Science Shouldn’t Come at the Expense of Black Lives 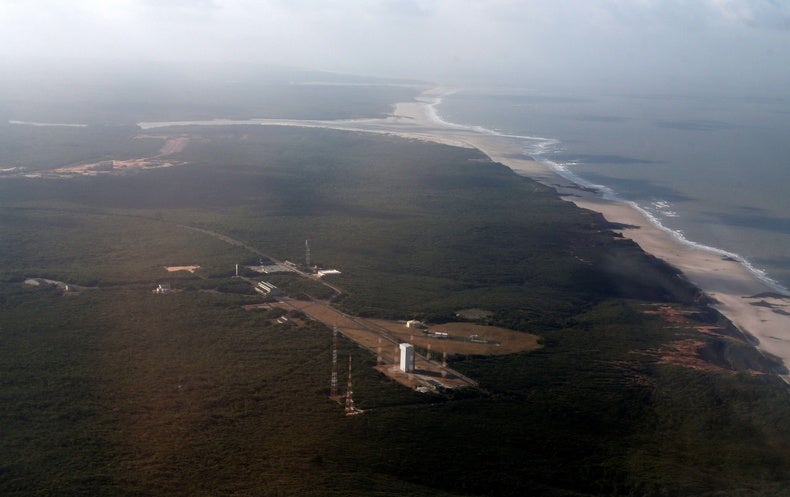 Star Trek portrayed a vision of the future that was more equitable and just than the world we live in—but the way it articulated space as a “final frontier” recalls a legacy of violent frontier exploration and colonialism in the name of displacement and resource extraction. Quilombolas from the ethnic territory of Alcântara, are all too familiar with this history. Quilombolas, the descendants of enslaved Africans who escaped from plantations in Brazil to create their own settlements, called quilombos, have historically faced racism and exclusion at the hands of the Brazilian state. One current example is their displacement from their land in order to expand the development of an equatorial launchpad that promises to enhance international investment in Brazil as a destination for space launches.

Although quilombo lands are explicitly protected in Brazil’s constitution, and these families have been living there for at least 200 years, the quilombolas of Alcântara have never formally been recognized by the Brazilian state as owners of their land. This absence of recognition allowed the military to take about 56 percent of Alcântara’s territory and remove 312 families in order to build the Brazilian Air Force’s Alcântara Space Launch Center in the 1980s—all by claiming that the area was essentially uninhabited. Beyond the trauma of forced displacement, the removal deprived these families from their main sources of food, exacerbating food insecurity in the area.

This is not just a matter of tragic, decades-old history. In 2021, it may all happen again. In 2019, Brazilian president Jair Bolsonaro signed a technology safeguard agreement with former President Trump that will allow Americans to use the Alcântara space base to launch rockets and satellites. This time, displacement threatens even more families and 12,000 hectares of quilombo territory. This means that 800 families risk being forced to leave their land at any moment.

As with the debate about the Thirty Meter Telescope (TMT) on Mauna Kea in Hawaii, the discussion about quilombo land rights and dignity is being framed as a discussion of science versus tradition. Alcântara is an ideal space launch site because it is on the equator, where Earth’s rotation gives rockets an extra velocity boost. In addition, Alcântara is a region that has traditionally been economically underresourced in the global capitalist economy. As with the debate about TMT, the argument goes that science is a hallowed activity and the region can benefit economically from the expansion of the Alcântara launch pad. However, as one of us argued with Keolu Fox in the Nation, the setup of science versus tradition or religion is a false juxtaposition.

The question of whether we should stop scientific projects in the name of promoting social justice highlights more of a false dilemma than the reality. In fact, we believe that framing the issue this way masks a much deeper problem of democratic governance. Bolsonaro’s government, at the behest of the United States, is making decisions that advance the business interests of a growing, billionaire-driven private space sector under the guise of being science-driven. The reality is that these authoritarian moves are driven not by curiosity about the universe but rather by the satellite market. Our leaders are arguing that the rights of Alcântara’s quilombolas should take a back seat in order to promote technological efforts that will supposedly benefit all of humanity. However, the groups suffer a double loss. In addition to having their fundamental rights violated, they are excluded from the supposed financial and technological benefits of this science-advancing project.

There is a violent logic which situates Black people in the Americas—descendants of kidnapped and enslaved Africans—as responsible for the scientific “backwardness” of humanity. This encourages people to turn against those of us who are calling for an ethical approach to science by encouraging the general public to see us as anti-science. It is notable that many people’s first introduction to quilombolas is through this question of whether it is okay to displace them in the name of science. Not only is it not okay, but it is also fundamentally unnecessary. We as a global community have access to other launch sites, and we can work together to come up with other approaches to our growing need. We can also come together to decide whether we do in fact have a growing need and, if so, what values are driving this.

As we face global warming, a planetary transformation that has been driven by technological development, it’s time to acknowledge that our old way of doing things is killing us. It’s time to democratize how decisions are made about land use and put the people of the land in a leadership role. We call on Biden to withdraw the U.S.’s request for further development of Alcântara, and we demand global support for quilombola land claims.