ALL EYES ON THE SENATE — Senate Majority Leader Chuck Schumer has teed up a packed June for the Senate — including political fights Democrats have punted until now. Schumer often brags about the unity in the caucus, but the coming votes will put his boast to the test since he can’t afford to lose a single vote.

First, they’ve got to finish the China competition bill. The bipartisan legislation was supposed to pass at the end of May, but consideration of the bill was delayed after some Republican senators raised concerns about cost and threw up procedural hurdles.

Paycheck fairness could come up next. House Democrats passed it in the last Congress and then lamented its demise in then-Majority Leader Mitch McConnell’s (R-Ky.) legislative graveyard. But it doesn’t seem any closer to becoming law in this Congress and no Republicans have signed on to the Senate version. Schumer also hinted at potential votes on gun control and LGBTQ equality legislation in June, but absent a deal with Republicans, those bills are likely doomed as well.

The drama-filled vote on S. 1 towards the end of the month is now a preordained outcome. Sen. Joe Manchin formally came out in opposition to the bill yesterday, but it’s not just the West Virginia Democrat. As my colleagues Burgess and Marianne reported at the beginning of May, at least a half-dozen Democrats had issues with the bill despite its 49 Democratic cosponsors. Manchin said Sunday he wanted to move forward on a separate voting rights measure named for John Lewis, but that bill also lacks much Republican support.

Democrats also want to confirm judges. After years of what Sen. Brian Schatz once called Republicans’ efforts to make the Senate a “factory” to confirm judges, Democrats now are starting to advance their own nominees.

And let’s not forget infrastructure! President Joe Biden is still talking to Sen. Shelley Moore Capito (R-W.Va.) over a potential bipartisan deal. He rejected Republicans’ last overture on Friday, and the two sides are still worlds apart on spending. With congressional Democrats eyeing July for passage, time is running out for a deal with GOP support.

A message from Chevron:

At Chevron, we believe in actions, not just words. Let’s cover some of the ways we’re reducing the carbon emissions intensity of our operations. Learn more below.

HAPPY MONDAY! Welcome to Huddle, the play-by-play guide to all things Capitol Hill, on this June 7, where I’m filling in for Olivia while she’s out this week. Regular programming returns next week.

FRIDAY’S MOST CLICKED: The New York Post’s story on how the leaders of the Republican Study Committee will hold a summit with Trump in New Jersey this Thursday was the big winner.

YOU GOT SERVED — Rep. Mo Brooks (R-Ala.) was finally served with a lawsuit by Rep. Eric Swalwell (D-Calif.) over his alleged role in inciting the Jan. 6 insurrection. Swalwell’s lawyers had said they had difficulty tracking Brooks down, but Brooks now says Swalwall’s team “committed Criminal Trespass” in his home while serving the lawsuit. Swalwell’s lawyers told CNN no crime was committed.

HEADS UP — The Capitol Police are holding a training exercise on the Capitol grounds this morning. A statement on the event warned of personnel on the grounds and added this note – “Please do not be alarmed if you see emergency vehicles and low flying helicopters.”

Related read: “Senate sergeant-at-arms: We need a vaccine for disinformation” from CNN: https://cnn.it/2Sjn0iy

TWITTER TROUBLES — As our friends at Playbook report, Sen. Dick Durbin’s Judiciary Committee spokesperson took a (since-deleted) Twitter swipe at Manchin on Sunday — a faux pas for a congressional staffer.

“All I’m saying is I don’t think our founding fathers anticipated the survival of this democratic experiment to rest in the hands of a man who lives in a house boat,” Jenna Valle-Riestra wrote. The tweet was deleted, but reporter Gabe Fleisher took a screenshot. Durbin’s comms director told Playbook the two senators were “friends” and that “any other interpretation misreads the relationship.”

POSTAL PROBLEMS — Former President Donald Trump might be out of power, but as the AP reports, Postmaster General Louis DeJoy “may be the closest thing” left in Washington, D.C. to him. Despite the increasing scrutiny of his role at the agency, he doesn’t appear to be going anywhere. All of this comes as Democrats accused him and the Trump administration of trying to delay mail-in voting last year and the Justice Department opened an investigation into political fundraising at his previous company,

The full story from the AP’s Will Weissert: https://bit.ly/3fZvXqq

BUSH WON’T BACK DOWN — When Rep. Cori Bush (D-Mo.) and other progressives voted against a nearly $2 billion emergency funding package for the Capitol Police and other security needs last month, they turned some heads. But as McClatchy’s Bryan Lowry and Kelsey Landis report, this is just the latest sign of her willingness to buck party leadership and chart her own course in Congress.

As they report, when House leadership got wind of their planned votes against the bill, they asked her fellow Missourian Rep. Emanuel Cleaver (D) to try to talk her into voting for it. Cleaver told McClatchy he’d brought up the non-police related provisions of the package in response to her objections to the additional police funding. “If you can’t vote on bonuses for Capitol Hill police, vote for the bonuses of people who clean the bathroom,” he said.

Bush listened to him, but ultimately voted against the package anyway, citing concerns about more police funding without reform of the agency. Now, she’s set to unveil her own police reform package this month. According to McClatchy, her bill will “provide grants intended to shift responsibility for various issues from police to other social services” — much of the kind of conversation many other Democrats would like to avoid after last year’s midterm losses.

GOP IMMIGRATION MOVES — While many Republicans are taking a Trumpian tack and are hammering the Biden administration over rising migrant crossings at the southern border, two members of their House freshman class are trying to steer their party toward a more welcoming immigration strategy.

As my colleague Olivia Beavers reports, Florida GOP Reps. Maria Elvira Salazar and Carlos Gimenez are promoting separate frameworks to overhaul the nation’s immigration system — which could help their party build on its surprising inroads among Latino voters. But their work is complicated by their party’s blunt-force messaging on the issue and criticism of the Biden administration.

Salazar’s plan would offer deportation protection to so-called Dreamers brought into the country illegally as younger people and a 10-year path to achieving a renewable legal status for employed undocumented immigrants with a clean criminal record. Salazar’s approach also expands visas for agricultural workers and boosts border security, a must-have for almost all of her party.

Gimenez’s plan is a narrower overhaul that would allow allow undocumented immigrants already working in the U.S. to pursue a pathway to citizenship by applying through their country of origin, without having to return to their countries to do so.

Their efforts come after past Republican-driven attempts on immigration reform have failed miserably. The most recent try in 2018 was voted down by a wide margin, after more than a month of negotiations between conservative members of the House Freedom Caucus, more immigrant-friendly moderates and GOP House leadership.

GEORGIA GOP FOR GREENE — Republican Rep. Marjorie Taylor Greene has been stripped of her committee assignments and rebuked by GOP leaders for comments comparing mask and vaccine requirements to the Holocaust. But back in Georgia, my colleagues found few critics of her at the state party convention.

Greene did not attend the convention. But as Maya King and David Siders report, many of the activists and party officials they talked to at the convention saw some appeal in her disregard for political correctness and her willingness to say what she believes.

“It’s like saying it’s ‘hot as hell,’” Debbie Dooley, a founder of the Tea Party movement in Atlanta, told them of Greene’s Holocaust comparison.

Read the full story from Maya and David: https://politi.co/3inGEEY

CONGRATS — A few members announced some good news over the weekend. Rep. Elise Stefanik (R-N.Y.) said she was pregnant with her first child. And Rep. Ruben Gallego (D-Ariz.) got married to Sydney Barron in Puerto Rico. 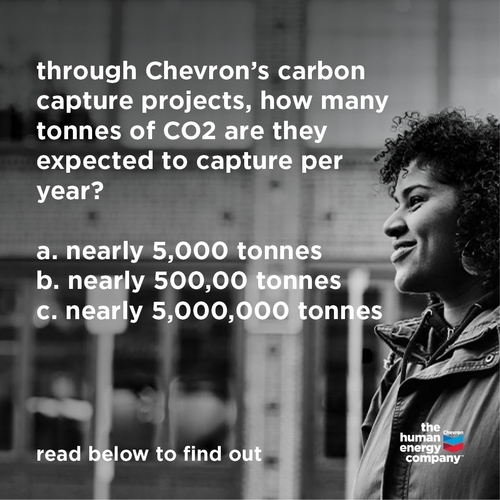 Robert Donachie starts as the Director of Media Relations at Athos PR today. Prior to that, he served as the House Freedom Caucus comms director and comms director for Rep. Chip Roy (R-Texas).

Melissa Brown will be taking over as HFC comms director. She is a Bob Good and Paul Gosar alum.

Leilani Gonzalez is now a policy associate at the Zero Emission Transportation Association. She previously was a legislative correspondent for Sen. Jacky Rosen (D-Nev.).

The House is out.

FRIDAY’S WINNER: Warren Cohen was the first person to correctly guess that the last Democrat elected president who had never won a statewide election was James Buchanan, a Senator who was chosen by the Pennsylvania state legislature.

From the questioner: “James Buchanan was a US Senator from Pennsylvania but chosen by the legislature and not in a popular election as it was prior to the 17th Amendment.

TODAY’S QUESTION: From Warren: Which postmaster general ran for president against the president who had appointed him to office? What was the result of the campaign?

The first person to correctly guess gets a mention in the next edition of Huddle. Send your answer to [email protected].

GET HUDDLE emailed to your phone each morning.

A message from Chevron:

Chevron believes the future of energy is lower carbon. So to help set our goals in motion, we’re tying executive compensation to lowering the carbon emissions intensity of our operations. And we’re already making strides. Through our carbon capture projects, we’re expected to capture nearly 5 million tonnes of CO2 per year. It’s only human to hold ourselves accountable. Learn more.