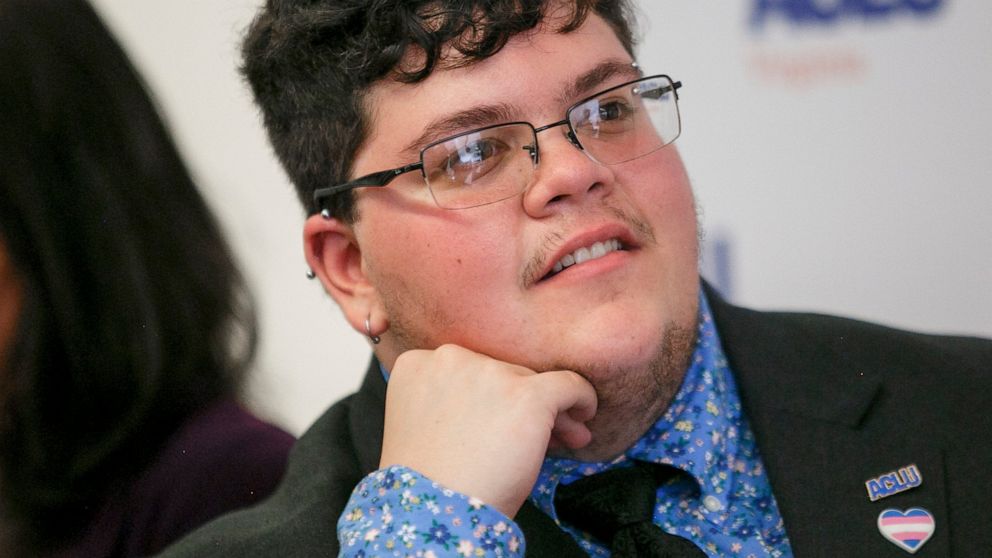 RICHMOND, Va. — A federal appeals court ruled Wednesday that a Virginia school board’s transgender bathroom ban is unconstitutional and discriminated against a transgender male student who was barred from using the boys bathrooms in his high school.

The ruling is a victory for transgender rights advocates and Gavin Grimm, a former student at Gloucester High School who was required to use restrooms that corresponded with his biological sex — female — or private bathrooms.

A three-judge panel of the Richmond-based 4th U.S. Circuit Court of Appeals found that the Gloucester County School Board violated Grimm’s constitutional rights when it banned him from using the boys bathrooms.

The appeals court wrote that the school board sent Grimm “to special bathrooms that might as well have said ‘Gavin’ on the sign.”

“Grimm was treated worse than students with whom he was similarly situated because he alone could not use the restroom corresponding with his gender,” the ruling stated. “Unlike the other boys, he had to use either the girls restroom or a single-stall option.”

An attorney for the Gloucester County school board, David Corrigan, declined to comment in an email to The Associated Press. He said the board is reviewing the court’s decision.

Grimm, who was represented by the American Civil Liberties Union, released a statement through the organization that said the court’s decision “is an incredible affirmation for not just me, but for trans youth around the country.”

“All transgender students should have what I was denied: the opportunity to be seen for who we are by our schools and our government,” he said.

The panel upheld a decision from a federal judge in Norfolk who ruled last year that Grimm’s rights were violated under the U.S. Constitution’s equal protection clause as well as under Title IX, a federal civil rights law that protects people from discrimination based on sex in education programs or activities that receive federal financial assistance.

Grimm’s lawsuit became a federal test case when it was supported by the administration of then-President Barack Obama. It was scheduled to go before the U.S. Supreme Court in 2017, but the high court hearing was canceled after President Donald Trump rescinded an Obama-era directive that students can choose bathrooms corresponding with their gender identity.

During arguments before the 4th Circuit in May, Grimm’s lawyer said the board treated Grimm differently than other students when it required him to use separate but unequal facilities — either bathrooms that corresponded with his biological sex — female — or private bathrooms.

“They were stigmatizing and humiliating,” said Joshua Block, an attorney with the American Civil Liberties Union.

Grimm began transitioning from female to male while he was a student at Gloucester High School, located in a mostly rural area about 60 miles (95 kilometers) east of Richmond. He had chest reconstruction surgery and hormone therapy. In 2016, when he was in 12th grade, he obtained a Virginia court order and Virginia birth certificate declaring his sex as male.

Corrigan, the school board attorney, had argued that the law protects against discrimination based on sex, not gender identity. He said that because Grimm had not undergone sex-reassignment surgery and still had female genitalia, the board’s position was that he remained anatomically a female.

Grimm, now 21, graduated in 2017. He now lives in California and is an activist for transgender rights.