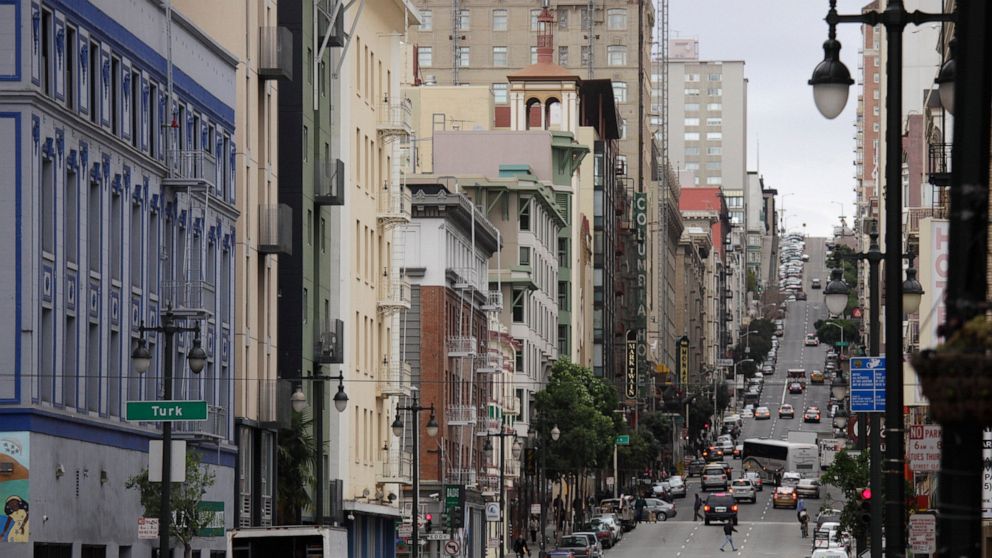 SAN FRANCISCO — San Francisco sued 28 alleged drug dealers who frequent a downtown neighborhood where broad daylight drug dealing and drug use is common, in an effort to clean up the area that has seen the city’s largest number of overdose deaths, authorities announced Thursday.

San Francisco City Attorney Dennis Herrera said the lawsuits, if approved in California Superior Court, would prevent the alleged dealers from entering a 50-block area in the Tenderloin and part of the neighboring South of Market neighborhood. Those who violate the court order would face arrest on misdemeanor charges, a $6,000 fine and the seizure of drugs and money.

“These lawsuits won’t solve the problems themselves but they are a step worth taking,” Herrera said.

The move comes after a 70% spike in overdose deaths in 2019, when 441 people died, more than half of them from fentanyl overdoses.

The Tenderloin neighborhood, which includes City Hall and several federal buildings, has a large homeless population and is just blocks from tourist-heavy Union Square. The neighborhood has long been a public safety problem with people shooting up or snorting powder on the sidewalks at all times of the day.

It has lots of single-occupancy hotels but is also home to many low-income families. The Tenderloin has the highest concentration of children in the city — about 2,260.

“You see people who are pushing strollers, mothers who have to go out onto the streets and go around the drug dealing, and the drug using,” said Mayor London Breed. “San Francisco has become the place to go to sell drugs, it is known widely, and that has got to stop.”

Of the 28 alleged drug dealers named, 27 live outside of San Francisco and come to the Tenderloin from Oakland, Hayward, San Jose, Suisun City and elsewhere, officials said. The injunctions target drug dealers who continuously pray on the Tenderloin and who have multiple arrests for sales or possession for sale of cocaine, methamphetamine, heroin and fentanyl, Herrera said.

Herrera’s effort follows a yearlong crackdown in the neighborhood by federal officials who in August 2019 announced the arrest of 32 people, mostly Honduran nationals tied to two international drug cartels that poured heroin and cocaine into the community.

Chris Nielsen, special agent in charge of the Drug Enforcement Administration in San Francisco, said an investigation launched in late 2017 uncovered two independent operations stretching from Mexico to Seattle in which mostly Honduran nationals living in the east San Francisco Bay Area commuted daily to the Tenderloin to sell drugs.

He said the “commuter drug dealers” acted like “independent contractors,” selling drugs in exchange for housing.