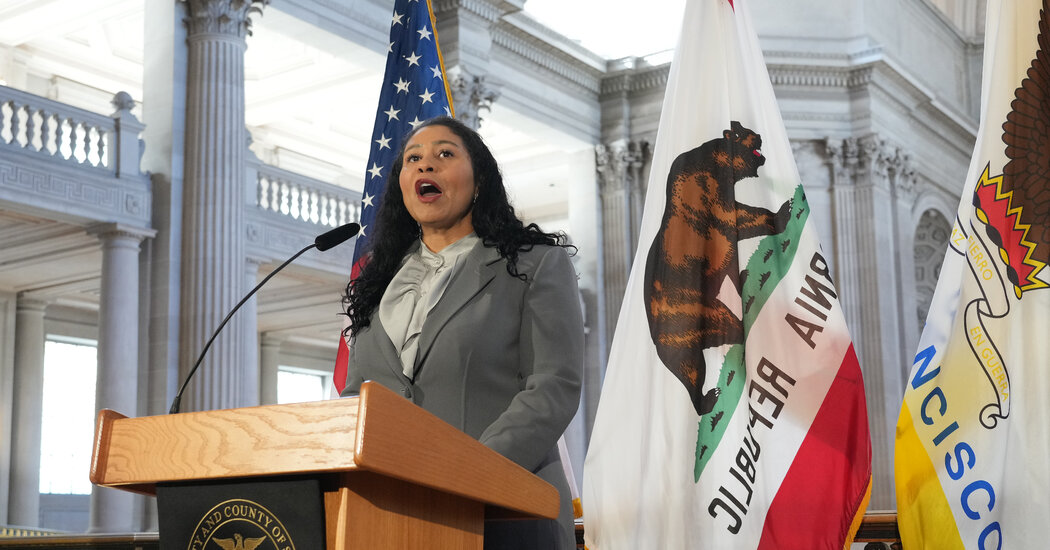 SAN FRANCISCO — Three weeks after a decisive vote to recall members of the San Francisco school board, the city’s mayor filled the vacated positions on Friday with a slate of parents who she said would tend to the “urgent needs” of the city’s public school students.

“These are three very strong, capable women,” Mayor London Breed said of her choices at the swearing-in ceremony for the new board members, or commissioners. The new commissioners, she added, “are willing to ignore the politics to focus on our kids.”

The commissioners, Ann Hsu, Lainie Motamedi and Lisa Weissman-Ward, ­­come from varied professional and ethnic backgrounds, but they share disappointment with the running of the school district, where all three women have children attending classes.

Many residents in the district, including Chinese Americans and Black residents, had argued for representation on the board.

Ms. Hsu is a Chinese American entrepreneur who has started businesses in fields from technology to yogurt. Ms. Motamedi is an Iranian American veteran of parent-teacher organizations and other educational groups in the city. And Ms. Weissman-Ward, whose father is Jamaican and whose mother is Jewish, is a Stanford University law professor. All three women will face elections in November for a second term.

Three commissioners were removed in the Feb. 15 recall election by a wide margin, a resounding reflection of parents’ frustration with the actions of the board.

The Chinese American community in particular was instrumental in organizing the recall.

Overall, the turnout in the recall election was 36 percent. But among voters who requested Chinese-language ballots, the turnout was 47 percent. David Lee, a political science lecturer at San Francisco State University, said the Chinese turnout was particularly notable because Asian American turnout in most elections was typically lower than the overall turnout by about 10 percentage points.

“A sleeping tiger, poked and woken up, is an apt description of what’s going on,” Mr. Lee said.

Asian Americans make up about 34 percent of San Francisco’s population, one of the largest proportions in a major American city. Thirty-nine percent of the city’s population is white, 16 percent Latino and 5 percent Black.

Laurance Lee, an alumnus of San Francisco public schools who has been critical of the city’s Board of Education, said the appointment of the new commissioners was an opportunity to focus on the essentials: the district’s budget deficit, falling enrollment, the search for a new superintendent and the need to lift math and reading levels among students, especially the most underserved.

In several of the city’s elementary schools, fewer than 20 percent of the students are reading at grade level or above.

“Literacy is something that the district has been jimmy-jacking around about for years,” he said.

One of the most prickly issues the board will face is the status of Lowell High School, an elite school that for decades accepted students based on their test scores and grades. During the coronavirus pandemic, the school board changed to a lottery process for admissions, stoking the ire of alumni and many parents, particularly in the Chinese community, for whom the school has traditionally served as a ladder to higher education and prosperity.

The district says that Lowell is banned by law from returning to a merit-based admissions system. But this week, a group of Lowell alumni sent a legal analysis to the general counsel of the school system, arguing that Lowell could legally revert to its old merit-based system because it was grandfathered.