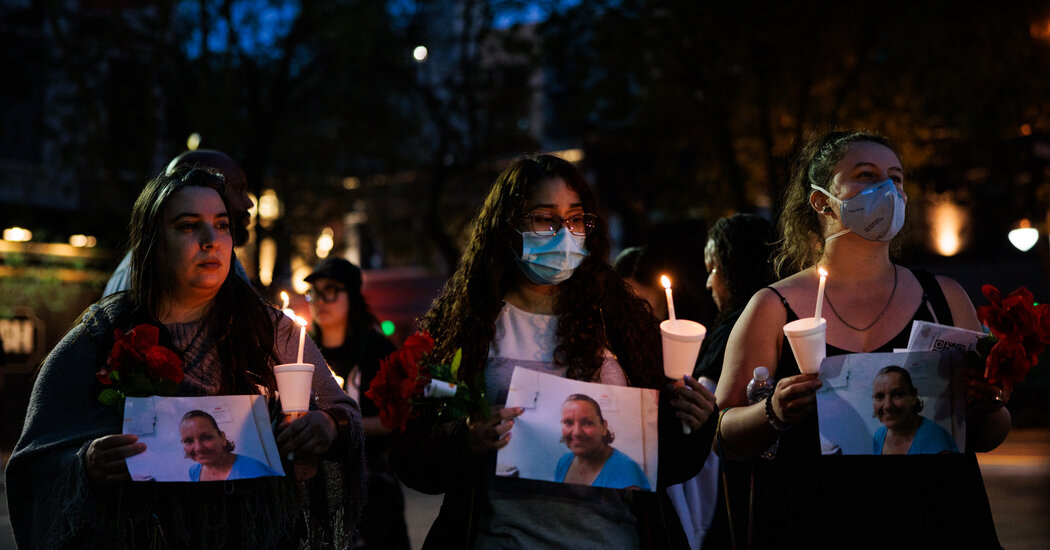 Despite its strict gun laws, California is by no means spared from the pains of gun violence.

In 2022, the state has already experienced 13 mass shootings, defined as a single event in which at least four people were shot, according to the nonprofit Gun Violence Archive.

The deadliest of these came over the weekend, when six people were killed and a dozen wounded in a crowded late-night strip of downtown Sacramento. The tragedy has fueled a push to further clamp down on guns in California.

“We’re standing right outside our great Capitol building, just blocks away from the horrific scene of the worst mass shooting in Sacramento history,” State Senator Robert Hertzberg said in a news briefing Tuesday afternoon. “The alarm bells are blazing. We could not have a clearer call for action on gun violence.”

On Tuesday, Hertzberg and his colleagues promoted a package of bills aimed at reducing gun violence, including one that would make it easier for people to sue gun companies for liability in shootings. Other measures would tighten restrictions on unregistered firearms and marketing guns to minors.

Arguably the most controversial of these proposals called for by Gov. Gavin Newsom is modeled after a Texas abortion ban that allows private citizens to sue anyone who helps a woman get an abortion.

California’s proposal, S.B. 1327, would offer $10,000 bounties to encourage lawsuits from private citizens against anyone who manufactures, distributes or sells assault weapons, .50-caliber rifles, ghost guns or ghost gun kits. (If you’re unfamiliar with ghost guns, I recommend this Times article on the recent proliferation of these untraceable, homemade firearms.)

Hertzberg, the bill’s lead author, said he opposed the Texas law, which he said had been “horribly upheld” by the Supreme Court. But, he added, “every gun that we can take off of the street — if that’s a ghost gun or an assault weapon — through any creative means, to me is a good thing.”

The announcement comes as new research reveals the dangers of having a gun in the home in California. Stanford University researchers published a groundbreaking study this week that found that people who lived with someone who owned a handgun were almost twice as likely to die by homicide as their neighbors without guns.

After the Sacramento shooting, President Biden called for movement on federal gun legislation. He pleaded with Congress to ban ghost guns, require background checks for all gun sales, and ban assault weapons and high-capacity magazines.

“We must do more than mourn; we must act,” Biden said in a statement.

“Though a mere 11 miles north of San Francisco at the northern end of the Golden Gate Bridge, the quaintly seductive hillside village of Sausalito feels as though it is thousands of miles away from the city.

Strolling with someone you love along Sausalito’s waterfront, which radiates a vibe reminiscent of Italy’s Amalfi Coast, is the stuff of which lifelong memories are made. The town’s eclectic mix of restaurants, shopping and inns, punctuated by some of the most attractive scenery on the West Coast, makes time spent in Sausalito wholly satisfying.

To travel to San Francisco and fail to make that short drive across the bridge to visit Sausalito is to miss out on one of the most charming experiences California has to offer.”

When Joshua Miele was a freshman at U.C. Berkeley in 1987, he discovered a hideaway in a library basement. It had a “sofa” made of seats pulled from a van, and smelled of takeout and coffee and books.

The room’s university-sanctioned name was the blind students study center, but most people called it the Cave.

Today, Miele is a MacArthur fellow who builds adaptive technologies at Amazon. He is just one of a generation of leaders, innovators and creatives who are reshaping the world — and have roots in the Cave.

Mariel Wamsley contributed to California Today. You can reach the team at CAtoday@nytimes.com.