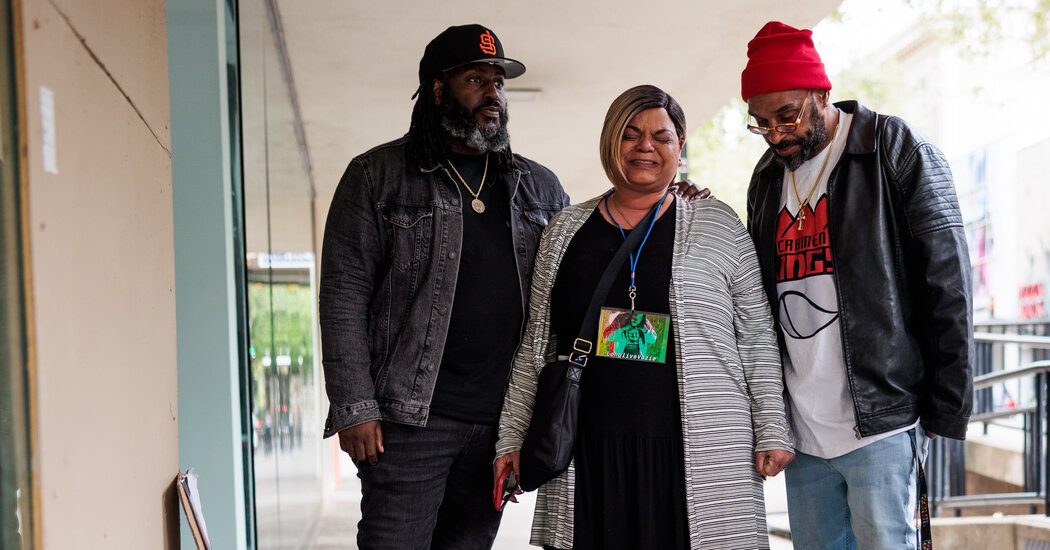 SACRAMENTO — The Sacramento Police Department said on Wednesday that “gang violence” was at the center of the shooting that killed six people and wounded 12 over the weekend and that at least five gunmen were involved.

“While we cannot at this time elaborate on the precise gang affiliation of individuals involved, gangs and gang violence are inseparable from the events that drove these shootings,” the department said in a statement.

The shooting, one of the deadliest in the city’s history, occurred outside nightclubs in downtown Sacramento early Sunday morning. Among the dead were a supermarket clerk and a homeless woman.

The police said on Wednesday that the shooting involved at least “two groups of men,” but the notion of gang violence has changed significantly in the decades since the Crips and the Bloods gained notoriety in California.

Sacramento’s gang structure has splintered in the past two decades away from the traditional Crips and Bloods rivalry, researchers say. Several groups have since sprouted around the region, forming “subsets” of gangs in which confrontations are more personal and less about turf.

Specific motives for the recent shooting could be any number of things, law enforcement officials said. But the widespread availability of firearms amplified the deadliness of the dispute. The police said on Monday that they had recovered more than 100 shell casings from the scene, which was just a few blocks from the Capitol grounds.

“Different cliques see each other, and it could be a destructive thing, unfortunately, because of the politics,” Mr. Dearborn said. “There’s certain things you do and you don’t do. It could be about anything — money, people you mess with, jail.”

Law enforcement officials in Sacramento say they have not ruled out the possibility that some of the victims in the firefight were also gunmen. One of the victims, Sergio Harris, has been identified in previous cases as a gang member from Del Paso Heights, a north Sacramento community.

The police have announced the arrests of three men since the shooting, but the levels of involvement by those suspects remain unclear. More than five shooters may be identified, the police said, after investigators untangle what weapons were used and by whom, studying evidence that includes 200 videos and photos.

The police said on Wednesday that Dandrae Martin fired a weapon in the shooting. Smiley Martin was released on probation in February after serving four years in prison for kidnapping and assault with a deadly weapon, according to the California Department of Corrections and Rehabilitation.

Another man, also charged with illegal possession of a firearm, Daviyonne Dawson, was arrested on Monday after detectives spotted him carrying a weapon in the “immediate aftermath” of the shooting, a police statement said.

“At this time, Dawson is not charged with crimes directly related to the shootings,” the statement said. “Based on the type of firearm recovered, detectives do not believe that this gun was used in the shooting.”