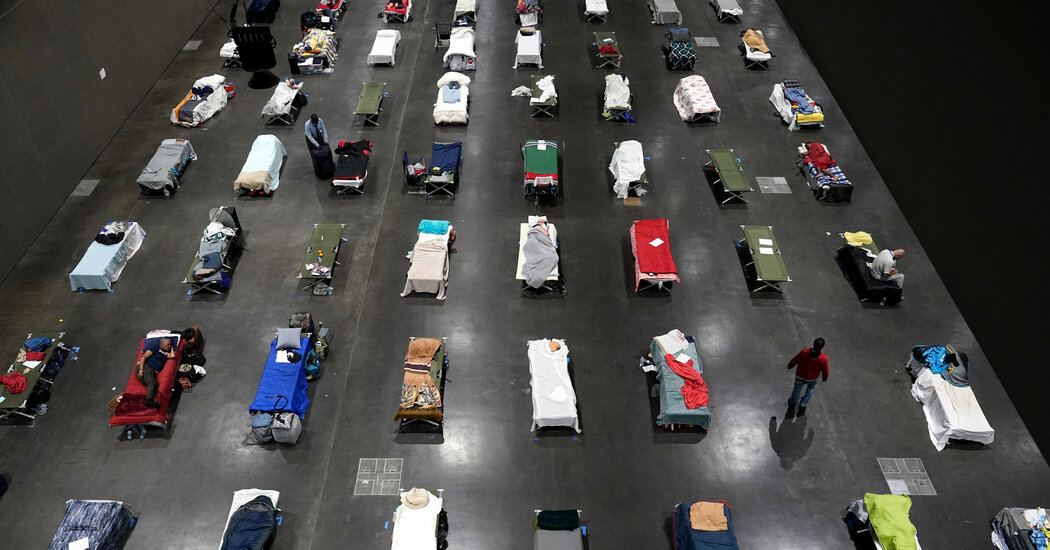 Housing advocates have long criticized “right to shelter” laws as too narrow and too easily used to warehouse homeless people, as opposed to getting them into permanent housing. “Right to housing” laws are far broader, requiring cities to dramatically expand the supply of long-term housing and move beyond temporary cots and beds in shelters and church basements.

More than a quarter of the nation’s homeless population resides in California, where the number of people sleeping in freeway shantytowns and sidewalk tent cities has risen steadily over the past decade to more than 160,000 from Eureka to San Diego. Sacramento County’s homeless population was estimated at nearly 6,000 before the coronavirus pandemic, despite years of effort and expense. The mayor said the county has housed more than 13,000 homeless people over the past four and a half years.

But the mayor said cities in California were not required by law to provide housing and services for people without shelter, which often allows humanitarian efforts to devolve into political infighting and blue-ribbon commissions rather than solutions. A right to housing would create a legal cudgel, he said, that would force cities to take the often politically difficult steps of constructing affordable housing.

“It is far past time to address the root of this dysfunction rather than the symptoms,” Mr. Steinberg said. “Name another area of major public concern where everything government does is optional.”

The right-to-housing movement, which dates to the New Deal, has drawn particular attention since 2018, when the United States Court of Appeals for the Ninth Circuit struck down laws against homeless camping, finding that it was cruel and unusual punishment to prosecute people for sleeping outside if appropriate shelter was unavailable.

That decision, upheld by the U.S. Supreme Court, greatly limited the enforcement options available to local governments to deal with encampments of homeless people, which during the pandemic have spread to cover parks, sidewalks, freeway underpasses and beaches in many California cities.