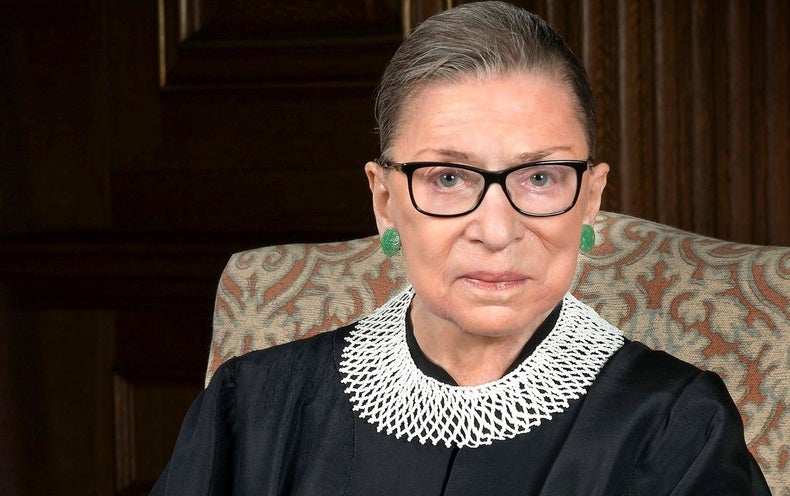 This year, 2020, has been one of incredible loss.  We are approaching 200,000 deaths in America from the COVID-19 pandemic, and nearly a million around the globe.  And on the streets the killing of Black, Indigenous, Latinx or others of color, George Floyd, Breonna Taylor, Daniel Prude, Rayshard Brooks and nearly 1000 others at the hands of those sworn to protect us continues a long history of loss due to racism.

Last night, the devastating loss continued with the death of Supreme Court Justice Ruth Bader Ginsberg. Justice Ginsburg was a long-time champion of civil rights and a key vote on a closely divided court.  Along with the passing of Congressmen Elijah Cummings and John Lewis this latest loss feels like a body blow.  To those who believe, as I do, that Constitution’s 14th amendment mandate of equal protection are at the heart of our democracy, the loss of these giants from public life brings even greater uncertainty in a time of extraordinary uncertainty.

Justice Ginsburg would likely have played a pivotal role in in a host of cases before the court in this coming year.  A large proportion of those cases involve equal protection or civil rights by my reading.  Others involve government transparency including a case between the US Fish and Wildlife Service and  National Marine Fisheries Service versus the Sierra Club concerning public information related to Endangered Species Act Biological Opinions.  I and my colleagues at UCS have filed an Amicus Brief in that case supporting greater transparency.

Justice Ginsburg would also have played a critical role in deciding which cases the court will hear in future.  Given the long list of attacks on science we have tracked over the last three and a half years, and an equally long list of regulatory rollbacks that have been vociferously disputed it is highly likely some of those issues will ultimately reach the court.  Here are a few examples where Justice Ginsburg’s loss will be felt acutely.

Justice Ginsburg touched the lives of everyone in this country whether we know it or not.  Her passing will be a loss—for women’s rights, civil rights, equal protection and wisdom in our democracy.

I close with a quote from the Justice: “Think back to 1787. Who were ‘we the people‘? … They certainly weren’t women … they surely weren’t people held in human bondage. The genius of our Constitution is that over now more than 200 sometimes turbulent years that ‘we’ has expanded and expanded.”

Why Do Virus Variants Have Such Weird Names?

Does this Make Sense? Gasoline Delivered to Your Car

How Green Are Electric Vehicles?