Russia’s Putin gets Chinese backing to stay in G20 – Reuters.com 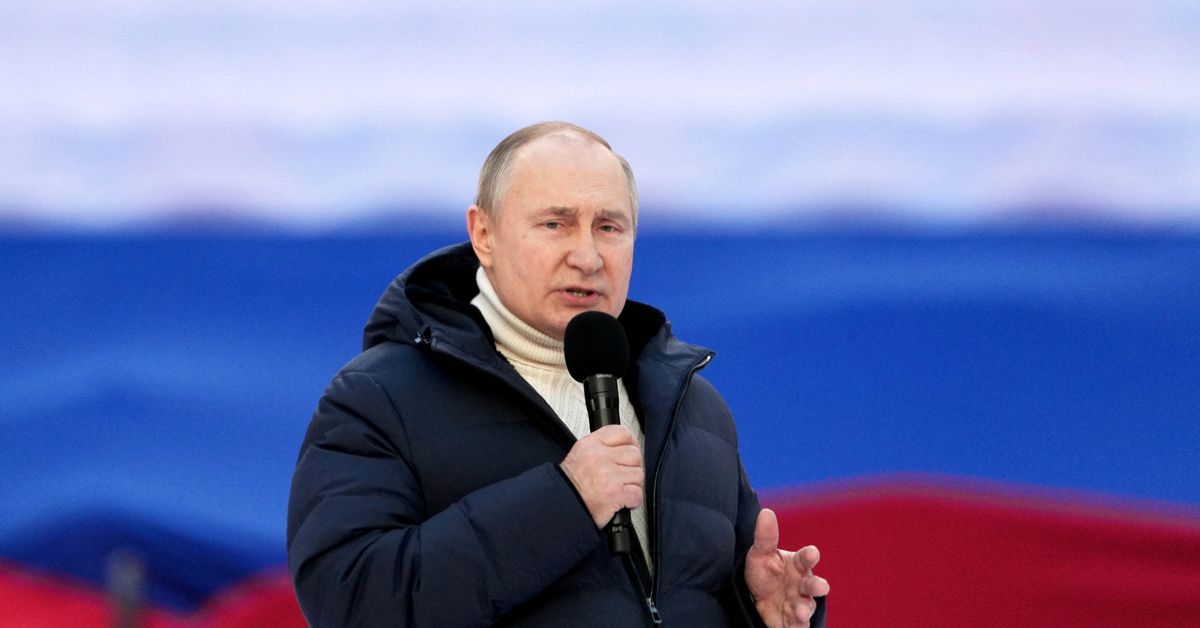 JAKARTA, March 23 (Reuters) – Russian President Vladimir Putin plans to attend the next G20 summit in Indonesia later this year and received valuable backing from Beijing on Wednesday in a pushback to suggestions by some members that Russia could be barred from the group.

The United States and its Western allies are assessing whether Russia should remain within the Group of Twenty major economies following its invasion of Ukraine, sources involved in the discussions told Reuters.

But any move to exclude Russia would probably be vetoed by others in the group, raising the prospect of some countries instead skipping G20 meetings, the sources said. read more

Russia’s ambassador to Indonesia, which currently holds the rotating G20 chair, said Putin intended to travel to the Indonesian resort island of Bali for the G20 summit in November.

“It will depend on many, many things, including the COVID situation, which is getting better. So far, his intention is… he wants to,” Ambassador Lyudmila Vorobieva told a news conference.

Asked about suggestions Russia could be kicked out of the G20, she said it was a forum to discuss economic issues and not a crisis like Ukraine.

“Of course expulsion of Russia from this kind of forum will not help these economic problems to be resolved. On the contrary, without Russia it would be difficult to do so.”

China, which has not condemned Russia’s invasion and criticised Western sanctions, defended Moscow on Wednesday, calling Russia an “important member” of the G20.

The G20 is a group that needs to find answers to critical issues, such as economic recovery from the COVID-19 pandemic, Chinese Foreign Ministry spokesman Wang Wenbin said.

“No member has the right to remove another country as a member. The G20 should implement real multilateralism, strengthen unity and cooperation,” he told a news briefing.

Indonesia’s foreign ministry declined to comment on calls for Russia to be excluded from the G20.

Russian President Vladimir Putin sent his troops into Ukraine on Feb. 24 on what he calls a “special military operation” to demilitarise and “denazify” the country. Ukraine and the West say Putin launched an unprovoked war of aggression. read more

‘BUSY WITH SOMETHING ELSE’

Russia is facing an onslaught of international sanctions led by Western countries aiming at isolating it from the global economy, including shutting it out of the SWIFT global bank messaging system and restricting dealings by its central bank.

On Tuesday, Poland said it had suggested to U.S. commerce officials that it replace Russia within the G20 group and that the suggestion had received a “positive response”.

German Chancellor Olaf Scholz said G20 members would have to decide but the issue was not a priority now.

“When it comes to the question of how to proceed with the WTO (World Trade Organization) and the G20, it is imperative to discuss this question with the countries that are involved and not to decide individually,” Scholz said.

“It is quite clear that we are busy with something else than coming together in such meetings. We urgently need a ceasefire.”

Russia’s participation in the G20 is almost certain to be discussed on Thursday, when U.S. President Joe Biden meets allies in Brussels.

“We believe that it cannot be business as usual for Russia in international institutions and in the international community,” U.S. National Security Adviser Jake Sullivan told reporters.

“It has been made very clear to Indonesia that Russia’s presence at forthcoming ministerial meetings would be highly problematic for European countries,” said the source, adding there was, however, no clear process for excluding a country.

Indonesia’s deputy central bank governor, Dody Budi Waluyo, said on Monday Jakarta’s position was one of neutrality and it would use its G20 leadership to try to resolve problems, but Russia had a “strong commitment” to attend and other members could not forbid it from doing so.