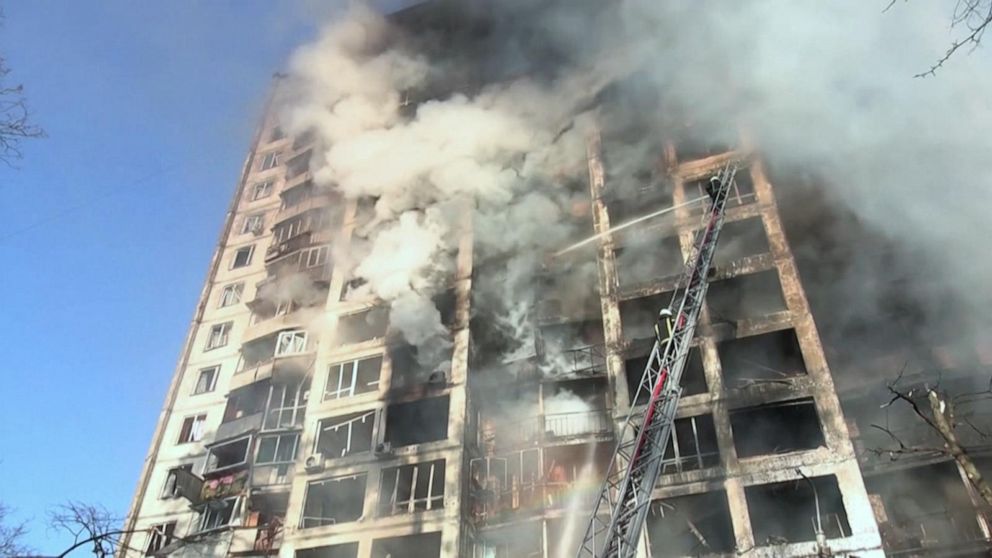 NEW YORK — A Russian state television employee who interrupted a live news program by protesting against the war with Ukraine was ordered to pay a fine by a Russian court Tuesday.

Marina Ovsyannikova, an employee of Russia’s state-run Channel One, walked into the studio during Monday’s evening news show with a poster saying “no war” and “Russians against the war.”

In a video recorded before her action, Ovsyannikova said that her father is Ukrainian and her mother is Russian. She said that “Russia is the aggressor country and one person, Vladimir Putin, solely bears responsibility for that aggression” and urged Russians to join anti-war protests.

Ovsyannikova spent the night in police custody and on Tuesday Moscow’s Ostankino District Court ordered Ovsyannikova to pay a fine of 30,000 rubles (about $270) on charges of organizing unsanctioned actions for her call to take part in demonstrations against the war.

The Investigative Committee, Russia’s top state investigative agency, is also conducting a probe against Ovsyanikova on charges of publicly spreading false information about the Russian military — new punitive legislation adopted a day after Russia invaded Ukraine on Feb. 24. If convicted of that charge, she could face up to 15 years in prison.

Asked about Ovsyannikova’s action, Kremlin spokesman Dmitry Peskov described her move as “hooliganism,” noting that interference with a live broadcast is a serious offense.

The Russian government has taken a sweeping effort to cut independent sources of information about the war, imposing blocks on the BBC Russian service, the U.S. government-funded Voice of America and Radio Free Europe/Radio Liberty, German broadcaster Deutsche Welle and Latvia-based website Meduza.