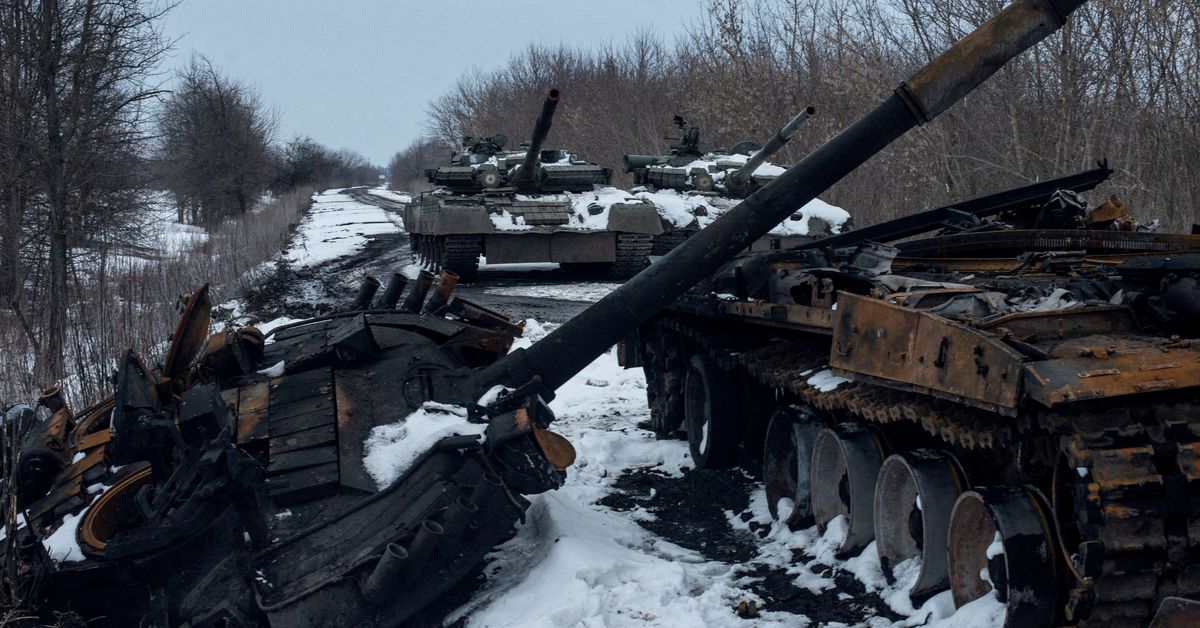 LONDON, March 22 (Reuters) – A Russian newspaper has accused hackers of planting fake news on its website after a report appeared there for more than six hours saying nearly 10,000 Russian soldiers had been killed in Ukraine.

An article on the site of tabloid paper Komsomolskaya Pravda, captured by a web archive tool, quoted the Russian defence ministry as saying 9,861 Russian servicemen have been killed and 16,153 wounded in what Moscow calls its special military operation in Ukraine.

Those figures had been removed from a version of the same article visible on the website on Tuesday.

Instead, an advisory said: “On March 21, access to the administrator interface was hacked on the Komsomolskaya Pravda website and a fake insert was made in this publication about the situation around the special operation in Ukraine. The inaccurate information was immediately removed.”

If the figures were true, the Russian death toll from the 27-day-old war in Ukraine would equate to about two-thirds of the estimated 15,000 servicemen who died during the 10-year Soviet occupation of Afghanistan from 1979.

Russia has not officially updated its casualty figures since stating on March 2 that 498 servicemen had been killed and 1,597 wounded. Since then its offensive has run into further heavy resistance from Ukraine’s army and volunteer defence forces.

Kremlin spokesman Dmitry Peskov told reporters on a conference call on Tuesday that he had no information on casualty numbers. He declined to comment on the website incident, saying it was a question for the newspaper.

Alexander Gamov, a Kremlin correspondent for the paper, said on the same call that its website had been hacked and fake information had appeared there for several minutes.

A search using the non-profit Internet Archive’s Wayback Machine (archive.org) showed the figures had been visible on the Komsomolskaya Pravda website for six hours and 35 minutes between 1213 GMT and 1848 GMT on Monday.

The records show the article was then briefly inaccessible before reappearing at 1939 GMT without the casualty numbers.

Ukrainian presidential adviser Mykhailo Podolyak, referring to the alleged figure of 9,861 Russian deaths, wrote on Telegram: “This is only the beginning of the realisation of their national catastrophe. Because in the real world there are almost twice as many as Russians killed.”

It was not possible to independently verify any of the purported casualty claims.

Komsomsolskya Pravda is among Russian media which have loyally followed President Vladimir Putin’s line that Moscow is pursuing a special operation in Ukraine to demilitarise and “denazify” the country – an argument rejected by Ukraine and the West as a false pretext to invade a democratic country.

The incident marked the second time that media loyal to the Kremlin’s line on the war have struggled to stay on message.

Last week, an editor at Channel One state TV news appeared live in the studio for several seconds shouting anti-war slogans and holding a “NO WAR” poster during an evening news show. The woman, Marina Ovsyannikova, was fined 30,000 roubles ($280) by a court, after the Kremlin denounced her protest as “hooliganism”.