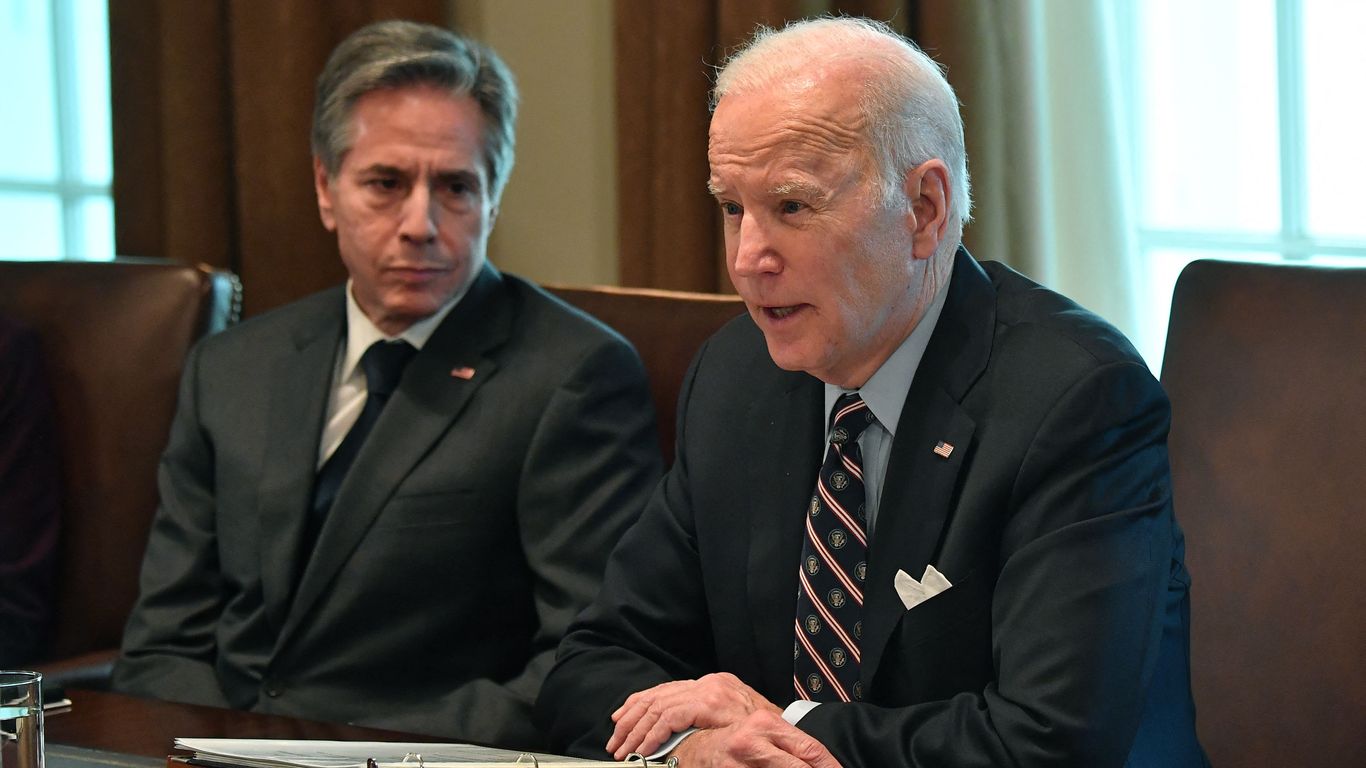 Russia has sanctioned President Joe Biden, Secretary of State Antony Blinken and several other administration officials in retaliation for U.S. sanctions on Russian banks, oligarchs and commodities over Moscow’s unprovoked invasion of Ukraine, per Bloomberg News. .

Why it matters: The sanctions, while largely symbolic and expected, still mark an escalation in hostilities between the U.S. and Russia.

The big picture: Because of its invasion of Ukraine, Russia has surpassed Iran as the most sanctioned country in the world, while numerous Russian elites, including President Vladimir Putin, have been directly sanctioned by multiple countries.