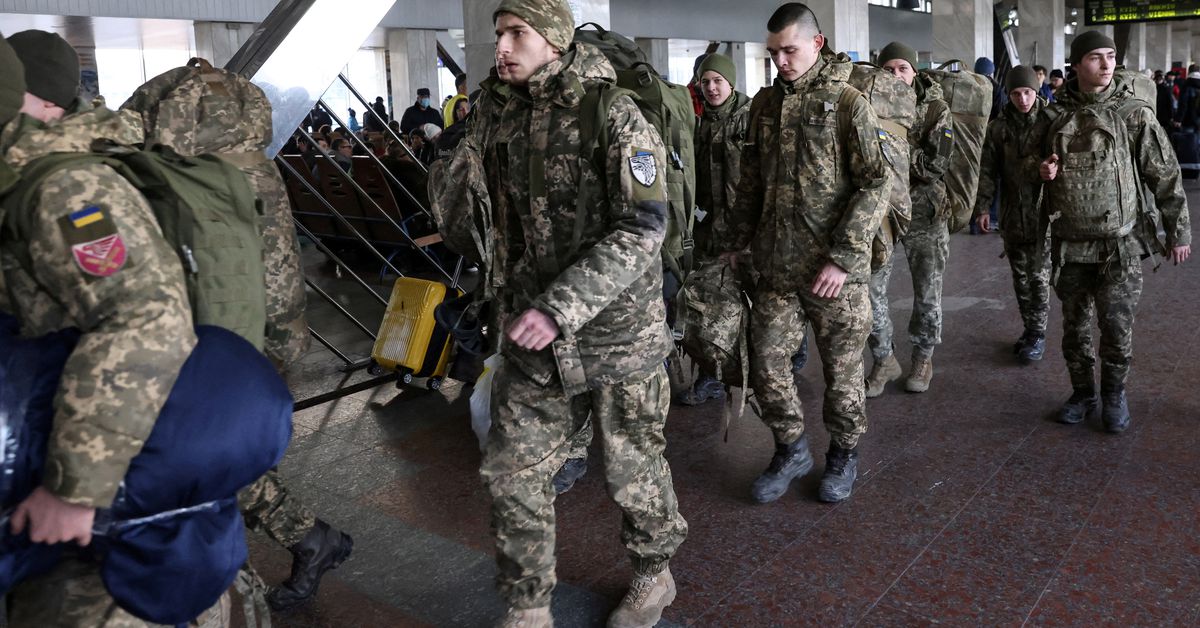 LONDON, Feb 27 (Reuters) – Russian exports of all commodities from oil and metals to grains will be severely disrupted by fresh Western sanctions, dealing a blow to Russia’s economy and hurting the West with a spike in prices and inflation, traders and analysts said.

The United States and its allies on Saturday moved to block certain Russian banks’ access to the SWIFT international payment system in further punishment to Moscow as it continues its military assault against Ukraine. read more

While some Russian banks – including Gazprombank, which services large oil and gas payments – have escaped full blocking sanctions, traders and analysts said the time it takes to switch to new systems will still mean major upheavals to flows.

The measures, which will include restrictions on the Russian central bank’s international reserves, will be implemented in the coming days, with officials saying some exemptions for energy were being worked out.

“While trying to exempt energy transactions, SWIFT can still cause significant disruption to energy trade flows in the near term, at least until buyers switch to alternatives like Telex or other systems,” said Amrita Sen, co-founder of the Energy Aspects think-tank.

“On other commodities – I can’t see how trade continues without the exemptions,” she said.

SWIFT, or the Society for Worldwide Interbank Financial Telecommunication, is a secure messaging system that facilitates rapid cross-border payments, transferring trillions of dollars a year in what has become the principal mechanism for financing international trade.

Russia produces 10% of global oil and supplies 40% of Europe’s gas. It is the world’s largest grains and fertilisers exporter, top palladium and nickel producer, third-largest exporter of coal and steel, and fifth-largest wood exporter.

The bid to exclude from the trading system whole chunks of the world’s 11th largest economy – and supplier of one-sixth of all commodities – has no precedent in the globalised age.

It comes as the West is struggling with record high energy prices amid galloping inflation. read more

At least 10 oil and commodities traders, who spoke to Reuters on condition of anonymity, said flows of Russian commodities to the West will be severely disrupted or totally halted for days if not weeks until some clarity is established on exemptions.

“You can still use internal systems of international banks having branches in Russia, but it will be quite a mess,” said a banker with a large Western bank with exposure to Russia, asking not to be named due to the sensitivity of the issue.

Some traders said while Russian banks that were still off the sanctions list, such as Surgutneftegasbank, could probably clear dollars, that did not necessarily solve the problem.

“Lots of companies will treat Russian oil as sanctioned and not touch it even if it is allowed,” said a senior executive from a major Western oil trading desk, also asking not to be named due to the sensitivity of the matter.

“So it feels like maximum pain for the next two to three days while people work out what pathways are open,” he added.

Russian energy and commodity flows to Asia, especially to China, will likely continue.

Both China and Russia have been developing alternatives to SWIFT. Beijing has been encouraging the use of its homegrown alternative, known as the CIPS clearing and settlement services system, while Moscow has set up its own banking messaging system, known as SPFS.

Russian officials have said the country can re-route its exports to China in case flows to the West are disrupted. But analysts have said gas cannot be re-routed at all, while Beijing’s capacity to take more oil is limited.