Russia Claims to Use a Hypersonic Missile 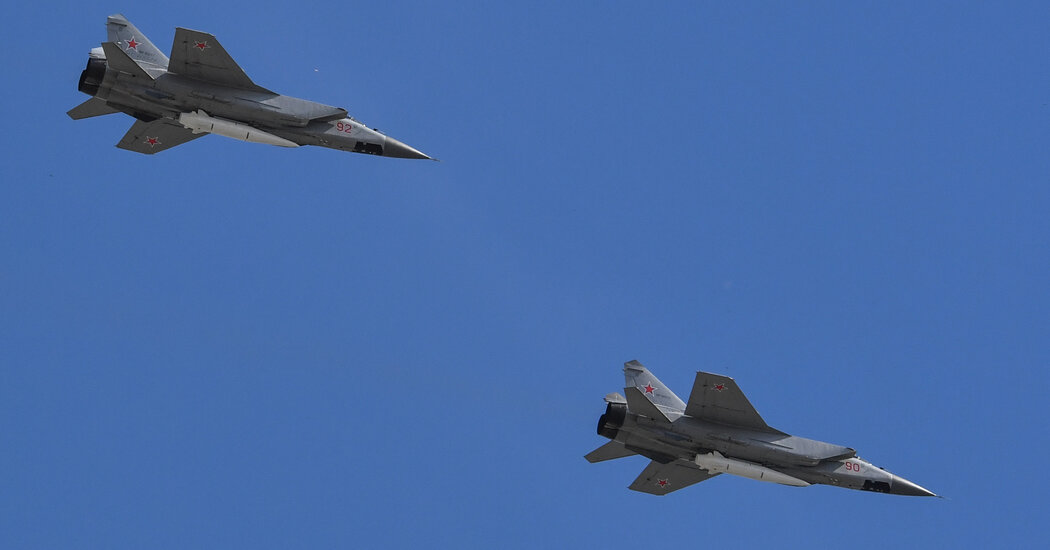 WASHINGTON — Russia has fired scores of guided missiles into Ukraine, but on Saturday it claimed for the first time that it had launched one capable of hypersonic speed in an attack on an ammunition depot in western Ukraine. The report could not be independently verified, but if true could be the first use of a hypersonic weapon in combat.

Hypersonics, generally defined as weapons capable of flying at speeds over Mach 5, or five times the speed of sound, are at the center of an arms race among the United States, Russia and China.

The United States has pursued development of this type of weapon since the early 2000s, focusing on two different variants, according to a report released Thursday by the Congressional Research Service.

The first is a “hypersonic glide vehicle” which is launched from a rocket and then separates before gliding to a target, and the second is a faster version of a cruise missile, which could be launched by submarines, ships, airplanes and ground vehicles, the report said. The Pentagon requested $3.8 billion for hypersonic research in fiscal year 2022.

The report notes that the Department of Defense has shown growing interest in developing these weapons in part because of advances made by Russia and China. Those countries “have a number of hypersonic weapons programs and have likely fielded operational hypersonic glide vehicles — potentially armed with nuclear warheads,” according to the report.

Yuriy Ignat, a spokesman for Ukraine’s military, confirmed Saturday that Russian forces had hit an underground warehouse in western Ukraine but said the type of missile involved “is yet to be determined.”

The Pentagon did not immediately respond on Saturday morning to a request for comment on Russia’s claim.

In recent briefings at the Pentagon, defense officials have declined to comment on reports that Russian forces have used weapons like cluster munitions — which split open in midair and spread smaller bomblets — and thermobaric explosives, which create more-powerful and longer-lasting blast waves than traditional high explosives.

But they have offered a running tally of short- and medium-range ballistic missiles, cruise missiles, and surface-to-air missiles fired by Russian forces. On Wednesday, a senior defense official, who spoke on the condition of anonymity to discuss details of the war in Ukraine, said that Russian troops had launched more than 1,080 missiles since the war began on Feb. 24.