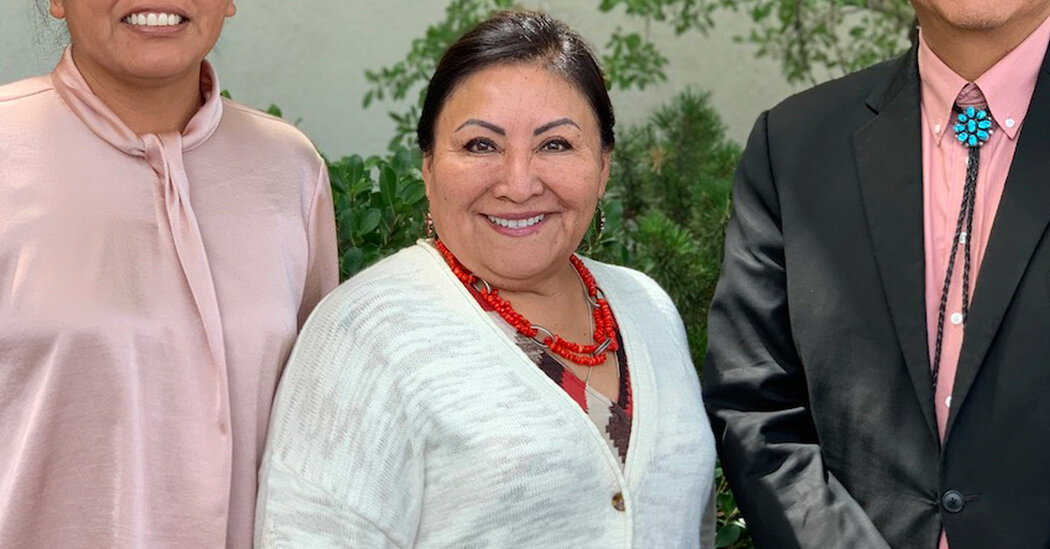 WASHINGTON — President Biden said Wednesday he would nominate Roselyn Tso to serve as director of the Indian Health Service, raising hopes of a fresh start for an agency that has drawn intense criticism over the years for failing to provide adequate care to tribal communities.

Ms. Tso, a member of the Navajo Nation, is currently the director of the Navajo Area of I.H.S., overseeing the delivery of health services to more than 240,000 Native Americans in the Southwest.

If confirmed, she would replace Elizabeth A. Fowler, a member of the Comanche Nation descended from the Eastern Band of Cherokee Indians, who has led the agency on an interim basis since January 2021. Rear Adm. Michael Weahkee led the agency during the Trump administration, but served in an acting capacity until April 2020.

Mr. Biden’s choice of Ms. Tso comes more than a year into his presidency. He made a campaign promise to address the longstanding issues plaguing the Indian Health Service, which has suffered from a lack of consistent permanent leadership.

Ms. Tso has been with the agency since 1984, with stints at the Portland Area office, in Oregon, and the agency’s headquarters in Rockville, Md.

“The Indian Health Service director plays a critical role in raising the health status of Native peoples and upholding the federal government’s trust responsibility to Native communities,” said Senator Brian Schatz, Democrat of Hawaii, chairman of the Senate Committee on Indian Affairs. “I am committed to seeking Indian Country’s input on Ms. Tso’s nomination as the committee carefully considers her qualifications.”

The Indian Health Service consists of 26 hospitals, 56 health centers and 32 health stations, and provides care to 2.6 million members of the nation’s tribal communities — roughly half. The hospitals, scattered across a dozen administrative regions, range in size from four beds to 133.

The agency has long faced shortages of funding and supplies, but the pandemic brought those disparities to the fore, with disproportionally high rates of infection and death among Native Americans.

Critics say the agency, with an annual budget of more than $6 billion, has been chronically neglected by Congress and successive administrations. Staffing vacancies abound in its hospitals, and the Native American communities it serves have some of the worst health outcomes in the country.

The National Congress of American Indians, in a statement, applauded the Biden administration for taking steps to fill a position that is crucial to making sure that I.H.S. is prepared to meet the needs of Indian Country.

Navajo Nation, which includes parts of Arizona, New Mexico and Utah, was among the hardest-hit areas of the United States during the pandemic. Jonathan Nez, the president of the Navajo Nation, said he endorsed Ms. Tso to lead the agency.

He said Ms. Tso’s experience leading the agency’s largest service area has prepared her to run the agency, which is part of the Department of Health and Human Services.

Mr. Nez said Indian Country has longed for permanent leadership at the Indian Health Service and hoped that Ms. Tso could move through the confirmation process without delay.

“There is an urgency to get this I.H.S. director position filled,” he said. “She’s been vetted by the White House and really we need to come together and get this done.”