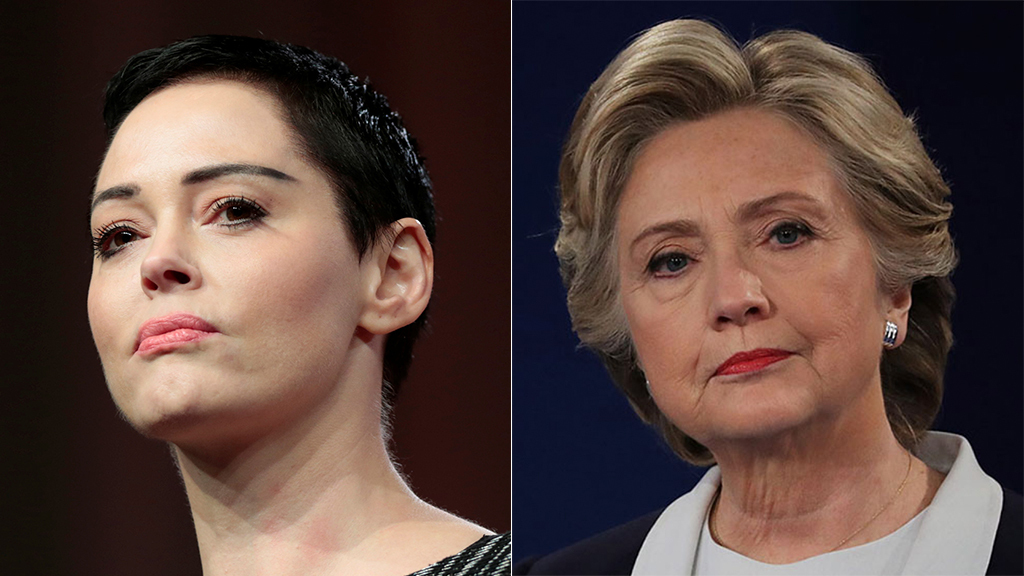 Clinton commemorated her 73rd birthday by sharing a photograph of her as a little girl while revealing her “one wish”.

“It’s my birthday. Here’s my one wish: that you reach out to one person in your life who may not vote this year and encourage them to turn out for Biden-Harris. All of us have more power than we know,” Clinton wrote.

“We have more power than YOU @HillaryClinton,” McGowan fired back. We will not be silenced by you and your monsters. You campaign for rapists & line your pockets with pedophiles.”

She continued. “Oh, and happy birthday. Can you feel it? It’s us blowing out YOUR candle. Make a wish, I know I have.”

McGowan, who came forward in 2017 as a victim of disgraced film mogul and convicted sexual predator Harvey Weinstein, has been an outspoken critic of the Democratic Party during this election cycle and has been a defender of Tara Reade, who has accused Biden of sexual assault back in 1993 when she worked as a staffer for the then-Delaware senator. Biden has repeatedly denied Reade’s claims.

“You are the season of darkness. @JoeBiden @dnc You are monsters. You are frauds. You are the lie,” McGowan tweeted during the Democratic National Convention.

Clinton has long been criticized for her treatment of her husband Bill Clinton’s accusers and for her political ties to Weinstein over the years. She denied knowing about his predatory behavior until the allegations surfaced.