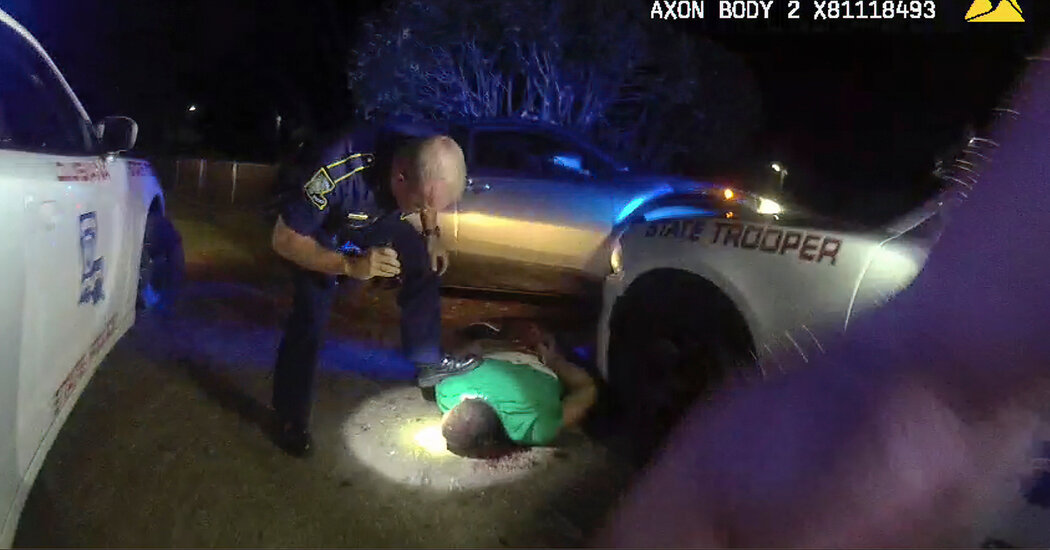 “Louisiana State Police is confident in the judicial system and fair review of this incident and continues to offer our full cooperation,” Lieutenant Matey said.

Trooper York served a 50-hour suspension and has since returned to active duty, according to the State Police. In February, Trooper DeMoss was one of four state troopers who were arrested in an unrelated case, accused of using excessive force and deactivating their body cameras during arrests. The State Police said that it had notified him of its “intent to terminate” him and that he remained on leave “pending the conclusion of disciplinary proceedings.”

Another trooper who was involved in Mr. Greene’s arrest, Chris Hollingsworth, died in a car crash in September 2020. The Associated Press reported that he had been notified hours earlier that he would be fired as a result of an internal police investigation into Mr. Greene’s death.

“It’s indefensible that two years after Robert Greene’s death not a single charge has been filed, and only one of the surviving troopers involved has faced any form of discipline,” Marc H. Morial, president and chief executive of the National Urban League, said Thursday. “The release of the tape makes this case perfectly clear.”

The F.B.I., the Justice Department’s civil rights division and the U.S. Attorney’s Office for the Western District of Louisiana are investigating Mr. Greene’s death. Mr. Morial and Judy Reese Morse, president and chief executive of the Urban League of Louisiana, asked the Justice Department in a letter this week to broaden its investigation of Mr. Greene’s arrest to include a wider review of the Louisiana State Police.

After Mr. Greene’s death, his family was told he had died from injuries he suffered when his car crashed into a tree. The State Police told them that he had failed to stop for a traffic violation and had then led troopers on a high-speed chase outside Monroe, La., according to a wrongful-death lawsuit that the family filed last year. A single-page crash report said that Mr. Greene had become unresponsive on his way to the hospital after he was taken into custody and struggled with troopers, The A.P. reported. The report did not mention any use of force by troopers.

The body camera footage obtained and published by The A.P. shows Mr. Greene saying, “I’m sorry” and “I’m scared” as he is being pulled out of his car, jolted with a stun gun and then wrestled to the ground. One trooper puts him in a chokehold and punches him in the face. Another trooper briefly drags him by his ankle shackles as he is lying on the ground, according to the footage.