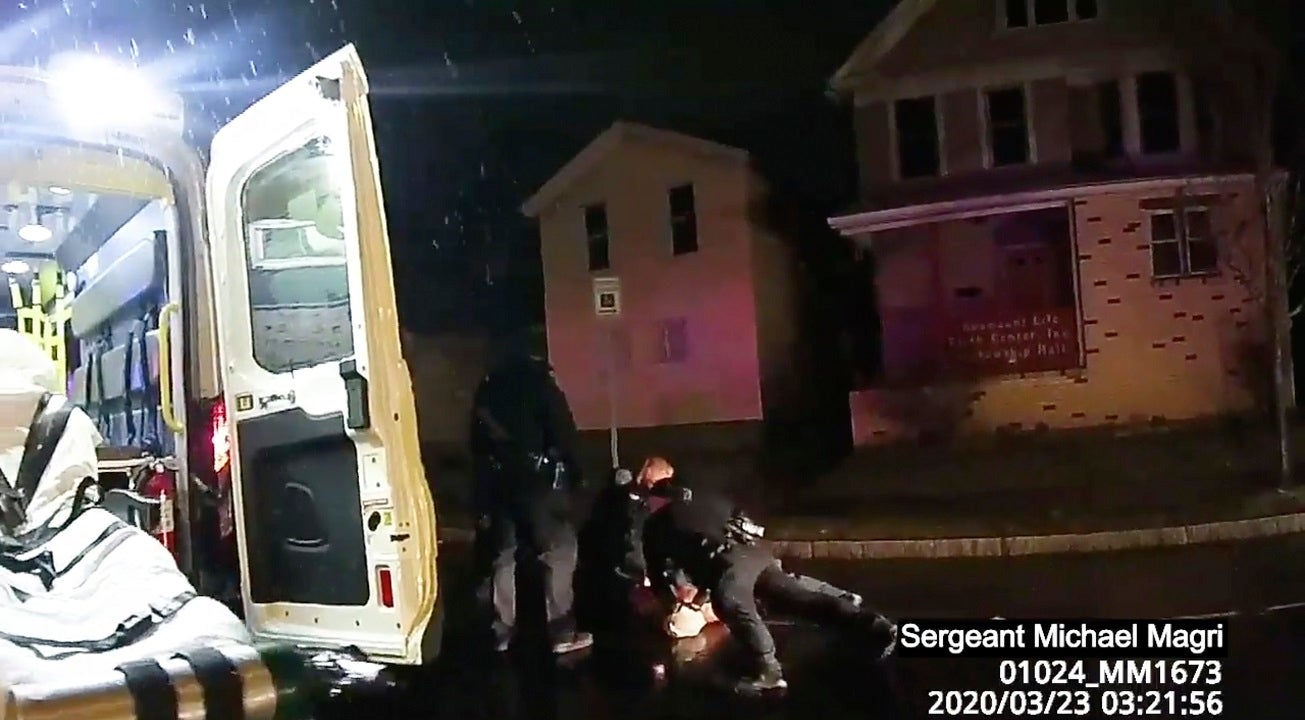 The union representing Rochester police on Friday defended the officers involved in the asphyxiation death of Daniel Prude in March.

President Michael Mazzeo said he welcomed the investigation into the officers‘ actions, which included fitting Prude with a mesh hood, or “spit sack,” as they restrained him.

“An officer doesn’t have the ability to go off-script,” Mazzeo told a news conference. “They have to follow protocol and do what they are trained to do.”

He said the officers who restrained Prude did that.

“To me, it looks like they watched training and followed it step-by-step,” he said. “If there’s a problem with that (training), let’s change it.”

He said he first learned two days ago of a department investigation into the death. Mazzeo said the seven officers who restrained Prude cooperated with a criminal investigation after the death.

“The message that was conveyed from the chief’s office at that time was that there was no concerns with the actions of our members and they had following correct protocols, per their training,” he said.

Police restrained the 41-year-old Black man in the middle of the street after being called to the scene by Prude’s brother who said he was acting erratically. Prude, who had a history of mental illness, had taken off his clothing, according to reports.

The seven officers were suspended Thursday by Mayor Lovely Warren, who said that Prude “was failed by our police department, our mental health care system, our society, and he was failed by me.”

The circumstances of Prude’s death only came to light this week after his family released officers’ body-camera footage showing the incident. The death has prompted protests.

Mazzeo said it was important to put that video in context.