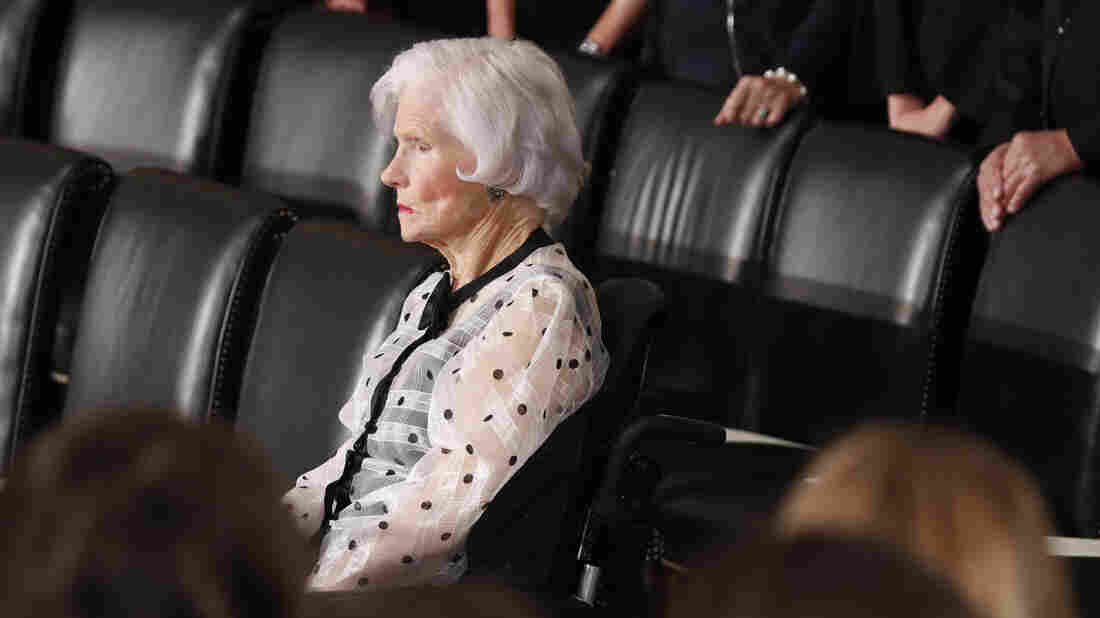 Roberta McCain, the mother of late U.S. Senator John McCain, is seated prior to ceremonies honoring him in the Capitol Rotunda, Aug. 31, 2018 Pool/Getty Images hide caption 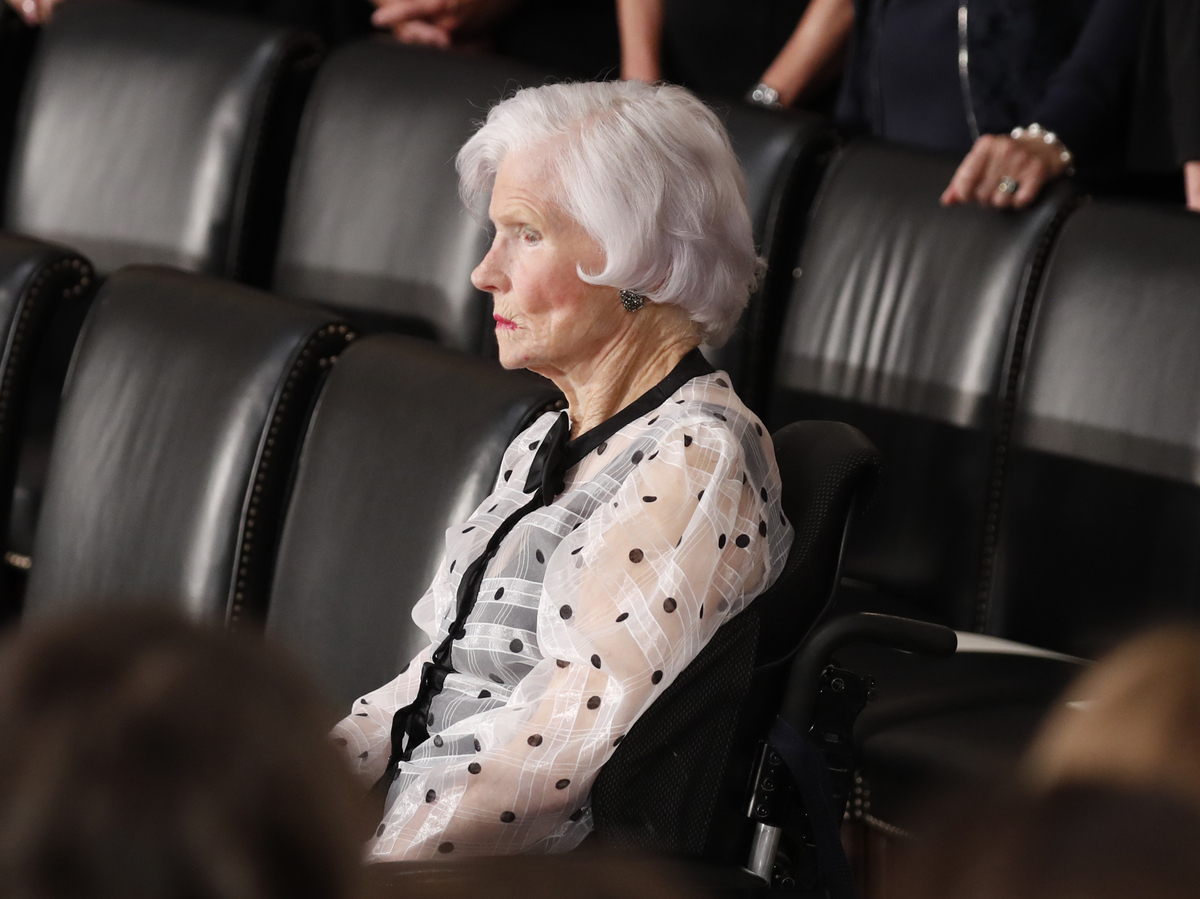 Roberta McCain, the mother of late U.S. Senator John McCain, is seated prior to ceremonies honoring him in the Capitol Rotunda, Aug. 31, 2018

When the late Sen. John McCain of Arizona was in his 60s, a story came out that described a time when he was “physically mistreated by bad men who, for a while, kept [him] in prison.” It was a reference to the five-and-a-half years he had spent in harsh captivity in Hanoi after his plane was shot down during the Vietnam War.

In that story, he called his captors “some very bad names” and used words that were “not appropriate for polite company,” McCain recounted in the introduction to his 2005 book, Character Is Destiny: Inspiring Stories We Should All Remember. His mother noticed.

“I never taught you to use that kind of language,” she said to him, “and I have half a mind to wash your mouth out with soap.”

It is with great sadness that I announce the death of my wonderful Mother In-law, Roberta McCain. I couldn’t have asked for a better role model or a better friend. She joins her husband Jack, her son John and daughter Sandy.

The cause of her death was not immediately released.

John McCain grew up in a household steeped in naval tradition. He was the son and grandson of admirals, and he attended the U.S. Naval Academy.

But it was his mother, as much as anyone, who shaped him.

“There’s a kind of steel that kind of runs through the McCain family. And it’s not, frankly, confined to the men,” Robert Timberg, author of John McCain: An American Odyssey, told NPR in 2008.

“I think it’s important to look at Sen. McCain’s father and grandfather to sort of understand who he is and how he became what he is. But it would be a mistake not to look at his mother.”

Roberta McCain, he said, had an “unsinkable personality, that kind of, you know, never say die … don’t back down personality that I think Sen. McCain has. And I think he inherited it from her, and not necessarily from his father or grandfather.”

In his speech to the Republican National Convention in 2008, John McCain recalled that as a Navy brat his father was often at sea and the job of raising him and his two siblings fell to his mother.

She gave them “her love of life, her deep interest in the world, her strength, and her belief we are all meant to use our opportunities to make ourselves useful to our country,” McCain said.

“I wouldn’t be here tonight but for the strength of her character,” he said.

The daughter of an Oklahoma oil man, Roberta McCain often single-handedly packed and moved the family when her husband got new orders every few years. She loved to travel, and would make stops at museums and national parks along the way.

When John McCain was running for president on the Republican ticket against Barack Obama in 2008, Roberta McCain was already in her late 90s – but she would periodically join him on the campaign trail.

“Do you want me to sit around and play bridge every day? Or discuss my last knee replacement? Or pass around pictures of my grandchildren?” CNN quoted her as saying in a 2008 interview with CBS. “Well, that isn’t my choice of a way to live.”

She even appeared in a campaign ad, saying: “He was the sweetest, nicest child I’ve ever known. I think he’ll make a wonderful president. Well, he’s not perfect. Did I say that?”

Over his 35-year career in Congress, and two bids for the presidency, he became one of the best-known politicians of his era. He is remembered for his patriotism, principled independence, and for giving respect to friends and adversaries across the political aisle.

His mother was undoubtedly proud of his achievements.

But, predisposed to decorum and modesty, and always holding her children to a higher standard, she thought he talked in public and appeared on TV just a little too much, according to Character is Destiny.

Asked by a reporter if she was proud that her son had become such a prominent person, she replied: “Fools’ names and fools’ faces are often seen in public places.”