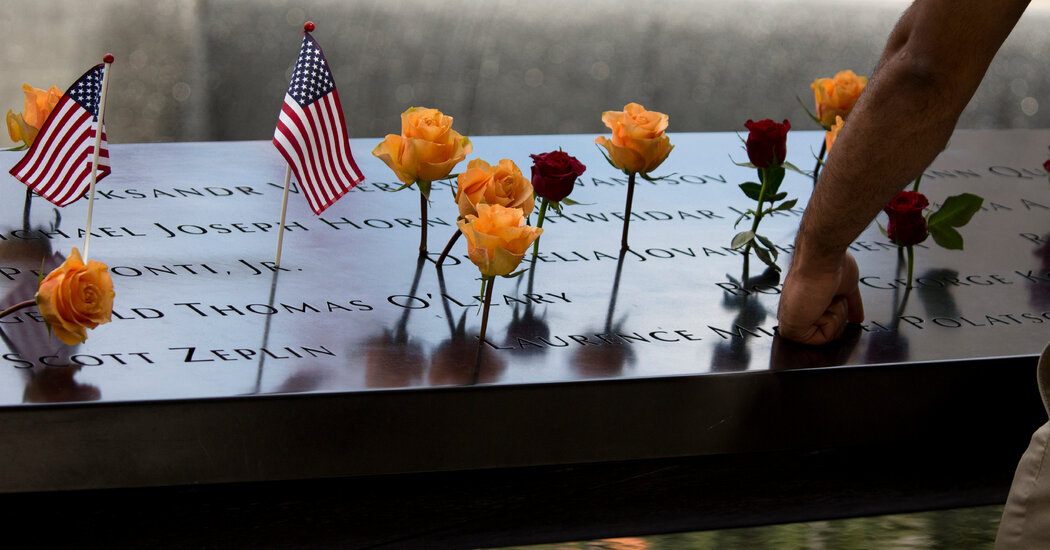 WASHINGTON — At least six major groups of victims of the Sept. 11, 2001, attacks have struck a tentative deal to divide about $3.5 billion in Afghan central bank assets they are trying to seize to pay off legal claims against the Taliban, according to a letter filed on Tuesday to a judge overseeing the matter.

But another major group is not part of the deal, which would mean some families would receive a far larger payout than most others. And the Sept. 11 plaintiffs still must persuade a court that the central bank funds — deposited in the Federal Reserve of New York before the Taliban took over Afghanistan in August — can lawfully be used to pay off the Taliban’s legal debts.

Still, the disclosure of the framework agreement raised the prospect of averting a potentially ugly fight among different groups of Sept. 11 victims over who can get the money. That could remove a hurdle to a legally and politically dramatic attempt by widows, orphans and other relatives of attack victims — along with insurance companies — to seize the Afghan funds.

The complex saga traces back to lawsuits filed years ago by victims of the Sept. 11 attacks seeking billions of dollars from a range of defendants they held responsible for their losses, including Al Qaeda and the Taliban. When such defendants failed to show up in court, judges declared them liable by default.

But with no way to collect damages, the rulings seemed like symbolic gestures — until last fall, after the government of Afghanistan collapsed during the Taliban takeover. As part of the fallout, the Federal Reserve of New York blocked access to an account for the Afghan central bank — known as Da Afghanistan Bank or D.A.B. — in which it had deposits of about $7 billion.

In September, lawyers for a group of about 150 Sept. 11 victims, known as the Havlish case, persuaded a judge to send a U.S. marshal to serve the legal department of the Federal Reserve of New York with a “writ of execution” to begin seizing the Afghan bank funds to pay off its judgment against the Taliban, including more than $2 billion in compensatory damages.

(A smaller group of State Department victims of an attack linked to the Taliban, known as the Doe case, also began the process of trying to seize some of the funds to pay off a $137 million judgment debt in September.)

Meanwhile, the Biden administration intervened, saying it wanted to weigh in on what would serve the national interest. In February, President Biden issued an executive order that invoked emergency power to seize half of the central bank assets for what the government described as a fund to help the Afghan people. But the White House left behind the other half of the money for the Sept. 11 families to continue pursuing in court.

In the meantime, controversies had erupted around that effort. One dispute concerned whether it was proper for any of the Afghan funds to be used to pay off Sept. 11 families as an immense humanitarian disaster is unfolding in Afghanistan. The other dispute centered on how any such funds to terrorism victims should be allocated, if a court were to decide they can legitimately be used to pay off the Taliban’s default judgment debts.

Other groups of Sept. 11 plaintiffs cried foul at the prospect that the Havlish group — about 150 people, linked to 47 estates of the nearly 3,000 people killed — was trying to take most of the remaining central bank funds for itself, arguing that the funds should be distributed equally.

As a legal matter, however, the Havlish group appeared better positioned to get paid off first because it had a more developed case — it was the only group that had a judgment in hand — and it was first in line to begin trying to seize the funds. That raised the prospect that the other families might receive nothing if courts ruled that the Afghan bank funds could be used for Taliban debts.

The letter about the framework agreement was filed by Sean P. Carter, a lawyer representing a group of insurance companies. It said the plaintiff groups involved wanted the court to deliver a final judgment in favor of the insurers, which could account for the remainder of the Afghan bank assets Mr. Biden had left behind.

The Havlish group and insurance company plaintiffs would then transfer some of those funds to the other Sept. 11 plaintiff groups — none of whom currently have enforceable damages judgments against the Taliban — to divide among themselves, it said.

The letter to the court did not detail the terms of the potential agreement. But according to Brian Eagleson — a member of the holdout group of plaintiffs, known as the Ashton case — the proposed deal means that the Havlish plaintiffs would keep about $1.75 billion and insurance interests would keep about $500 million.

The remaining roughly $1.25 billion would go to the other victim groups, representing the remaining estates involved in various litigation efforts, he said. If the court approves using the central bank funds for Taliban debts, that could work out to potential eight-figure payouts per estate for the Havlish plaintiffs, compared with potential six-figure payouts per estate for the other groups, depending on how they decide to distribute it.

Mr. Eagleson, whose father was killed in the south tower of the World Trade Center, called that a “terrible and unfair deal.”

Mr. Carter declined to comment. But in his letter to the court, he wrote that the proposed deal was “the best approach available under the circumstances” to ensure that all Sept. 11 plaintiffs get some relief, eliminating “the risk many of them may otherwise face of having no basis to participate in distributions of blocked D.A.B. funds found subject to turnover.”

Jerry S. Goldman, a lawyer for a plaintiffs’ group called the O’Neill case that Mr. Carter’s letter said supported the deal, declined to comment on the substance of any agreement or the status of negotiations. But he said he was trying to get the best possible result for his clients “under the existing circumstances and legal environment.”

Further complicating matters, however, this week a group of victims of a different Qaeda terrorist attack — the 1998 African embassy bombings — persuaded a judge in New York to issue a so-called order of attachment for the Afghan assets for a separate lawsuit they are bringing, another claim on the funds that could disrupt the Sept. 11 plaintiffs’ vision to use a judgment for the insurance companies to take the rest.