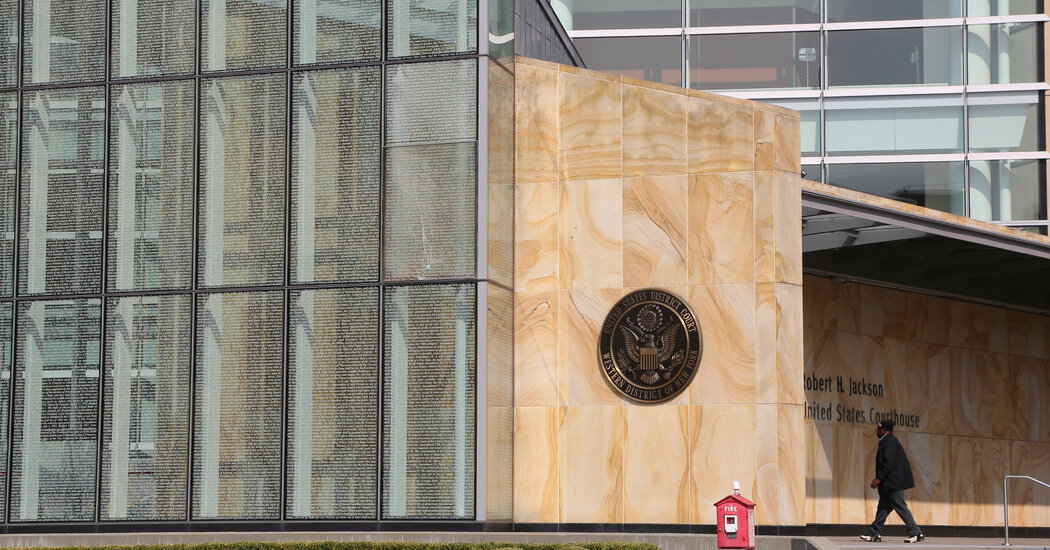 A Canadian woman who was arrested on suspicion of mailing the lethal substance ricin to the White House wanted President Trump to drop out of the presidential race and pledged to find other ways to assassinate him if her poisoning plot failed, according to court documents unsealed on Tuesday.

The woman, Pascale Cecile Veronique Ferrier, has been charged by the Justice Department with threatening to kill the president. A federal judge entered a not guilty plea for Ms. Ferrier in a brief appearance on Tuesday at the federal courthouse in Buffalo.

Ms. Ferrier wrote in a threatening and scornful letter sent with the ricin that she believed Mr. Trump was a dictator who was hurting the United States.

“I found a new name for you: ‘The Ugly Tyrant Clown’ I hope you like it,” she wrote. “You ruin USA and lead them to disaster. I have US cousins, then I don’t want the next 4 years with you as president. Give up and remove your application for this election.”

Ms. Ferrier said that if her ricin plot failed, she would find a “better recipe for another poison, or I might use my gun when I’ll be able to come,” the document said. She had a knife with her and a loaded gun holstered on her waist when she was arrested on Sunday.

F.B.I. officials also uncovered Facebook and Twitter posts by Ms. Ferrier this month with a “#killTrump” hashtag and referring to the president as “Ugly Clown Tyrant,” according to the court documents.

She had sent similar letters that also contained powdery substances to workers at prison facilities in Texas, where she had been held in 2019, the documents said. Ms. Ferrier had been arrested then for possession of an unlicensed firearm and was later deported back to Canada.

Her appearance in court on Tuesday capped a several-day scramble among the F.B.I., Secret Service and U.S. Immigration and Customs Enforcement to quickly determine who had been plotting against the president.

The investigation began on Friday, after the envelope was discovered at a mail screening facility in Washington that the Secret Service had set up in 1996 to intercept deadly substances intended for the White House. Ricin, a lethal toxin that can easily be made at home, has been sent to presidents before.

An examination of the threatening letter at the facility showed that it contained a foreign substance. Tests revealed that it was ricin, and the F.B.I. field office in Washington opened an investigation. By using handwriting analysis, the bureau determined that the letter was similar to the others sent to prison officials in Texas.

Then on Sunday, after widespread reports about the intercepted envelope, Ms. Ferrier tried to cross into the United States at the Peace Bridge in Buffalo. Customs investigators stopped her and found the loaded gun and knife. She told them that she was “being wanted by the F.B.I. for the ricin letters,” court documents showed.