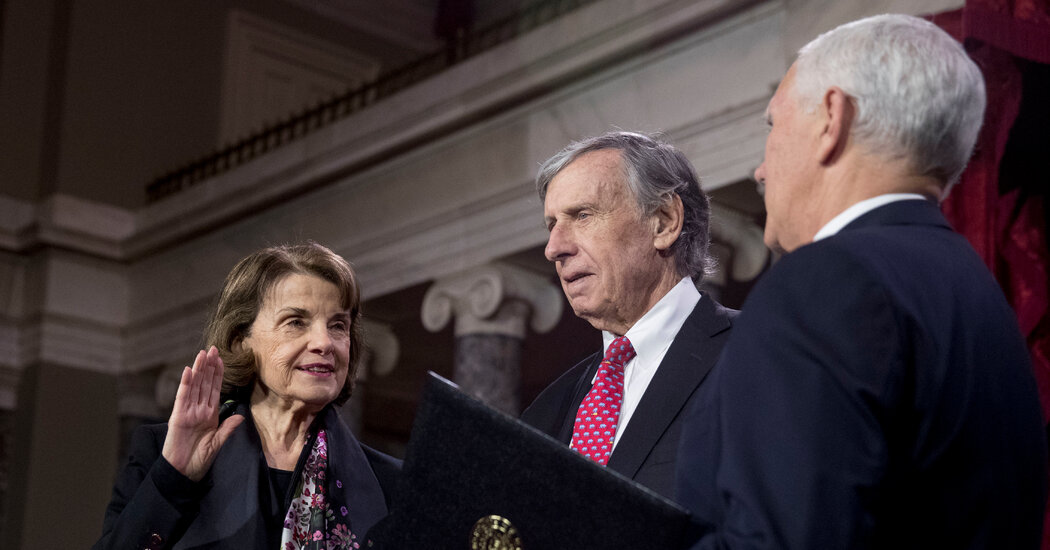 He also held nonprofit positions; at one point he was chairman of the University of California Board of Regents.

With the Dalai Lama among his influential friends, Mr. Blum developed an interest in South Asia as the home of Buddhist philosophy, as a recipient of philanthropy and as a place for adventure: He once led an expedition up part of Mount Everest.

In a statement of condolence, Mr. Biden called Mr. Blum “a successful businessman and proud son of California who dedicated much of his public life to fighting poverty around the globe” through the establishment of the American Himalayan Foundation, a nonprofit group that builds schools and hospitals in Tibet, and the Blum Center for Developing Economies at the University of California, Berkeley, which focuses on innovative solutions to global poverty.

Richard Charles Blum was born on July 31, 1935, in San Francisco to Louise Hirsch and Herbert Blum, a seller of robes and raincoats who died during Richard’s boyhood. Richard graduated from Berkeley with bachelor’s and master’s degrees in business administration.

He joined Sutro & Company, a San Francisco brokerage firm, at 23 and became a partner before he turned 30, by which time he was already a millionaire.

In addition to Ms. Feinstein, Mr. Blum is survived by a brother, Robert; his daughters, Annette, Heidi and Eileen; his stepdaughter, Katherine; and seven grandchildren.

During Ms. Feinstein’s 1990 race to be California’s governor, Mr. Blum described to The New York Times what he called “the triathlon of politics.”

“No. 1,” he said, “we get to see on a regular basis everything she’s ever done and I’ve ever done distorted in the newspapers. No. 2, we get to share 17 years of our tax returns on an intimate basis with 30 million people. And three, I get to pay to watch all this happen.”