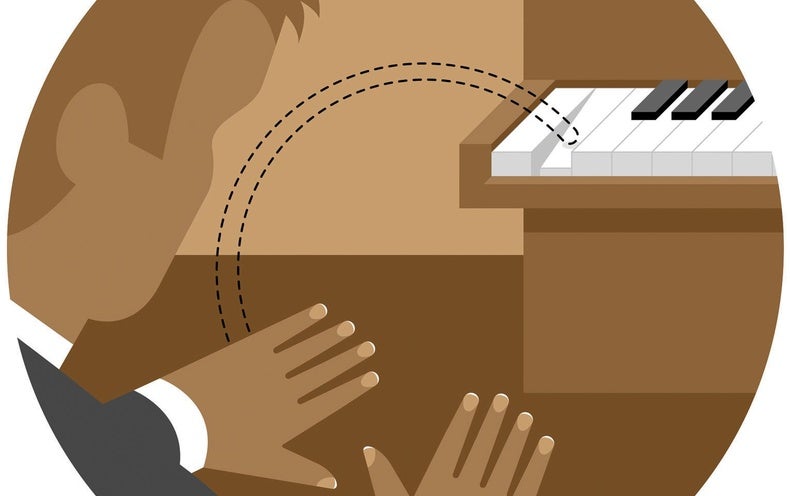 Brains contain maps of the bodies they inhabit, with neurons dedicated to the perception or control of particular parts—and research suggests there may be quite a bit of wiggle room in that representation. In 2016 scientists set up an experiment that made subjects fleetingly feel like they had a sixth finger on one hand (one subject yelled, “Witchcraft!”), and in 2020 another research group extended that sensation indefinitely. The second group went further in its latest work, published in Cognition, to make participants feel as if they had a sixth finger—and to control the invisible digit’s perceived length.

To experience the mental illusion, the participants placed their hands on a table with a vertical mirror between them, positioned to show the reflection of the right hand where the left hand should be. Starting with the thumb, experimenters stroked the top of each finger up and down twice, stroking the right and left hand simultaneously. When they got to the pinky, the experimenters stroked the top of the right pinky and the inner side of the left pinky. Finally, they made 20 double strokes on the table next to the right pinky while stroking the outer side of the left pinky, creating a self-reported feeling of an invisible sixth finger on the left hand.

“It’s quite honestly scary,” says Denise Cadete, a neuroscience graduate student at Birkbeck, University of London, and lead author on the new paper. “Even if we understand all that’s happening, the illusion doesn’t go away—it’s a very striking feeling.”

In her group’s latest study, the strokes on the table were sometimes half or double the length of a typical pinkie. Twenty right-handed participants then used a mechanical slider to indicate how long the new finger felt—reporting it felt on average about 1.5 centimeters shorter or about three centimeters longer than their real-life pinky, respectively. These differences suggest that the extra finger was perceived not merely as a duplicate pinky but as its own entity.

Cadete says that beyond its intriguing philosophical implications about humans’ sense of self, this research could also be useful for people with robotic limbs. She says a mechanical appendage might transfer sensation to a nearby body part via these brain illusions, even for limbs with complex, “Swiss Army–like” features.

The experiment is well done, says Etienne Burdet, a roboticist at Imperial College London who has studied the one-handed capabilities of people born with six fingers and was not involved in the research. Future studies could explore whether the phenomenon applies beyond an extra pinky; if he wanted to start a company to make robotic body parts, Burdet says, “I would start with an arm.”