Republicans will now gear up to renominate Trump. 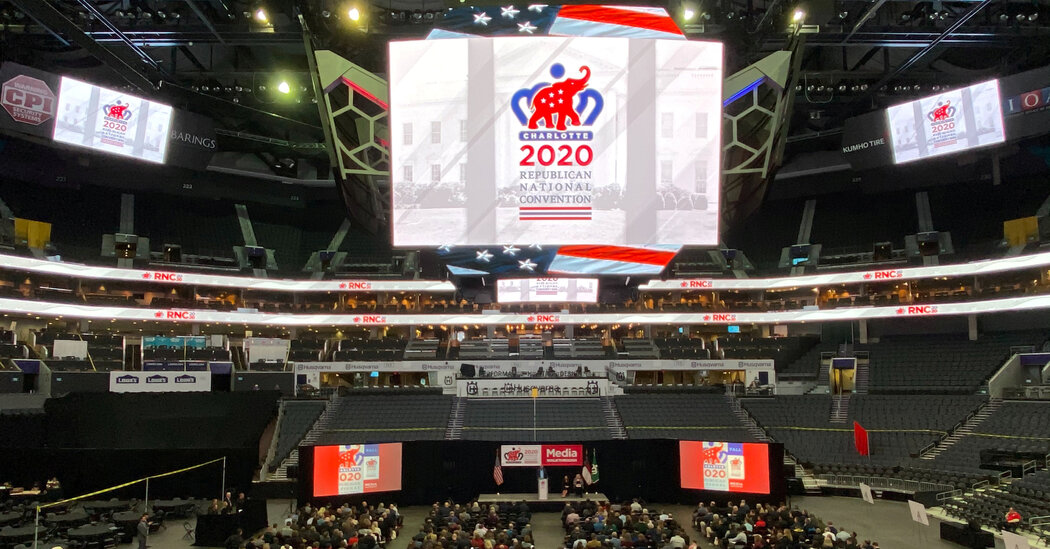 Next up for convention weirdness: the Republican Party.

A group of delegates — six representing each state, territory and the District of Columbia for a total of 336 — is expected to begin arriving this weekend for the Republican National Convention before a formal roll call on Monday morning in Charlotte, N.C. There, President Trump will be nominated in a ballroom at the Charlotte Convention Center to lead his party for another four years.

The gathering will be muted compared with what was originally envisioned, before the coronavirus pandemic upended both parties’ convention plans.

Charlotte, originally prepared to host a raucous presidential renomination celebration, will now be where the procedural party business will take place. Republican National Committee members will gather over the weekend for their annual summer meeting. And Mr. Trump, Vice President Mike Pence and a group of congressional lawmakers are expected to arrive on Monday for the televised, in-person roll call and for brief nomination speeches.

The Democrats held four nights of virtual programming this week for the Democratic National Convention. Next week, the Republicans will take over the Andrew W. Mellon Auditorium in Washington as the hub for their broadcasts, and the main speeches will take place at the White House and at Fort McHenry in Maryland.