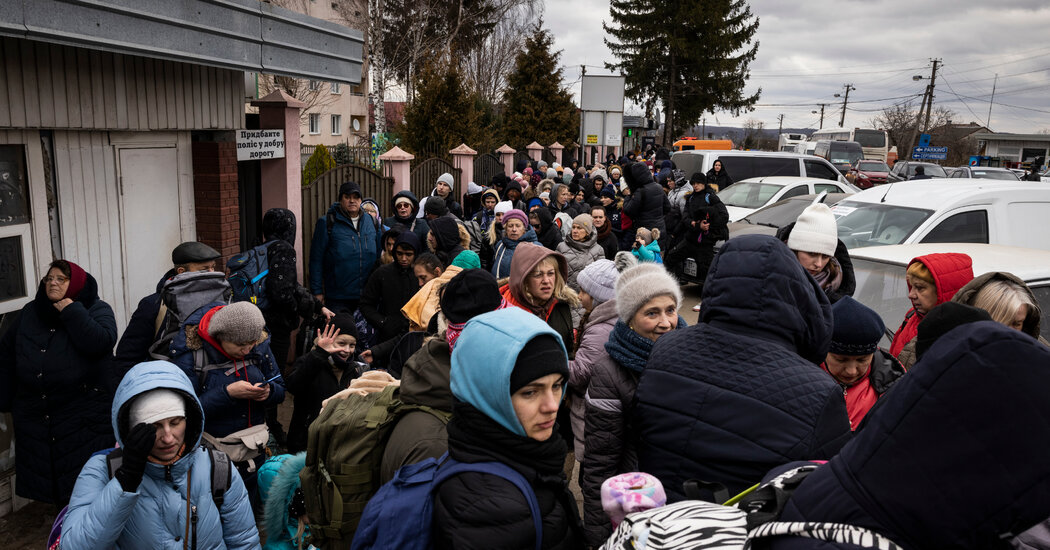 Mr. Trump’s first impeachment grew out of his effort to withhold military support from Ukraine until Mr. Zelensky agreed to investigate Mr. Biden and his son, Hunter, and their involvement in a Ukrainian energy company, Burisma.

After every Senate Republican except Mitt Romney of Utah voted to acquit Mr. Trump, Senators Ron Johnson, Republican of Wisconsin, and Charles E. Grassley, Republican of Iowa, turned the tables and began a formal investigation into whether Mr. Biden, as vice president, had tried to pressure Ukrainian authorities to protect his son, who was on the Burisma board.

Even some Republicans at the time, like Mr. Graham and Senator Richard M. Burr of North Carolina, worried that the Johnson-Grassley investigation was being used by Russia to spread disinformation ahead of the 2020 election. The inquiry ultimately found no evidence of wrongdoing.

A halt to Russian sales. After days of seeming reluctance to take a stance over Russia’s invasion of Ukraine, three high-profile American food and beverage companies — McDonald’s, Coca-Cola and Starbucks — said they were pausing operations in Russia.

A humanitarian crisis. Indiscriminate Russian shelling has trapped Ukrainian civilians and left tens of thousands without food, water, power or heat in besieged cities. The United Nations said that the number of refugees who have fled Ukraine has reached two million.

Now, that investigation is a distant memory, and Republicans are working to explain their stark change in perspective.

“Corruption’s with politicians most of the time, or with big business people,” Mr. Grassley said on Tuesday. “In this case, you’ve got children being killed by bombs. There’s no connection.”

Senator Christopher S. Murphy, Democrat of Connecticut and another longtime defender of Ukraine, noted that for much of the Trump administration, Senate Republicans quietly bolstered Ukraine’s defenses and backed Mr. Zelensky, even as they remained silent on Mr. Trump’s undermining of the Zelensky government. Mr. Trump was withholding lethal military aid that Congress had provided to Ukraine with broad bipartisan support.