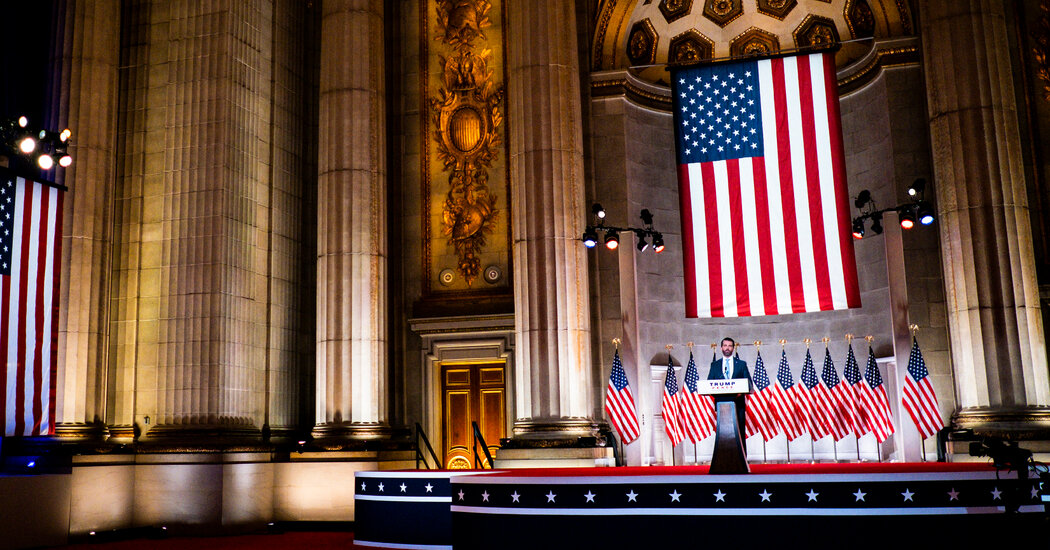 President Trump and his political allies mounted a fierce and misleading defense of his political record on the first night of the Republican convention on Monday, while unleashing a barrage of attacks on Joseph R. Biden Jr. and the Democratic Party that were unrelenting in their bleakness.

Hours after Republican delegates formally nominated Mr. Trump for a second term, the president and his party made plain that they intended to engage in sweeping revisionism about Mr. Trump’s management of the coronavirus pandemic, his record on race relations and much else.

At times, the speakers and prerecorded videos appeared to be describing an alternate reality: one in which the nation was not nearing 180,000 dead from the coronavirus; in which Mr. Trump had not consistently ignored serious warnings about the disease; in which the president had not spent much of his term appealing openly to xenophobia and racial animus; and in which someone other than Mr. Trump had presided over an economy that began crumbling in the spring.

Donald Trump Jr., the president’s son, praised his father’s management of the virus, one of several segments asserting an unsupported narrative that the president had been a sturdy leader in a crisis even as polls show Americans believe he has handled the pandemic poorly.

“As the virus began to spread, the president acted quickly and ensured ventilators got to hospitals that needed them most,” the president’s son said, making no mention of the millions of Americans sickened and killed or the complaints from governors that they were not receiving the necessary equipment. “There is more work to do, but there is light at the end of the tunnel.”