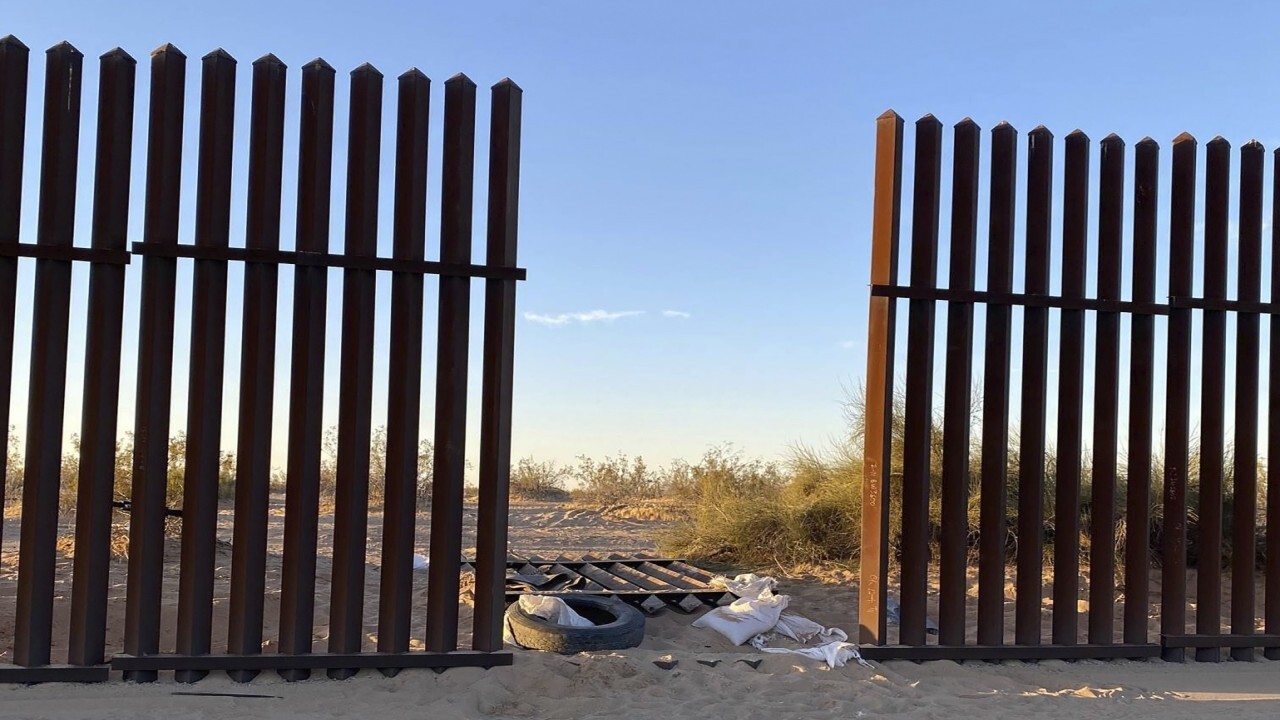 More than two dozen House Republicans on Friday urged President Biden to reinstate a national emergency declaration for the southern border, as the U.S. faces a dramatically escalating border crisis.

In a letter, led by Rep. Lance Gooden, R-Texas, the lawmakers say the Biden administration’s “refusal to enforce immigration laws has encouraged countless migrants to make the treacherous journey across our border.”

HOUSE DEMS TO PUSH BILLS GIVING CITIZENSHIP TO SOME ILLEGAL IMMIGRANTS, EVEN AMID BORDER SURGE

“We urge you to recognize that an immigration crisis is underway and reinstate a national emergency concerning our southern border,” the letter says. The Daily Caller first reported the letter.

“There are no two ways around it; we are in the midst of a border crisis. President Biden set this in motion by undoing numerous Trump-era immigration policies, which is why we are urging him to immediately reinstate the national emergency at our border,” Gooden told Fox News.

The Biden administration has taken a number of dramatic actions to unravel Trump-era immigration actions, including rolling back the Migrant Protection Protocols (MPP) which kept migrants in Mexico. It has also narrowed enforcement and deportation priorities while stopping construction of the border wall.

Additionally, the administration has revived the practice of catch-and-release, by which migrants are released back into the U.S. interior — a practice that has already led to some COVID-positive migrants being released.

Axios reported that there has been a surge in child migrants turned over to Health and Human Services (HHS), while the Republican lawmakers note Customs and Border Protection (CBP) numbers averaged 3,000 arrests a day in January 2021 and estimates that 117,000 unaccompanied children will cross the border this year.

But so far, the administration has denied there is a crisis at the border.

“The men and women of the Department of Homeland Security are working around the clock seven days a week to ensure that we do not have a crisis at the border—that we manage the challenge, as acute as the challenge is,” DHS Secretary Alejandro Mayorkas said on Monday, adding that the “challenge” is not just for the government, but for non-governmental organizations and border communities.

Republicans have been sounding the alarm for weeks about the crisis, and calling for the administration to reverse course on not only its security policies but plans to push a pathway to citizenship for millions of illegal immigrants in the country.

“Your administration could prevent tragedy by reinstating the national emergency declaration and the Migrant Protection Protocols, otherwise known as the “Remain in Mexico” program,” the lawmakers wrote on Friday. “These two steps would send a clear message to millions of potential migrants that the United States does not tolerate illegal entry into our country.”

Other Republicans, meanwhile, have called for hearings on the crisis, while Texas Gov. Greg Abbott has pushed back on a request for collaboration with the Biden administration on the testing and quarantining of migrants being released into the interior.