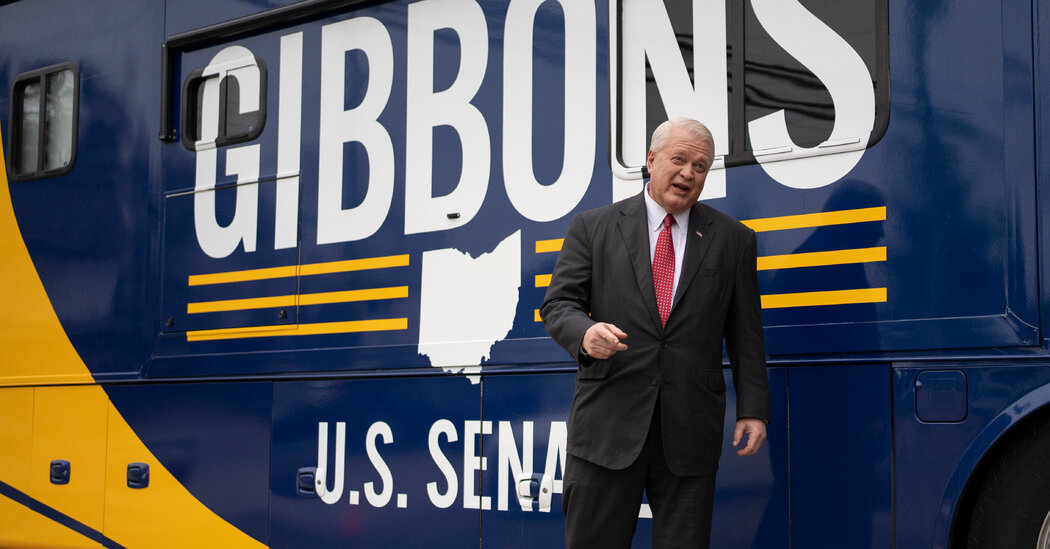 “I’ve done large financial transactions all over the world, and I can tell you I long ago noticed what was going on in how China was abusing their role,” he said. “But they don’t play by the rules, and I think Donald Trump was the first one with enough gumption to go out and say, ‘We’re gonna force you to play by the rules, and you’re not going to keep draining us of our intellectual property.’ I think he was the first one to stand up.”

Years earlier, however, during an interview with Crain’s Cleveland Business in 2005, Gibbons expressed a different perspective. Asked what the “biggest challenge” Northeast Ohio was facing, he replied by discussing free-market capitalism, arguing that the region’s political leaders were clinging to an outdated understanding of global economic forces.

The biggest challenge, Gibbons said, was “getting our politicians to understand the way the world works.”

“The battle is over between socialism and capitalism, and capitalism won,” he told Crain’s Cleveland Business. “If our politicians want to keep fighting that battle we will end up looking like Youngstown,” an Ohio city that has been hit hard by job losses over the last few decades.

He continued: “If you can have the same product on the shelf out of China, with the same level of risk as far as getting it there and development costs, invariably, in a free market, all those jobs [making that product] are going to move to China. And we better face it. No legislation in the world can stop it.”

“That’s the way a free market works, and that will ultimately create more benefits for the people of the United States,” Gibbons said.

Asked about those comments, Cotten, the senior communications adviser to the Gibbons campaign, said, “Mike was stating that free market capitalism is good for the U.S., not pushing American jobs overseas.”