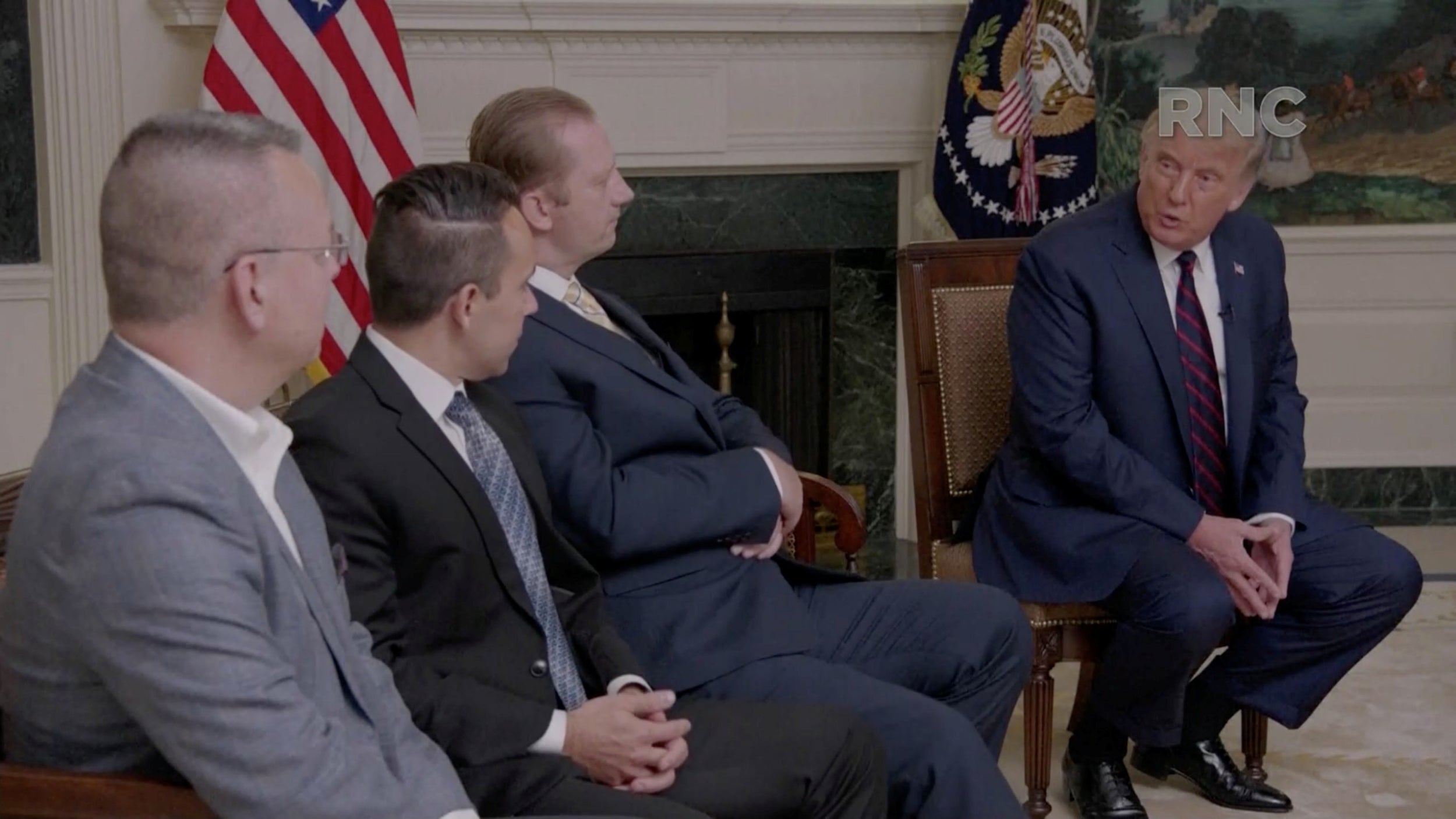 In a group discussion with former prisoners of foreign countries on the first night of the Republican convention, Donald Trump talked to an American pastor who was incarcerated in Turkey – and praised the leader whose government locked him up.

After hearing Pastor Andrew Brunson give thanks to the Trump administration for lobbying to have him freed from a 28-year sentence, the president discussed negotiating for his release with Turkish president Recep Tayyip Erdogan.

Sharing the full story, not just the headlines

Mr Brunson was first arrested in Turkey in 2016 as the government purged the military, academia, the media and public life of anyone it suspected of sympathising with the failed 2016 coup against Mr Erdogan. In a book he has since written about his ensuing two years in jail, Mr Brunson describes the experience of being arbitrarily detained while the US government used sanctions and intense diplomacy to try and secure his release.

Given this context, Mr Trump’s remarks about the Turkish leader – which were pre-recorded – immediately drew criticism from appalled commentators, who pointed out the president was yet again praising an authoritarian leader who has clamped down on dissent at home and openly worked against US interests in various areas abroad. Just today, the State Department has issued a statement “strongly objecting” to Mr Erdogan’s recent meeting with the leadership of Hamas.

Mr Trump’s apparent warmth towards Mr Erdogan has been on display throughout his presidency. It has drawn increasing alarm since former national security adviser John Bolton alleged in his book this summer that the two men enjoy a “bromance”.

According to Mr Bolton, while the US president has a soft spot for various dictators and autocrats around the world, Mr Erdogan occupies a special place in his affections and has manipulated Mr Trump’s admiration to his personal benefit.

Most incendiary is the book’s allegation that Mr Trump said he would “take care of” a request from Mr Erdogan to curb a federal money laundering investigation into the state-owned Turkish bank Halkbank – a case that has seen close Erdogan allies sentenced to jail time in the US.

Mr Erdogan has, however, publicly taken exception to Mr Trump’s policies, including while standing next to him at a White House press briefing in 2019, at a point where the Trump administration was pressuring Turkey to back away from an assault on US-backed Kurdish forces in Syria.

Openly disagreeing with Mr Trump in front of the press, Mr Erdogan described the forces in question as “terrorists” and complained about the US’s refusal to extradite exiled cleric Fethullah Gulen, whom the Turkish president blames for a failed 2016 coup against him.

During the same visit, Mr Trump implored his Republican allies in Congress to ease the way for a major US-Turkey trade agreement, which had been complicated by Turkey’s purchase of the Russian S-400 missile system – a decision that legally required the US to impose sanctions. Mr Trump blamed the S-400 deal on the Obama administration, which he said had declined to sell Turkey the Patriot missile system instead.

Mr Erdogan also said he had returned a letter Mr Trump sent him imploring him not to send his troops into northern Syria. Written in a simple, personable tone, the letter told Mr Erdogan that “history will look upon you favorably if you get this done the right and humane way. It will look upon you forever as the devil if good things don’t happen.

Mr Erdogan went ahead with the invasion.