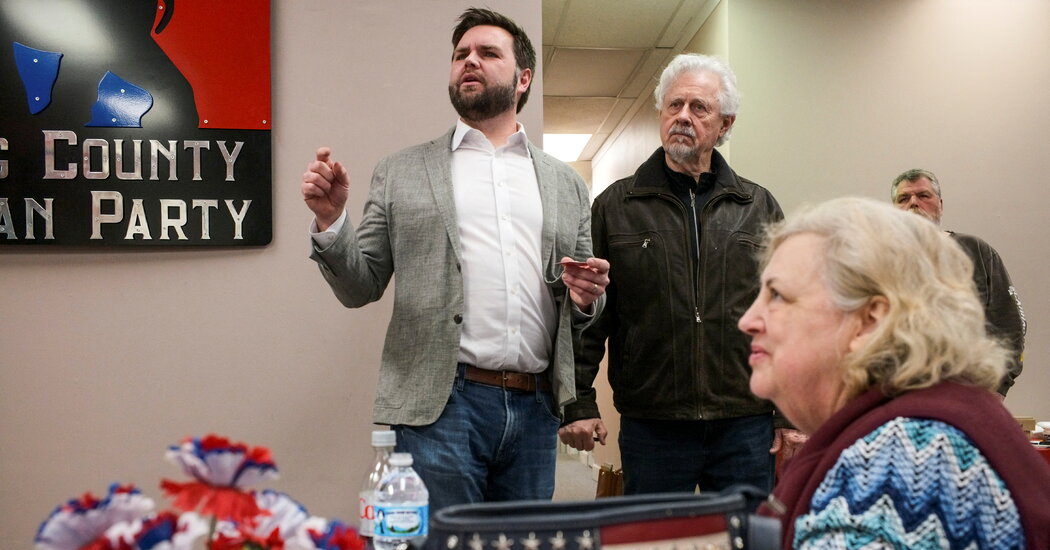 Surveys in recent years have shown that Republican voters are much less likely than Democrats to support an active U.S. leadership role in world affairs, and Trump’s pollsters have argued that the base is not interested in policing other countries. At the same time, establishment Republicans venerate the party’s Cold War stance of “peace through strength,” a position best articulated by Ronald Reagan.

“I think Ohio Republicans are of the same two minds that national Republicans are when it comes to how aggressive they should be in defending Ukraine,” said Mark R. Weaver, a Republican strategist based in Columbus.

Ohio has large and politically active Eastern European communities, including some 80,000 Americans of Ukrainian descent. But the state also has a history of supporting isolationism, dating back to the days of Robert Taft Jr., the senator who opposed U.S. involvement in World War II.

The question in Ohio’s Senate primary is: Which faction is larger?

“Vance is clearly assuming he turns more voters on than he turns off with this America First isolationism,” said Jeff Sadosky, a former adviser to Senator Rob Portman of Ohio. Sadosky is currently neutral in the race.

Portman, a Republican who is retiring this year, has made his bet: Last week, he endorsed Timken, and three other senators followed. Portman, who heads the Ukraine caucus in the Senate, remains popular in Ohio, and his imprimatur is likely to carry weight with Republican donors.

Vance has made a different calculation.

He’s been peppering his Twitter feed with comments on Ukraine for several weeks now, hitting several themes at once. First, that the fate of Ukraine is none of America’s concern. Second, that he’s more concerned about illegal immigration. And third, that corrupt elites have conspired to embroil Americans in pointless wars.

“Worth repeating: our leaders care more about Ukraine’s border than they do our own,” Vance wrote on Twitter.