Report: Small plane that crashed in Texas had just taken off 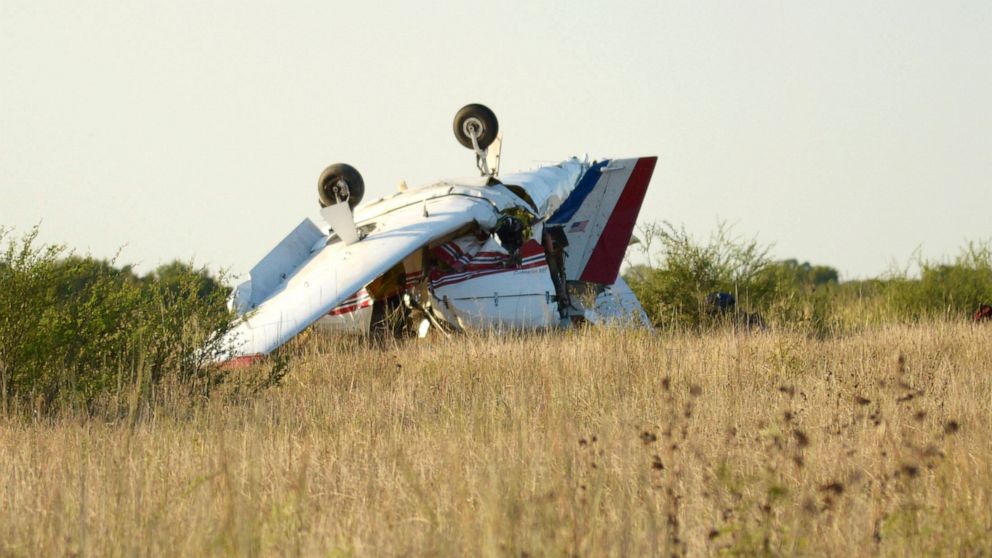 Federal officials say a small plane that crashed last weekend in Texas, killing three people and injuring one, had just taken off from the airport

BRYAN, Texas — A small plane that crashed last weekend in Texas, killing three family members and injuring another person, had just taken off from the airport, federal officials said.

The National Transportation Safety Board said in a preliminary report Thursday that the pilot had purchased the Piper PA-24-250 airplane about a week earlier.

The plane crashed Sunday afternoon at Coulter Airfield in Bryan, about 85 miles (137 kilometers) northwest of Houston. The NTSB said it came to rest on a grass field on the end of a runway.

Bryan police have identified those killed as 21-year-old Victoria Walker and her parents, 54-year-old David Walker and 51-year-old Tamara Walker.

Police have said the injured person wasn’t related to the family. The NTSB said that person suffered serious injuries.

The NTSB did not name the occupants of the plane but said in the report that the pilot, who was male, died. The four people aboard the plane had planned to do a sightseeing flight in the local area, according to the agency.

Police said the Walkers were from Farmersville, about 40 miles (64 kilometers) northeast of Dallas.