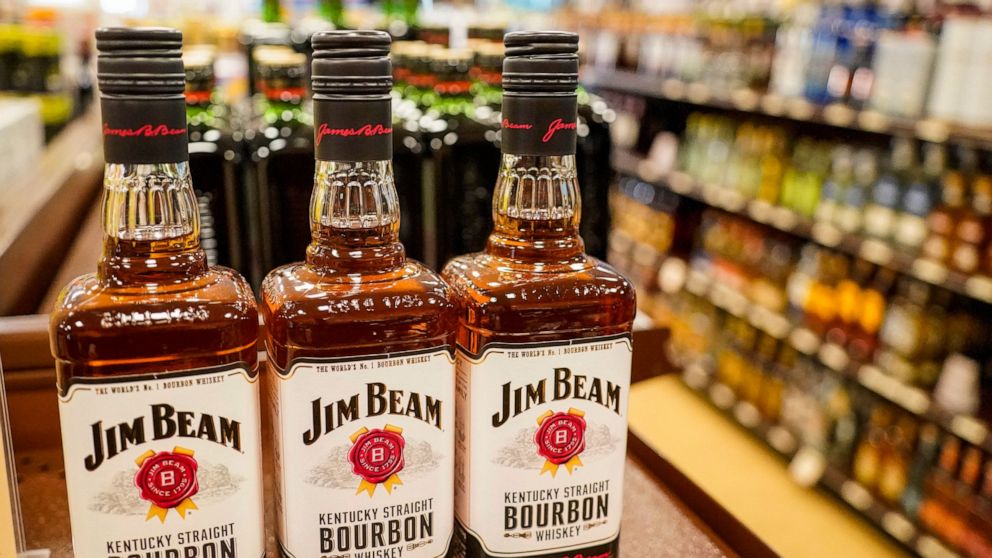 An industry group says American whiskey exports have started rebounding, but distillers have yet to fully recover

LOUISVILLE, Ky. — American whiskey exports, battered by tariffs and the COVID-19 pandemic, started rebounding in 2021, but distillers have more ground to make up to fully recover, an industry group said.

Exports of bourbon, Tennessee whiskey and rye whiskey reached $975 million in 2021, up 15% from the prior year, according to a report issued by the Distilled Spirits Council of the United States. Last year’s total was still down 18% from the record high exports — about $1.2 billion in 2018.

American whiskey distillers got caught up in a trans-Atlantic trade fight, causing deep drops in exports to the European Union — the industry’s biggest overseas market. The EU imposed a retaliatory tariff on those spirits in mid-2018 in response to then-President Donald Trump’s decision to slap tariffs on European steel and aluminum. A deal was reached in late 2021 to suspend those tariffs on American spirits.

“U.S. spirits exports are beginning to bounce back and that’s definitely a positive sign, but the value of 2021 exports remains far below levels achieved before the 2018 retaliatory tariffs kicked in,” Rob Maron, the council’s vice president of international trade, said Thursday.

But as American whiskey producers work to regrow EU market share, the sector still faces a retaliatory tariff in another key market — the United Kingdom — which continues to curtail growth, Maron said.

Several factors led to last year’s rebound, including the reopening of the hospitality sector as COVID-19 restrictions eased, consumers choosing more premium and super-premium American spirits and the lifting of tariffs by key trading partners, the report said.

But distillers face headwinds in redeveloping European sales, including supply-chain problems, said Amir Peay, owner of the Lexington, Kentucky-based James E. Pepper Distillery. For an industry that requires patience in crafting its products, it will take time to build back market share.

“The wind is in a much better direction,” Peay said in a phone interview Friday. “But it’s just unrealistic to think that we can flick a light switch and just immediately go back to a realistic pace of rebuilding what we lost. It’s just impossible from the situation we’re in right now.”

Distillers also have to balance the potential for overseas sales with strong domestic demand in deciding how to allocate finite supplies of whiskey. It takes years for whiskey to mature, especially the premium brands in high demand. Combined U.S. sales for bourbon, Tennessee whiskey and rye whiskey rose 6.7%, or $288 million, to $4.6 billion in 2021.

Last year, American whiskey accounted for 61% of all U.S. spirits exports in value terms and 38% in volume. The gap reflects the popularity of premium spirits that fetch higher prices.

Tennessee is the nation’s leading spirits exporter, followed by Kentucky, the council said.

Other U.S. spirits producers also posted strong gains in international sales. Exports of gin surged by 59%, vodka increased by 10% while liqueurs and cordials shot up by 41%, the report showed.