Red Stalagmites Reveal Glimpses of the Past 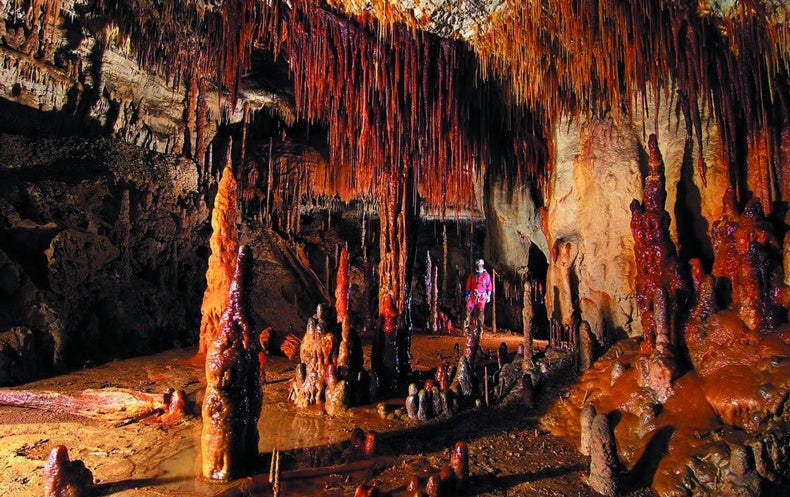 Not far from the famously multihued architecture of Bilbao in northern Spain, an underground world boasts its own vibrant display of color. The stalagmites and stalactites of Goikoetxe Cave are not just the usual white; many range from honey to deep red. New research shows that these formations, known generally as speleothems, get their red color from organic compounds leached from soil and transported by water. Scientists suggest, in an article published online in April in Quaternary International, that Goikoetxe Cave’s speleothems record environmental conditions such as rainfall.

Daydreaming Can Be Good for You