Readers Respond to the January 2021 Issue 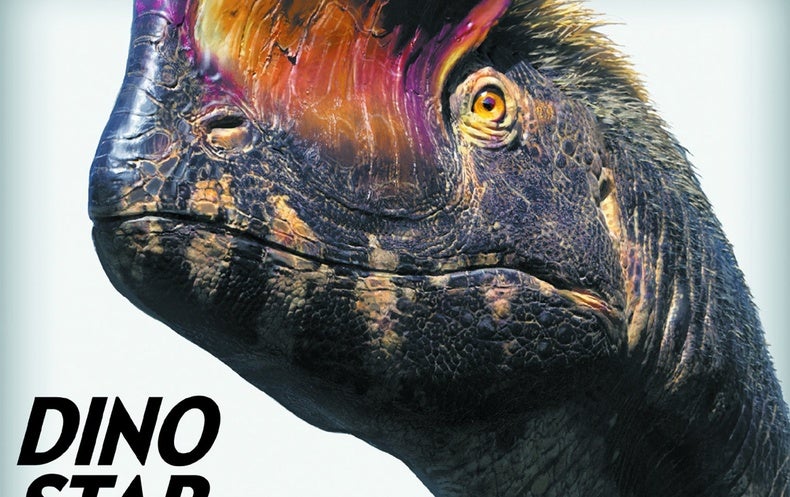 Arianna S. Long’s “Too Big for the Universe” describes ancient galaxy clusters that are surprisingly massive for their early age. Could this observation be related to how supermassive black holes in the centers of some galaxies have grown so big so quickly that their size is also difficult to explain?

While I was reading Long’s article, I happened to be twirling a glass of iced tea and noticed that the bubbles on top had centered in a cluster that looked very much like the image of the Distant Red Core protocluster in the accompanying graphic. I wonder if there might be more of an influence from dark matter on the gases involved. What if the dark matter is also spinning while the gases are forming galaxy clusters?

Starbuck wouldn’t be the first person to find physics in their tea! Check out the tea leaf paradox. We do know that both the dark matter halo and the baryonic matter (for example, stars, gas and dust) of a galaxy have spin—that is, angular momentum. It is believed that angular momentum was first introduced in the universe by gravitational tugs-of-war between competing overdense pockets of matter. As galaxies form and slam into one another, the spin can change in speed and direction. There is some evidence that cluster galaxies spin faster than noncluster galaxies (and that spin may therefore play a role in cluster formation). But it’s not quite definitive, and astrophysicists have competing results and theories. We hope future telescopes and technology will help us answer this question.

In “The Very Real Death Toll of COVID-19,” Christie Aschwanden debunks the falsehood that counts of those who have died of the illness are inflated. One claim that is circulated as a reason to believe COVID death figures are exaggerated is that supposedly hospitals receive better reimbursement for treating COVID patients. As a result, the claim asserts, when they bill for payment, all patients with a positive COVID test result get classified as a COVID case regardless of cause of death or degree of illness.

To combat such rumors, it would be interesting to hear the author’s findings, if indeed this issue has been researched.

THE EDITORS REPLY: Hospitals listing COVID as the cause of death cite positive laboratory tests, along with the reasons that COVID was the primary cause, and there are legal penalties for falsifying hospital records. There is no evidence of any overcount. The false rumor was spun out of one fact: under the CARES Act, hospitals can get an additional 20 percent reimbursement for confirmed COVID patients who are covered by Medicare. This is for the extra costs of severe and prolonged illness. Hospitals and health systems have not financially benefited from COVID: the American Hospital Association reports that they lost at least $323 billion last year because of the pandemic.

“The Mental Toll of COVID-19,” by Claudia Wallis [The Science of Health; December 2020], includes insights about the current psychological well-being of young adults. There is another important element to the rise in depression and anxiety among young people: the degraded state of our society.

We no longer have a cultural center—which a healthy society needs more than anything else. Born in 1949, I experienced the turmoil of the Vietnam War era. But as young adults, and as kids as well, my peers and I felt that society had its stuff together, with the motive and ability to take care of us. I don’t see that now.

Myriad windows on the world compete for attention with spectacles that, ultimately, exacerbate the dissolution of reasonable expectations. Institutions prey on confused people at ever younger ages. This is not about some personal nostalgia. It is about knowing the difference between a fairly healthy society and one on the way out.

Reading Akiko Iwasaki and Patrick Wong’s “The Immune Havoc of COVID-19” reinforced my thoughts that researchers are dancing around the real pathology of COVID-19. This is a pathology in which an infection triggers an autoimmune reaction in some people. That scenario is not new. An example is rheumatic fever, which can be triggered by Streptococcus bacteria in the form of strep throat or scarlet fever. The ideal treatment would have to be two-pronged, treating first the infection and then the autoimmune reaction in severe cases.

In “New Connections” [December 2020], Scott H. Frey describes how the brain may compensate for loss of nerves in transplanted hands. Another aspect to this story is that as important as central nervous system adaptation is for improved outcomes, coaxing greater success in peripheral nerves to regrow is a parallel goal.

Patients with transplanted or even reimplanted hands have dramatic long-term deficits in their recovery of skin sensation. Some studies indicate that only 10 percent of transected axons may ever successfully navigate to their targets. The goal of promising new work in peripheral neurobiology is the manipulation of neurons to pursue a plastic, regenerating growth state rather than maintenance of stable “wiring.”

The response of peripheral nerves to injury is unique and elegant. For example, neurons retain proteins that act as “brakes” to their growth, and their inhibition can substantially improve the capacity for regrowth. Manipulating these intracellular signals, combined with the addition of a widening field of neuron growth factors, offers hope to ramp up the extent, speed and accuracy of regeneration. Moreover, new forms of support for peripheral nerve glial cells known as Schwann cells may also help persuade reluctant nerves to regrow.

“Clues to Collapse,” by Karen Kwon [Advances], incorrectly says that the queen bee requires viable sperm to lay eggs. Without it, the queen can lay eggs that will hatch into drones but not worker bees.