Readers Respond to the April 2020 Issue 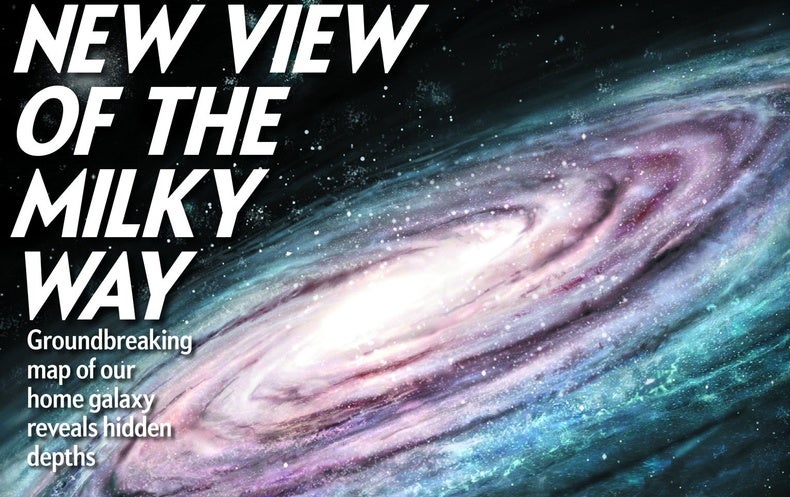 STARS ON THE MOVE

In “New View of the Milky Way,” Mark J. Reid and Xing-Wu Zheng state that they “find that the sun circles the Milky Way every 212 million years. To put this in perspective, the last time our solar system was in this part of the Milky Way, dinosaurs roamed the planet.” But because the rest of the stars in our galaxy are also moving in the same direction about the center, shouldn’t we “always” be in the same place with respect to them?

The spiral of the Milky Way has persisted for billions of years—which means its outermost stars must be moving faster! Since Isaac Newton, we have known that outer objects move more slowly. How do you explain the persistent spiral?

THE AUTHORS REPLY: Pankratz is conceptually right. The analogy we gave was simply to put the orbital period into perspective. To address his question in more detail: most stars orbit the Milky Way with a circular speed within about 10 percent of that of the sun. Because the circumference of the sun’s galactic orbit is about 50,000 parsecs, or nearly 170,000 light-years, after one galactic orbit, a typical star would be about 5,000 parsecs ahead of, or behind, the sun. So after a 212-million-year orbit, we would be in the company of totally different neighbors.

Dormann raises a question that puzzled astronomers long ago. We now know that because of dark matter, which extends well beyond where most stars are, the outermost stars are actually orbiting at about the same speed as the sun.

That said, the orbital circumference is larger farther from the center, so the outermost stars have longer orbital periods than those closer to it. This arrangement could lead to spiral patterns winding tighter over time. The answer to the “winding problem” is controversial, but it probably involves patterns rotating slower than the stars or patterns that are short-lived and re-form continuously.

Chethan Sathya’s observations on the challenges of both discrimination and harassment faced by women surgeons in “Stand Up for Female Surgeons” [Forum] are noteworthy. Behavioral change is critical if we are to address workplace cultures that allow gender and other forms of inequality to persist.

Now more than ever, the need for every physician in every health system to be fully engaged, valued and productive is obvious. Patients around the world need all of us working at the top of our game and collaborating with one another to deliver the care that they require today. More important, society needs the diverse views that each one of us brings to the urgent work of redesigning our system of health care delivery to adapt to our rapidly changing world.

Our experience shows that systematically addressing barriers to recruitment, retention and leadership participation is an essential starting point and that more can be done to improve well-being in the workplace for surgeons and their families. But teamwork is integral to our business. For generations, women surgeons have valued the same goals as men: delivering patient-centered care, experiencing the challenges and joys of operative surgery, and undertaking the lifelong pursuit of aca­demic inquiry.

It’s time for all of us to work together to build a better health service where everyone’s contribution is valued.

In “Who’s Rational about Risk?” [Observatory], Naomi Oreskes notes that white men and scientists are less concerned than others about the risks of technology.

Viewing the issue with an awareness of the pervasive racism and sexism in American society might help our understanding. Because I check every box of privilege, I have been free to live less cautiously than friends who are not white or male or heterosexual. Now it is a deep-seated habit. My duty to the common good, however, is to listen more carefully and hear others more fully.

Although it was not her principal purpose in the piece, Oreskes makes a very good case for openness in decision-making about risks in general. What she does not do is to discuss the analytical methods used in risk assessment.

I spent much of my career as an economist for the British government. One of the topics in which I had quite a lot of involvement was the economics of flood risk management (FRM). In England, significant FRM projects are routinely subject to cost-benefit analysis (CBA), in which flood risks, and how they might be expected to change following the introduction of a project, are quantified. Perhaps more important, the business cases for FRM projects are subject to judicial review and thereby to public scrutiny.

One notable component of this kind of appraisal is the determination of who benefits and who bears the costs and risks involved in a project. In recent years a variant of CBA known as risk-benefit analysis (RBA) has evolved for use in cases where the assessment of risk is a key component. Methodologically, it has much in common with CBA, although, as its name implies, the emphasis on risk assessment tends to be more pronounced.

Personally, I have always been a firm believer in the merits of openness in government. I hope the methods I’ve described indicate one way in which this can be achieved where risk assessment is a key analytical component in decision-making.

As a medical doctor, I thank you for publishing the excellent commentary on “What’s Missing from Medical Training,” by Erin Paquette and Angira Patel [Forum, March]. To help improve our public’s health, I think we need more such articles published, read and understood by a greater number of people. Good-quality health care does call for tackling health problems at their roots. More providers must go “upstream” to advocate for improving fairness and equity in opportunities for better well-being through social determinants of health in all aspects of society. Not doing so leaves medical interventions unfinished and communities frustrated—and will mean society cannot reach its full capacity to thrive.

Andrea Gawrylewski’s review of The Human Planet [Recommended] should have referred to the South Pole rather than the southern tip of Antarctica.

“Landing on the Right Foot,” by Leslie Nemo [Advances, June], includes a map illustration with an incorrect key. It should have indicated that U.S. states shown in blue use the “U.S. survey foot” and that those set in pink use the “international foot.”