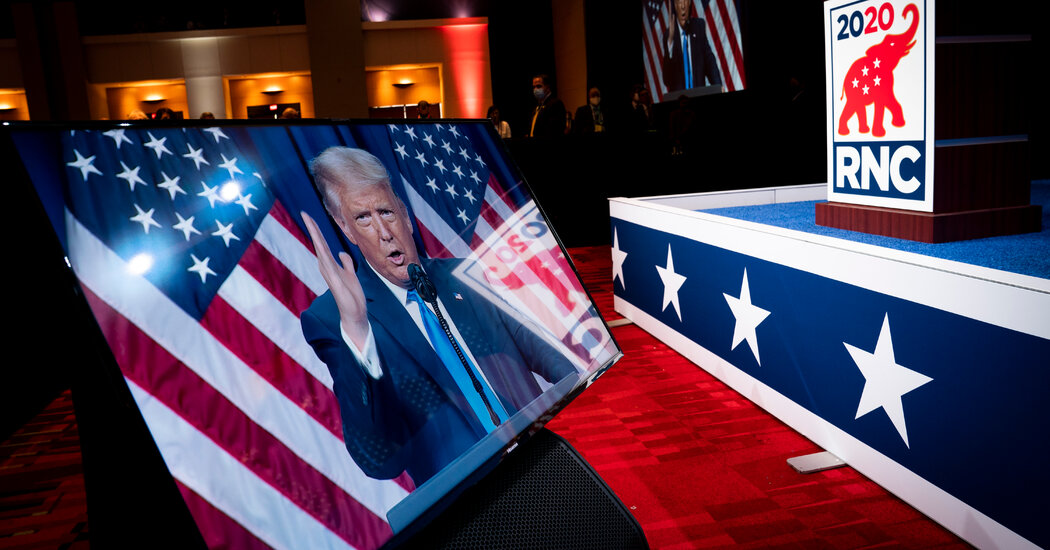 TV viewership for the first night of the Republican National Convention fell short of the Democrats’ first night last week, according to Nielsen.

About 17 million people watched the Republicans live on Monday night between 10 and 11 p.m., down from the 19.7 million who tuned in for last Monday’s speeches by Senator Bernie Sanders and Michelle Obama.

A significant portion of that audience watched on Fox News, which brought in 7.1 million viewers — by far the biggest TV audience of the night. It was the network’s highest-rated opening-night convention audience in 24 years of broadcasting.

Overall, the Republicans’ TV audience was down about 26 percent from its opening night in 2016. Last week, the Democrats saw a 24 percent decline in their opening night viewership.

President Trump has a well-known fixation on television ratings, and he is sure to take note of the overnight figures. Aides to the president, who is a former reality TV star, hired two producers from his show “The Apprentice” to help oversee this year’s convention programming.

The downward ratings trend for both political parties speaks to the growing number of Americans who watch live events online or on streaming platforms, as traditional TV subscriptions continue to fall, and to the difficulty of staging a convention during a pandemic without a large live audience and the chance of the unexpected. The Nielsen numbers do not include those streaming viewers, an audience that remains difficult to credibly measure.