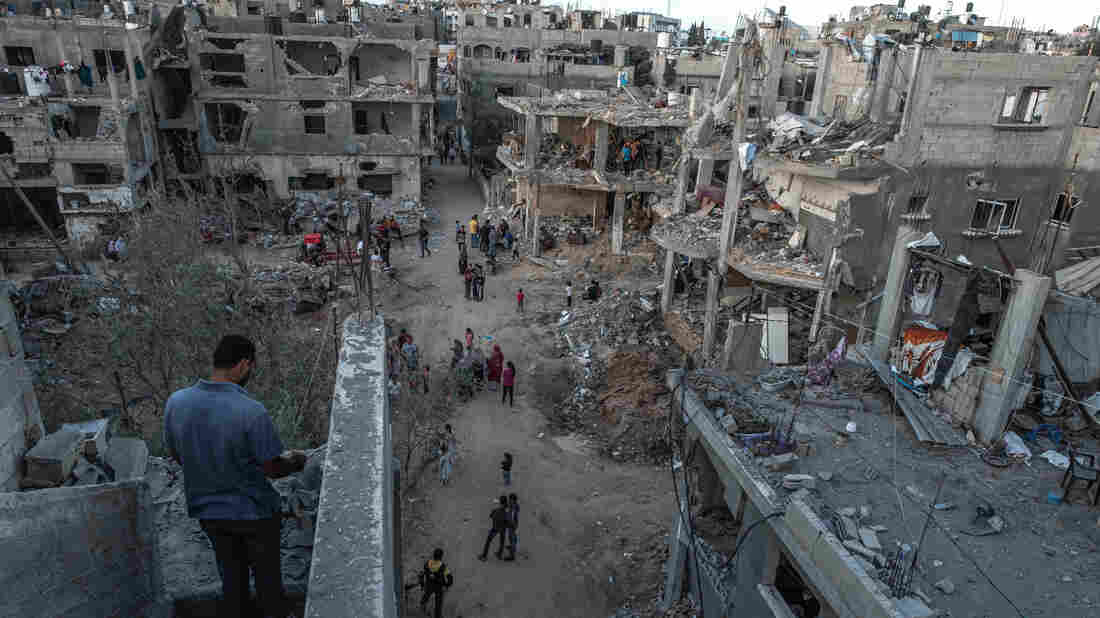 Palestinians inspect the rubble of their destroyed houses in Beit Hanun, northern Gaza Strip, on Saturday. The ceasefire between Israel and Hamas appeared to be holding. Fatima Shbair/Getty Images hide caption 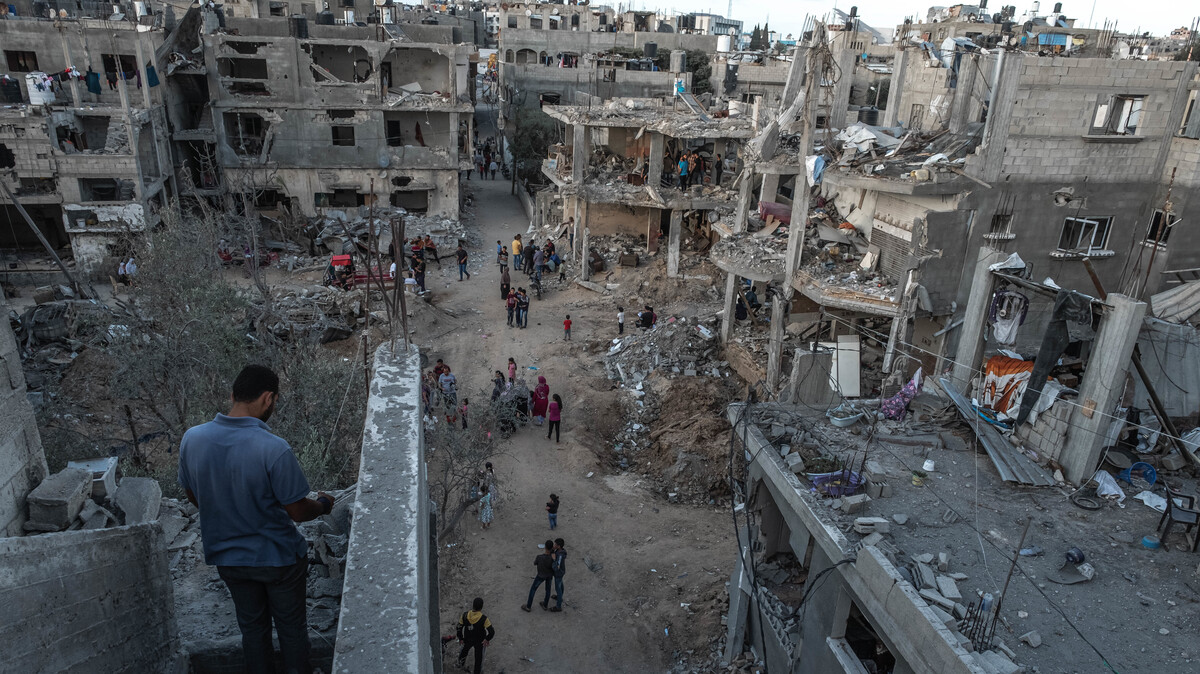 Palestinians inspect the rubble of their destroyed houses in Beit Hanun, northern Gaza Strip, on Saturday. The ceasefire between Israel and Hamas appeared to be holding.

JERUSALEM — The cease-fire between Israel and Gaza held for a second day Saturday, as focus turned to rebuilding after 11 days of fighting left more than 240 Palestinians and 12 Israelis dead.

At the center of talks is the reconstruction of Gaza, where Israeli airstrikes destroyed hundreds of homes and commercial buildings, damaged six hospitals and 53 educational facilities, and damaged roads and electricity lines, according to the United Nations. Israel says it was targeting Hamas militants.

Electricity shortages have created other problems: desalination plants that provide drinking water and sewage treatment plants are offline. About 800,000 people in Gaza are without regular piped water.

Any rebuilding effort will likely cost billions. Egyptian President Abdel-Fattah el-Sissi pledged $500 million. But other international donors — including the U.S. — are wary that aid could be misused for military purposes by Hamas or any investment in Gaza could be destroyed in another war.

Additionally, the materials necessary for rebuilding — such as cement and pipes — have long been subject to restrictions by Israel, which, along with Egypt, has for years held Gaza under blockade. Israel argues that the materials are used by Hamas to build up its military capabilities.

The negotiations are being mediated by Egypt, which shares a border with Gaza and maintains direct contact with Hamas, unlike the U.S. Next week, U.S. Secretary of State Antony Blinken is expected to arrive to participate in talks.

There is also the question of which Palestinian group will handle the funds. Gaza is governed by Hamas, which is regarded as a terror organization by the U.S. and Israel.

In administering aid, President Biden announced Thursday that the U.S. would work with the Palestinian Authority, the political group that administers the West Bank and rivals Hamas in claiming to represent the Palestinian national movement.

“We will do this in full partnership with the Palestinian Authority — not Hamas, the Authority — in a manner that does not permit Hamas to simply restock its military arsenal,” Biden said, adding that he’d spoken multiple times with the Authority’s president, Mahmoud Abbas.

Hamas has loudly proclaimed victory in this month’s conflict, and Palestinians across the region celebrated Friday in support. The group’s popularity had previously been in decline over the last decade, but now some in Israel worry the conflict will lead to a rise in its popularity.

“Militarily, Hamas was defeated, yet they still have achievement in the position that they put themselves in the Palestinian leadership. They got into the vacuum that Abu Mazen created,” said retired IDF major general Amos Yadlin, referring to Abbas by another frequently used name.

Until those questions are resolved, Israel and Gaza have continued to maintain what’s called a “quiet for quiet” agreement — so long as Hamas fires no rockets, Israel says, they will not fire either, and the same for Hamas.

On the second day of the ceasefire, many of Israel’s Jewish communities stood quiet in observance of the Sabbath. In Gaza, residents turned out to survey the damage, visit shops and restaurants for the first time in two weeks, and — for the families of the 243 Palestinians who died, according to Gaza officials, including dozens of children — mourn loved ones.

After being holed up for 11 days as rocket fire from Gaza militants and Israeli airstrikes raged throughout the night, many Palestinians celebrated what they viewed as a Hamas victory and expressed relief at the pause in hostilities.

“I feel much better. I can’t even describe the past days. Every minute I was thinking, ‘I’m going to die,’ ” said Aysha Abu Sultan, a Gaza resident who said she’d spent the last 11 days feeling “terrified.”

In previous conflicts between Israel and Gaza, cease-fires have repeatedly broken down soon after taking effect, especially during the war in 2014.

Perhaps the biggest test for the 2-day-old ceasefire is the forthcoming ruling by the Israeli Supreme Court about a set of evictions in an East Jerusalem neighborhood called Sheikh Jarrah.

That ruling had originally been scheduled for earlier this month. But as protests grew and tensions mounted, even before the beginning of the rocket fire, the judgment was delayed. The court is now expected to rule in about two weeks.