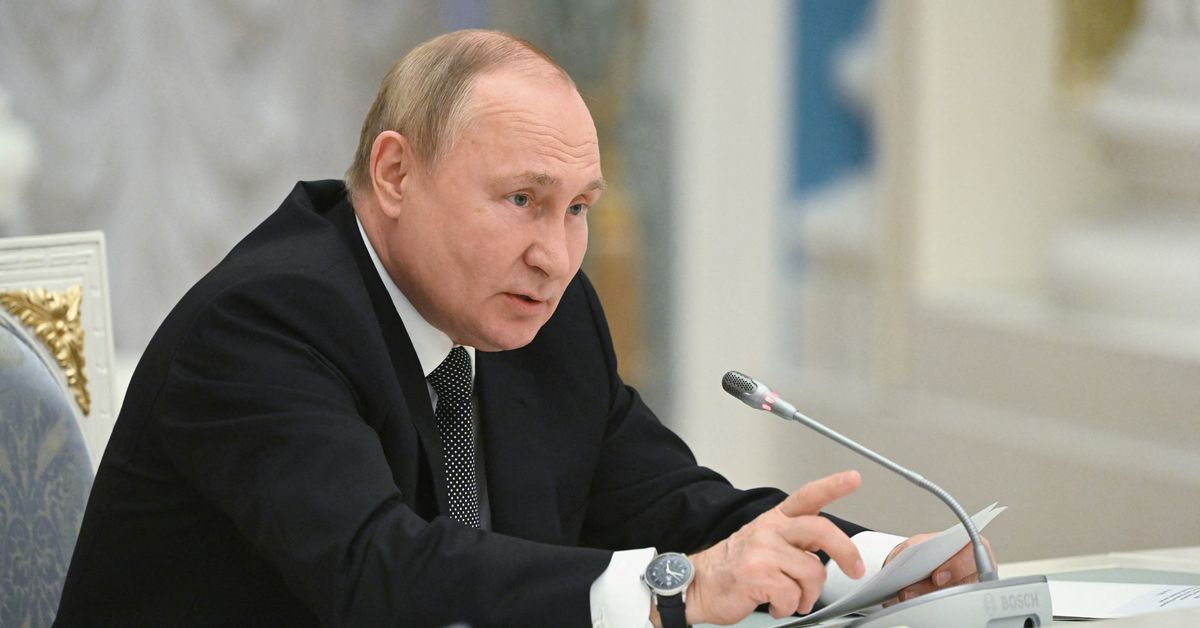 Russian President Vladimir Putin chairs a meeting of the State Council Presidium at the Kremlin in Moscow, Russia May 25, 2022. Sputnik/Sergey Guneev/Kremlin via REUTERS

DAVOS, Switzerland, May 26 (Reuters) – Russia will not win its war in Ukraine and President Vladimir Putin must not dictate the terms of any peace agreement, German Chancellor Olaf Scholz said on Thursday.

After failing to seize Ukraine’s capital Kyiv or its second city Kharkiv in its three-month-old war, Russian forces are trying to wrest full control of the eastern Donbas region and have also advanced in the south despite stiff Ukrainian resistance and tough Western sanctions on Moscow. read more

“Putin must not win his war, and I am convinced he will not win,” Scholz said in a speech at the World Economic Forum in the Swiss resort of Davos. “A capture of the whole of Ukraine seems further away now than at the beginning of the war.”

Although some have suggested that Ukraine should negotiate with Putin and consider ceding territory, Scholz rejected the idea of letting Putin dictate the terms of an agreement. read more

“There will be no dictated peace,” Scholz added. “Ukraine will not accept this, and neither will we.”

Putin is only likely to seriously negotiate once he accepts that the war cannot be won, making continued Western support for Ukraine essential, he said.

Scholz, however, did not address Ukrainian demands for the delivery of more heavy weapons to Kyiv, despite concrete requests by Ukraine’s Foreign Minister Dmytro Kuleba in Davos on Wednesday.

Kyiv has been seeking to acquire German Marder infantry fighting vehicles and ideally also Leopard main battle tanks but has not made significant headway with the government in Berlin, Kuleba said. read more

Hoping to weaken Russia’s economy and thus its ability to wage war, Scholz said Germany would end imports of Russian oil by the end of 2022 and also reduce its reliance on Russian gas.