Putin, whose government has been accused of aiding Trump, praises Democrats in an interview. 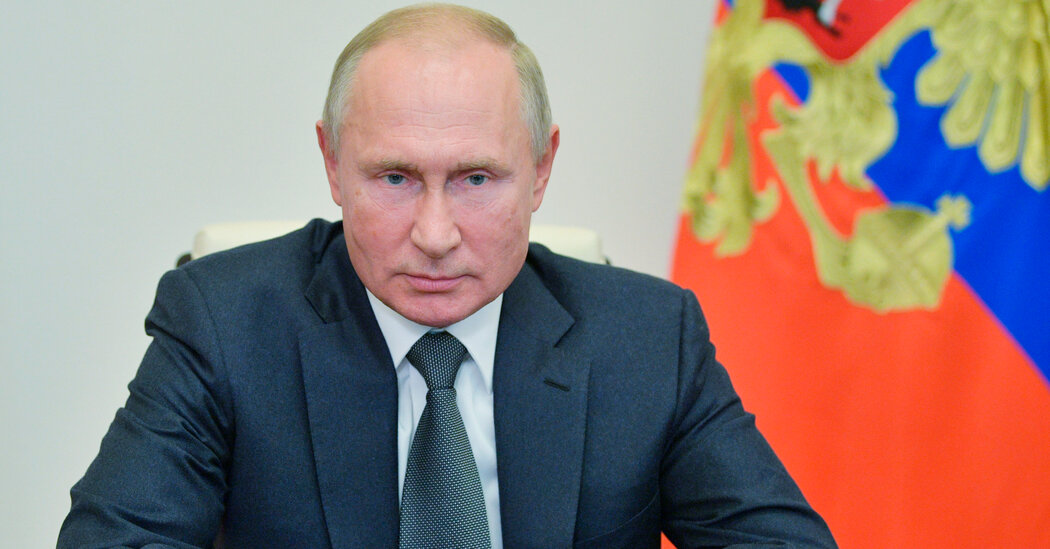 President Vladimir V. Putin of Russia, whose government was accused by American officials of interfering in the 2016 American election to help the Trump campaign, gave a wide-ranging interview on American politics on Wednesday in which he spoke warmly about Democrats.

It was unclear what his goals were — Christopher A. Wray, the director of the F.B.I., warned a House committee last month that Russia was actively pursuing a disinformation campaign against Joseph R. Biden Jr. — but one possibility was that Mr. Putin was reaching out in case Mr. Biden, who leads in the polls, wins the election.

In the interview, Mr. Putin criticized Mr. Biden for what he called anti-Russian rhetoric but said he appreciated the candidate’s positions on arms control and went on to suggest some ideological common ground.

The Democratic Party, he said, is “traditionally closer to liberal values, it is close to the ideas of social democracy,” and these positions could help build contacts with Russia. Mr. Putin noted that he was for 18 years a member of the Soviet Communist Party. “Ever since, I have liked many of the leftist values,” he said.

In domestic politics, Mr. Putin and the ruling United Russia party are seen as well to the right of the post-Soviet Russian Communist Party, though these positions matter little as police repression has squelched most real political competition.

Mr. Putin suggested another intersection of interests in the Soviet Union’s traditional support for civil rights for Blacks. This history could “also become a basis for mutual understanding,” he said.

In the interview on state television, Mr. Putin also said that President Trump, though he had advocated warmer ties with Moscow, had not delivered any breakthroughs. “The intentions President Trump spoke of earlier were not realized,” he said, though without blaming Mr. Trump. Mr. Putin said anti-Russian sentiment in both American parties had hindered any warming of relations.

In foreign affairs, analysts of Russian influence operations say Moscow has supported destabilizing political figures or movements on both the left and the right, in the hopes of undermining Western political unity. Moscow has denied meddling in Western elections.

Last month, in another apparent effort at outreach before the U.S. election, the Kremlin proposed a truce in cyberoperations between the United States and Russia, though without acknowledging cyberattacks in countries from the Ukraine to the United States.