Putin outraged by Zelenskyy note delivered by Russian oligarch Ambramovich: ‘Tell him I will thrash him’ – Yahoo News 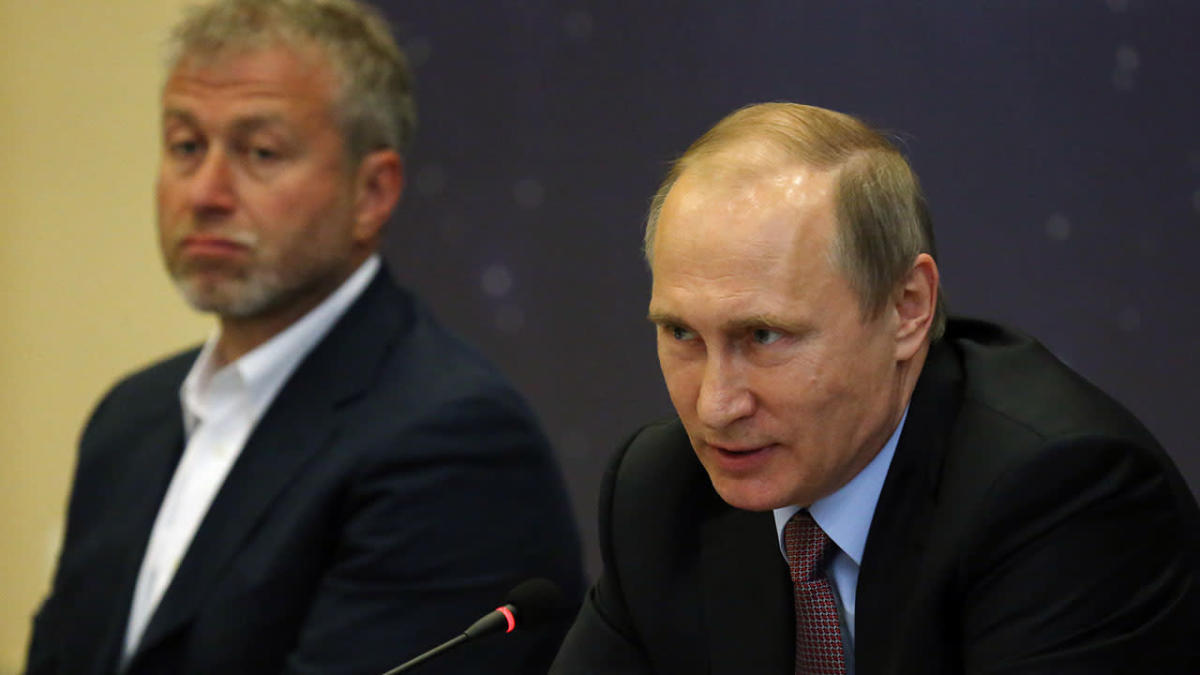 The Times of London reported Monday that Abramovich, a close ally of Putin acting as Russia’s envoy to Ukrainian negotiators, last week met Putin in Moscow and presented him with a handwritten note from Zelenskyy outlining the conditions he would consider in order to reach a cease-fire agreement.

Though the newspaper did not disclose the exact contents of the alleged note, The Times said Putin’s response was unequivocally clear: “Tell him I will thrash them.” Fox News has not verified the report.

RUSSIA, UKRAINE NEGOTIATORS HOLD IN-PERSON TALKS IN TURKEY AS MOSCOW SAYS IT WILL PULL BACK FROM KYIV, CHERNIHIV

Abramovich, who along with two top Ukrainian diplomats reportedly suffered a suspected poisoning in Kyiv earlier this month, was present in person Tuesday in Istanbul, Turkey, where another round of talks between Ukrainian and Russian delegations happened for the first time in nearly three weeks.

His exact role in the talks was unclear, as the Kremlin has stressed Abramovich is not an official member of the delegation in Istanbul but has been serving as a go-between for the Russian and Ukrainian sides.

Ukraine’s ambassador to the United Kingdom, Vadym Prystaiko, was critical of Abramovich’s presence at the talks hosted at the Dolmabahce Palace, commenting to the BBC on Tuesday, “I don’t know if he’s buying his way out somehow or if he’s really useful, that’s very difficult to tell.”

The Wall Street Journal and Netherlands-based investigative group, Bellingcat, both reported about the suspected poisoning on Monday, saying Abramovich, Ukrainian lawmaker Rustem Umerov and another negotiator had all experienced symptoms that included red eyes, constant and painful tearing, and peeling skin on their faces and hands following a March 3 meeting in Kyiv.

The reports said the conditions of the three men have since improved and their lives weren’t in danger.

But contacted by Fox News, a spokesman for Zelenskyy’s office denied reports about the poisoning, as did Kremlin spokesman Dmitry Peskov, who told Russian media the reports were false and part of an “information war.” Umerov tweeted, “I’m fine,” Monday, warning not to trust “unverified information.”

Still, BBC reported that Ukrainian Minister of Foreign Affairs Dmytro Kuleba said on Ukrainian TV hours before Tuesday’s talks in Istanbul that he advised colleagues not to eat or drink anything.

The Russian government has previously been accused of poisoning perceived dissenters. The Kremlin has been tied to the 2020 nerve agent attack on Russian opposition leader Alexei Navalny in Siberia, the 2018 nerve agent attack on Sergei Skripal, a former Russian military officer who defected to the U.K., and his daughter Yulia, and the 2004 poisoning of pro-Western Ukrainian presidential candidate Viktor Yushchenko, who was left permanently disfigured following the attack.

Speaking at a press conference in Morocco Tuesday, Secretary of State Antony Blinken said there’s “concern” of reports about the poisoning due to Russia’s “track record” with Navalny and others.

Abramovich, the owner of Chelsea football club, has been sanctioned by the U.K. and the European Union, but the Journal previously reported that Zelenskyy asked the U.S. not to sanction Abramovich due to his role in facilitating talks and his growing interest in humanitarian issues, including potentially organizing civilian evacuations from the besieged Mariupol, so the U.S. Treasury paused plans to do so.

The BBC noted that Abramovich, who also holds Israeli and Portuguese citizenship and owns a minority stake in the steel company Evraz PLC, was seen on Turkish television coverage of the talks listening to a translation through headphones while sitting next to Erdogan’s spokesman Ibrahim Kalin at a separate table from the main delegations on Tuesday.

As talks were underway Tuesday, Russian Deputy Defense Minister Alexander Fomin told reporters in Moscow that his country has agreed to “fundamentally cut back military activity in the direction of Kyiv and Chernihiv” in order to “increase mutual trust for future negotiations to agree and sign a peace deal with Ukraine,” according to the Financial Times. The announcement did not signal any relief, however, for the besieged cities of Odesa or Mariupol, which have suffered heavy Russian bombardment.