Prosecutors in Floyd case ask for 2-day sealing of documents 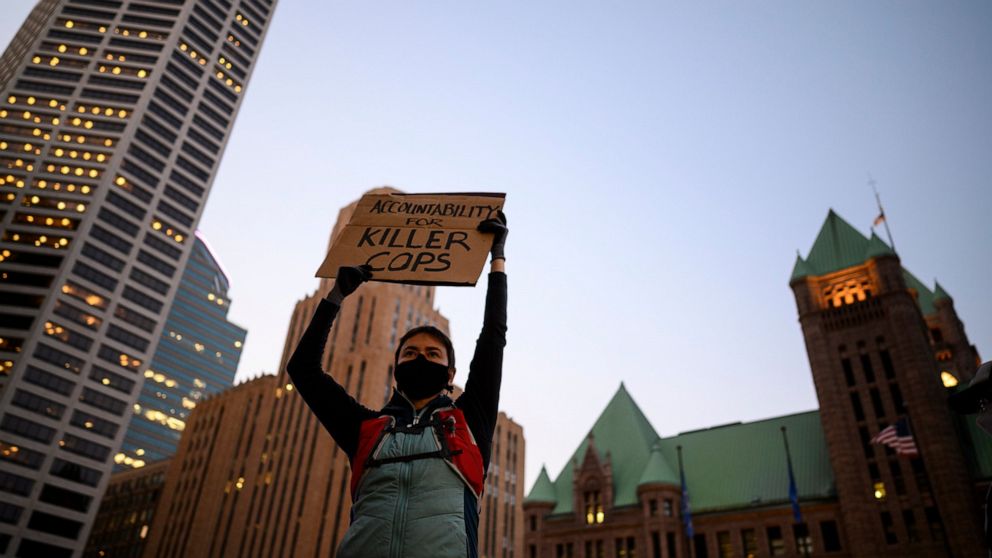 MINNEAPOLIS — Prosecutors in the case against four former Minneapolis officers charged in the death of George Floyd are asking a Minnesota judge to restrict public access to new court filings for two days so the opposing side has a chance to ask for that information to be sealed.

In their request, dated Monday and made public Tuesday, prosecutors said a temporary protective order is warranted when there’s a risk that pretrial publicity could sway potential jurors. They said a two-day wait would also ensure that potentially confidential or inadmissible information isn’t improperly released.

It was unclear when Hennepin County Judge Peter Cahill would rule on the request, but a hearing has been scheduled for Thursday.

Their request was filed the same day that defense attorney Earl Gray submitted body camera videos and transcripts of a 2019 arrest of Floyd that he says shows Floyd was not the law-abiding citizen he has been portrayed to be. It also came as prosecutors filed additional documents, including a more detailed accounting of what Gray called the “alleged misdeeds” of three of the officers.

The prosecutors’ documents were made public, but on Tuesday Gray’s documents had still not hit the public court system.

Gray, the attorney for Thomas Lane, called the situation “hogwash,” saying prosecutors filed their own motions that could sway jurors in the state’s favor, while asking to screen future motions that could help the defense. When asked if there was any link between prosecutors’ request to keep documents under seal and his request to include body camera video evidence from Floyd’s 2019 arrest, he said “it has everything to do with it. But they wanted to get their stuff filed first.”

“They’ve got my filing stopped, without a motion or anything,” Gray said. “Now they filed all the damaging stuff they need to. They don’t want me to file the damaging evidence that I have that shows George Floyd was not in shock,” he said. “It’s crazy.”

Prosecutors had no comment on Gray’s remarks, but said they planned to discuss their position during Thursday’s hearing.

Floyd, a Black man in handcuffs, died May 25 after Derek Chauvin, who is white, pressed his knee against Floyd’s neck for several minutes while Floyd said he couldn’t breathe. Floyd’s death was captured in widely seen bystander video that set off protests around the world. Chauvin and three other officers were fired. Chauvin is charged with second-degree murder, third-degree murder and manslaughter; Lane, J. Kueng and Tou Thao are charged with aiding and abetting second-degree murder and manslaughter.

Prosecutors said the state “anticipates that filings in this case will involve protected or inadmissible evidence” and that if evidence becomes public it could unfairly influence public opinion.

“The proposed temporary protective order strikes the appropriate balance between the need for public disclosure and the need to avoid the disclosure of confidential or inadmissible information,” prosecutor Matthew Frank wrote. “Where no party objects to public disclosure, any restriction on the public right of access would be short and temporary.”

Frank said the public does not have an “absolute” right to access court documents.

If either side opposes the release of any documents, they can ask for an order to keep them from being disclosed, Frank wrote, noting that defense attorneys have already asked to move the case out of Hennepin County due to pretrial publicity.

Randy Lebedoff, senior vice president and general counsel for the Star Tribune, said a media coalition that is arguing for more access in the case opposes the prosecutors’ request.

The Associated Press, which is part of the media coalition, obtained Gray’s documents through coalition counsel.

In his documents, Gray said Floyd’s behavior on the night he died was “almost an exact replica” of how he acted during the arrest a year earlier. Floyd swallowed drugs, resisted police officers, ignored commands, acted erratically and cried and called out for his mother, Gray said. It should be admissible at trial because it shows Floyd’s modus operandi and counters prosecutors’ portrayal of Floyd as being scared, he said.

Gray said he doubts much of the evidence outlined in prosecutors’ own document would be admissible.

Monday’s court filings by prosecutors include their explanation of why they believe the four men should receive longer prison sentences if convicted. They also filed proposed jury questions about aggravating factors in the case, and a 44-page document that provides more detail about Chauvin’s prior use of neck or head and upper body restraints.