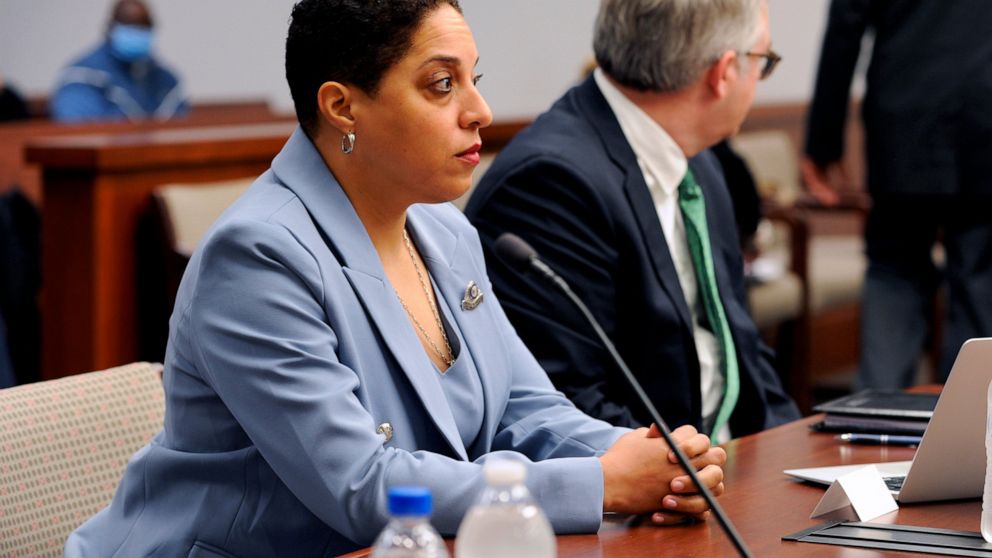 Missouri’s attorney general asked a judge on Thursday to sanction St. Louis Circuit Attorney Kim Gardner, accusing her of concealing evidence in her effort to vacate the conviction for a man who has spent nearly 30 years in prison for murder.

Lamar Johnson was convicted in 1994 of killing 25-year-old Marcus Boyd in an alleged drug dispute. Johnson has long claimed innocence. Gardner, a Democrat, filed a motion in August asking a St. Louis judge to vacate the conviction, a move that would free Johnson from prison. The judge has not yet ruled in the case but a hearing is scheduled for Monday.

Republican Attorney General Eric Schmitt’s filing in St. Louis Circuit Court said the circuit attorney’s office falsely claimed that it had provided all forensic testing to the attorney general as part of the discovery process.

Gardner’s office, in a statement, accused Schmitt of twisting the facts “to suit his personal agenda.”

“This is not the first time this office has used the justice system to play politics,” the statement said, referring to Schmitt’s office. “The Office of the Circuit Attorney at no point intentionally concealed evidence.”

Schmitt’s spokesman, Chris Nuelle, declined comment. Schmitt was elected to the U.S. Senate in November but won’t be sworn in for his new job until Jan. 3.

Johnson was convicted of killing Boyd over a $40 drug debt and received a life sentence while another suspect, Phil Campbell, pleaded guilty to a reduced charge in exchange for a seven-year prison term.

Johnson claimed he was with his girlfriend miles away when Boyd was killed. Meanwhile, years after the killing, the state’s only witness recanted his identification of Johnson and Campbell as the shooters. Two other men have confessed to Boyd’s killing and said Johnson was not involved.

Gardner launched an investigation in collaboration with lawyers at the Midwest Innocence Project. She said the investigation found misconduct by a prosecutor, secret payments made to the witness, police reports that were falsified and perjured testimony.

The former prosecutor and the detective who investigated the case rejected Gardner’s allegations.

Schmitt’s new court filing states that in April, Gardner sent the jacket to the crime lab in Kansas City, Missouri. The lab report said it found no DNA on the jacket.

A judge in September ordered Gardner to turn over to Schmitt’s office any additional discovery, according to the filing. It stated that on Nov. 30, the Kansas City lab completed gunshot residue testing, but Gardner’s office failed to turn it over until a week later.

“In this case, the Attorney General managed to locate the evidence despite the Circuit Attorney’s intentional efforts to conceal it,” the filing stated.

Gardner was disciplined earlier this year amid allegations of concealing evidence in another high-profile case.

In April, she reached an agreement with the Missouri Office of Disciplinary Counsel in which she acknowledged mistakes in her handling of the prosecution of former Missouri Gov. Eric Greitens. She received a written reprimand.

In that case, Gardner conceded she failed to produce documents and mistakenly maintained that all documents had been provided to Greitens’ lawyers in the 2018 criminal case that accused him of taking a compromising photo of a woman and threatening to use it if she spoke of their extramarital relationship.

The charge was eventually dropped, but Greitens resigned in June 2018.

Johnson’s claims of innocence were compelling enough to spur a state law adopted in 2021 that makes it easier for prosecutors to get new hearings in cases where there is new evidence of a wrongful conviction. Gardner’s August motion to vacate the sentence cited the law.

Kevin Strickland was released from prison at age 62 in November 2021 after serving more than 40 years for a triple murder in Kansas City. He maintained that he wasn’t at the crime scene, and Jackson County Prosecutor Jean Peters Baker said her review convinced her that Strickland was telling the truth. A judge ordered Strickland freed.