Prosecutor: 3 cops in Floyd killing ‘chose to do nothing’ – Associated Press 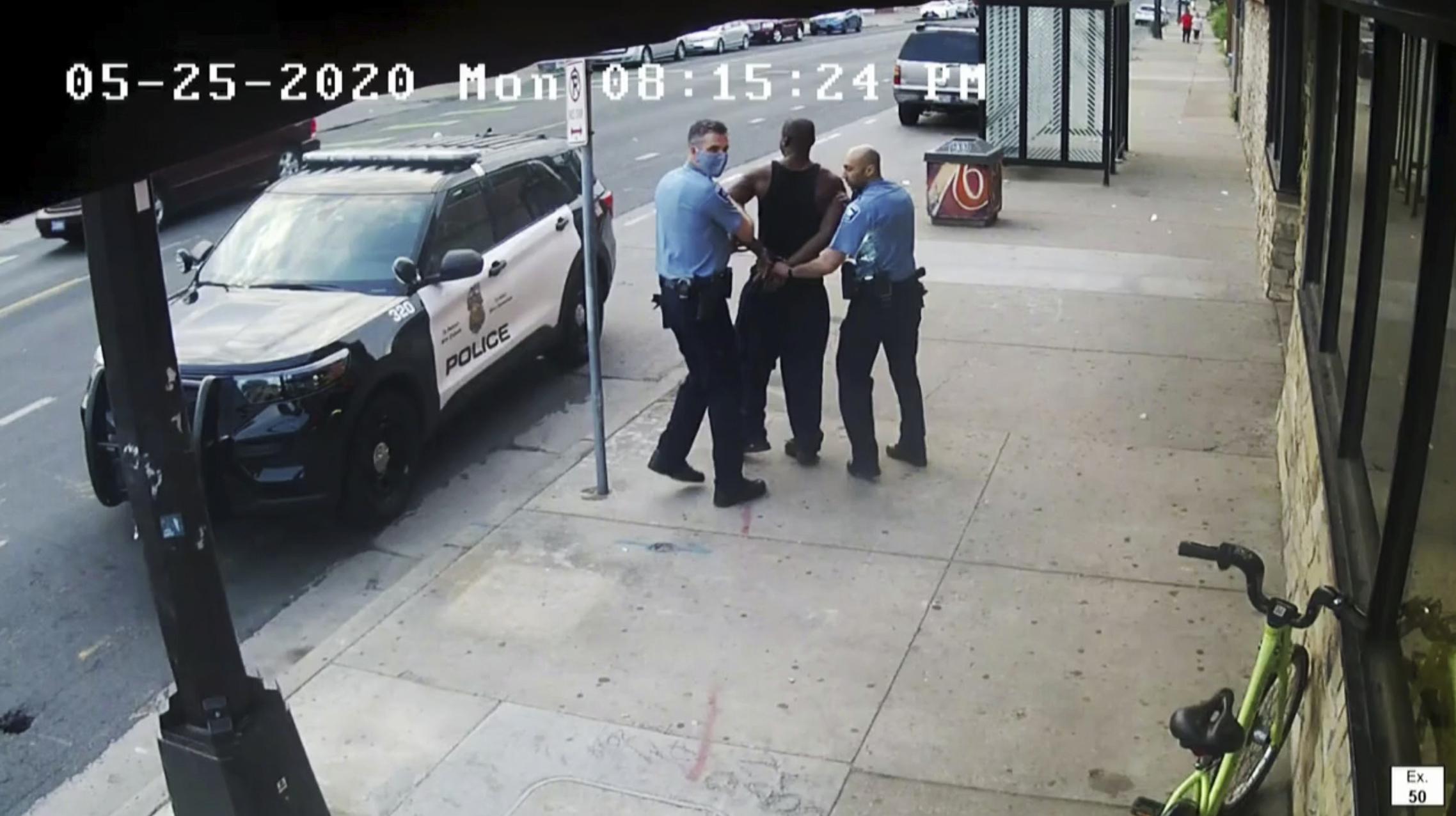 ST. PAUL, Minn. (AP) — An attorney for a rookie Minneapolis police officer charged with violating George Floyd’s civil rights said during closing arguments at his federal trial Tuesday that his client spoke up to Officer Derek Chauvin but was ignored.

Earl Gray is the attorney for Thomas Lane, who held Floyd’s feet while Chauvin knelt on the Black man’s neck for 9 1/2 minutes and another officer knelt on Floyd’s back. Chauvin was the senior officer on the scene.

Gray said that Lane was “very concerned” about Floyd and suggested rolling Floyd on his side so he could breathe, but was rebuffed.

Lane, J. Alexander Kueng and Tou Thao are charged with depriving Floyd of his right to medical care when Chauvin pressed his knee into Floyd’s neck as the 46-year-old Black man pleaded for air before going silent. Kueng and Thao are also charged with failing to intervene to stop Chauvin during the May 25, 2020, killing that triggered protests worldwide and a reexamination of racism and policing.

Kueng’s attorney, Tom Plunkett, hammered away at a major part of the defense contention that the officers were inadequately trained in intervention and that they deferred to Chauvin, who was the senior officer on the scene.

“I’m not trying to say he wasn’t trained,” Plunkett said. “I’m saying the training was inadequate to help him see, perceive and understand what was happening here.”

Earlier, Thao’s attorney, Robert Paule said his client thought officers were doing what they believed was best for Floyd — holding him until paramedics arrived.

Thao was watching bystanders and traffic as the other officers held down Floyd. Kueng knelt on Floyd’s back and Lane held his legs.

The charges include language that the officers “willfully” deprived Floyd of his constitutional rights.

That means jurors must find that officers acted “with a bad purpose or improper motive to disobey or disregard the law,” Paule said.

He noted that Thao increased the urgency of an ambulance call for Floyd, something he said was clearly “not for a bad purpose.” He also said that Thao reasonably believed Floyd was on drugs and needed to be restrained until medical assistance arrived, there was no bad purpose.

Thao and Chauvin went to the scene to help Kueng and Lane, who were rookies, after they responded to a call that Floyd used a counterfeit $20 bill at a corner store. Floyd struggled with officers as they tried to put him in a police SUV.

Earlier, prosecutor Manda Sertich singled out each former officer as the government wrapped up its case in the monthlong trial.

Thao stared directly at Chauvin and ignored bystanders’ pleas to help a man who was dying “right before their eyes,” Sertich said.

She said Kueng casually picked gravel from a police SUV’s tire as Chauvin “mocked George Floyd’s pleas by saying it took a heck of a lot of oxygen to keep talking.”

And Lane voiced concerns that showed he knew Floyd was in distress but “did nothing to give Mr. Floyd the medical aid he knew Mr. Floyd so desperately needed,” the prosecutor said.

Prosecutors have argued that the officers violated their training by not rolling Floyd onto his side or giving him CPR.

Sertich discounted Lane’s attempt to perform CPR after an ambulance arrived, saying the officers did nothing for 2 1/2 “precious minutes” after Floyd became unresponsive and before paramedics got there.

“They chose to do nothing, and their choice resulted in Mr. Floyd’s death,” she said.

The prosecutor ran through the elements necessary to prove that Thao and Kueng failed to intervene, saying they did nothing, “not one statement, not one gesture, not one physical intervention,” to stop Chauvin. She also highlighted Thao’s status as a veteran officer: “He certainly had the means to save Chauvin from himself.”

Sertich contrasted the officers’ inaction with the desperate cries of bystanders pleading with them to get off Floyd and to check for a pulse: “Even though they had no power, no authority, no obligation, they knew they had to do something.”

Those bystanders, Sertich said, gave Thao and Kueng “play-by-play commentary” that should have raised their awareness that Floyd was in trouble — shouting that Floyd could not breathe, that he wasn’t responsive and urging the officers to look at him.

“Anyone … can recognize that someone with a knee on their neck, who has slowly lost their ability to speak, stopped moving and has gone unconscious has a serious medical need,” Sertich said, urging jurors to review videos of what happened.

Lane, Kueng and Thao all testified during the trial.

Chauvin pleaded guilty in the federal case in December, months after he was convicted of state murder and manslaughter charges.

At the start of the trial, U.S. District Judge Paul Magnuson selected 18 jurors, including six alternates. Fourteen remain: 12 who will deliberate and two alternates. A jury that appears to be all white will consider the case after a juror who appeared to be Asian American was dismissed Tuesday morning without explanation. The court did not release demographic information.

Lane, who is white, Kueng, who is Black, and Thao, who is Hmong American, also face a separate trial in June on state charges alleging that they aided and abetted murder and manslaughter.

The trial was wrapping up just as another major civil rights trial in Georgia resulted in the conviction of three white men on hate crimes charges in the death of Ahmaud Arbery, a 25-year-old Black man who was chased and shot in February 2020.

This story was updated to correct Floyd’s age when he died. He was 46, not 45.