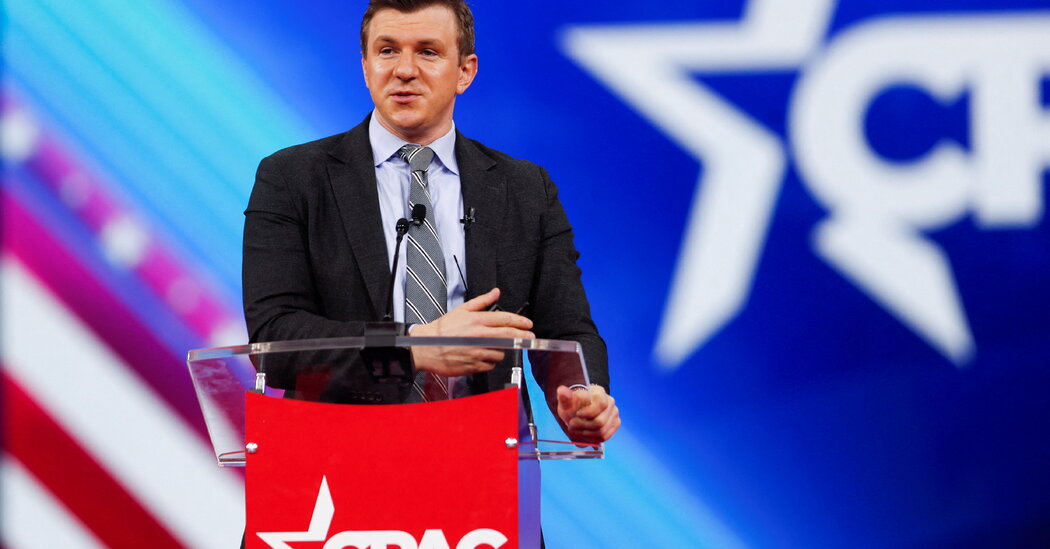 The conservative group Project Veritas said on Tuesday that the Justice Department began secretly seizing a trove of its internal communications in late 2020, just weeks after learning that the group had obtained a copy of President Biden’s daughter’s diary.

In a court filing, a lawyer for Project Veritas assailed the Justice Department’s actions, which involved subpoenas, search warrants and court production orders that had not been previously disclosed and gag orders imposed on Microsoft, whose servers housed the group’s emails.

The disclosure underscored the scope and intensity of the legal battle surrounding the Justice Department’s investigation into how Project Veritas, in the closing weeks of the 2020 presidential campaign, came into possession of a diary kept by Ashley Biden, the president’s daughter, and other possessions she had stored at a house in Florida.

And it highlighted how the Justice Department has resisted demands by the conservative group — which regularly engages in sting operations and ambush interviews against news organizations and liberal groups and has targeted perceived political opponents — to be treated as a news organization entitled to First Amendment protections.

It is highly unusual for the Justice Department to obtain the internal communications of journalists, as federal prosecutors are supposed to follow special guidelines to ensure they do not infringe on First Amendment rights.

Since the investigation was disclosed last fall, federal prosecutors have repeatedly said that because they have evidence that the group may have committed a crime in obtaining Ms. Biden’s belongings, Project Veritas is not entitled to First Amendment protections.

But Project Veritas, in its filing on Tuesday, said that prosecutors had failed to be forthcoming with a federal judge about the nature of their inquiry by choosing not to disclose the secret subpoenas and warrants.

“This is a fundamental, intolerable abridgment of the First Amendment by the Department of Justice,” James O’Keefe, the group’s founder and leader, said in a video.

In its court filing, Project Veritas asked a federal judge to intervene to stop the Justice Department from using the materials it had obtained from Microsoft in the investigation. The group said that federal prosecutors had obtained “voluminous materials” — which in many cases included the contents of emails — from Microsoft for eight of its employees, including Mr. O’Keefe.

The group also disclosed that Uber had told two of its operatives who are under investigation — Spencer Meads and Eric Cochran — that it had handed over information from their accounts in March of last year in response to demands from the government.

Microsoft said in response to questions about the matter that it had initially challenged the government’s demands for Project Veritas’s information, but the company declined to describe what that entailed.

“We’ve believed for a long time that secrecy should be the exception and used only when truly necessary,” said Frank X. Shaw, a spokesman for Microsoft. “We always push back when the government is seeking the data of an enterprise customer under a secrecy order and always tell the customer as soon as we’re legally able.”

According to a person with direct knowledge of the matter, Microsoft had pushed back on the Justice Department’s subpoenas and warrants when the company was served with them in late 2020 and early 2021. But the government refused to drop its demands and Microsoft handed over the information that prosecutors were seeking, the person said.

Because of gag orders that had been imposed, Microsoft was barred from telling Project Veritas about the requests, the person said.

Shortly after the existence of the investigation was revealed publicly last fall, Microsoft asked the Justice Department whether it could tell Project Veritas about the requests, the person said. The department refused to lift the gag orders, the person said.

A little more than a week ago, Microsoft told Project Veritas about the warrants and subpoenas, the person said.

Project Veritas paid $40,000 for Ms. Biden’s diary to a man and a woman from Florida who said that it had been obtained from a home where Ms. Biden had been staying until a few months earlier. Project Veritas also had possession of other items left at the house by Ms. Biden, and at the heart of the investigation is whether the group played a role in the removal of those items from the home.

Project Veritas has denied any wrongdoing and maintained that Ms. Biden’s belongings had been abandoned. The group never published the diary.

Search warrants used in raids last fall on the homes of Mr. O’Keefe and two other Project Veritas operatives showed that the Justice Department was investigating conspiracy to transport stolen property and possession of stolen goods, among other crimes.

In response to the searches, a federal judge, at the urging of Project Veritas, appointed a special master to oversee what evidence federal prosecutors could keep from the dozens of cellphones and electronic devices the authorities had obtained.

Project Veritas said in its filing on Tuesday that at the time the special master was appointed the government should have revealed that it had conducted other searches that could have infringed on the group’s First Amendment rights or could have been protected by attorney-client privilege.

In the final year of the Trump administration, prosecutors in Washington, who were investigating a leak of classified information, secretly obtained court orders demanding that Google, which houses The New York Times’s email accounts, hand over information from four Times reporters’ accounts. In response to requests from Google, the Justice Department allowed it to alert The Times to the demands so the newspaper could fight the orders. A lawyer for The Times, David McCraw, secretly fought the demands, which the government ultimately dropped.