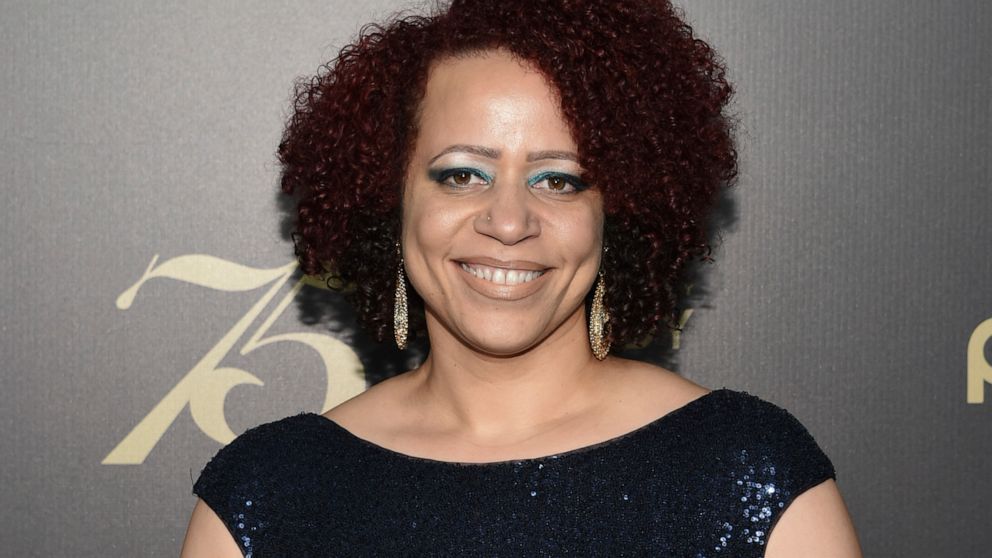 WINSTON-SALEM, N.C. — The pressure on trustees at the University of North Carolina at Chapel Hill to grant tenure to investigative journalist Nikole Hannah-Jones continued to mount Friday as a major funding partner joined the call to change her status and a sought-after chemistry professor decided not to join the faculty over the dispute.

In addition, The Baltimore Sun published an editorial in which it drew a parallel between Hannah-Jones and the Tulsa race massacre of 1921, describing it in a headline as “the whitewashing of American history,” a reference to The 1619 Project led by Hannah-Jones. Some believe conservative criticism of this project is at the heart of the decision by the UNC Board of Trustees to deny her tenure at the school of journalism and media.

Hannah-Jones, who won a Pulitzer Prize for her work on The 1619 Project for the New York Times Magazine, accepted a five-year contract to join the journalism school’s faculty as the Knight Chair in Race and Investigative Journalism. A trustee who vets submissions for tenure postponed consideration of Hannah-Jones’ application in January because of questions about her non-academic background, the head of the board of trustees said last month.

The school said little about why tenure wasn’t offered, but then a prominent donor revealed that he had emailed university leaders challenging her work as “highly contentious and highly controversial” before the process was halted.

The foundation that endows the Knight chair encouraged the trustees to reconsider. Last week, Hannah-Jones issued a statement saying she had retained attorneys from the NAACP Legal Defense Fund as she considers legal action against the school. Dozens of members of the journalism school’s faculty have demanded an explanation.

Student leaders have joined faculty in demanding that trustees reconsider her tenure. A letter signed by professional athletes, writers and academics also assailed the university, saying the trustees “failed to uphold the first order values of academic freedom and the free exchange of ideas.”

A two-page ad appearing in The News & Observer of Raleigh last month featured 1,619 alumni and students at UNC-Chapel Hill who offered their support of Hannah-Jones and called on the school to grant the tenure request.

Dr. Richard Besser, president and CEO of the Robert Wood Johnson Foundation, asked in a letter to Board of Trustees Chairman Richard Stevens for assurances that Hannah-Jones “is being treated fairly and equitably in decisions regarding her appointment.” The letter was first reported by NC Policy Watch.

Besser cited what he called growing evidence showing the role that structural racism and discrimination play in health disparities for people of color in the U.S. It is in that context, he wrote, that he asked for reconsideration of tenure for Hannah-Jones.

“To honor our commitment to ethical conduct and practices, we ask that the UNC Board help us understand the steps it is taking to ensure that Ms. Hannah-Jones is treated fairly and equitably in decisions regarding her appointment,” Besser wrote.

While not directly addressing the tenure situation, university spokeswoman Joanne Peters Denny said in a statement that the school shares the foundation’s commitment to addressing health and racial inequity, and considers the foundation’s investment “critical to our ongoing work to solve the greatest public health challenges of our time.”

The chemistry department at UNC also revealed this week that Lisa Jones, an associate professor at the University of Maryland School of Pharmacy, withdrew her candidacy to come to Chapel Hill, citing the trustees’ decision on Hannah-Jones.

“Hearing of the delay of Nikole Hannah-Jones’ tenure decision led me to reconsider whether the environment at the University of North Carolina would be conducive to the achievement of my academic aspirations, which include promoting diversity, equity, and inclusion,” Jones said in a statement Thursday. “While I have never met Ms. Hannah-Jones, as a faculty member of color, I stand in solidarity with her and could not in good conscience accept a position at UNC.”

Hannah-Jones responded to Jones’ decision on Twitter, saying that “the solidarity shown me by Black women in particular during this crucible is something I will never forget.”

The school declined to comment on Jones’ decision specifically, saying in a response that UNC is “committed to creating and sustaining an inclusive community of students, faculty and staff. We are dedicated to building a diverse learning environment with the highest caliber faculty and we remain committed to that mission.”

In an editorial Friday, the Sun pointed to the country’s history of racism and how some people are made uncomfortable by it while others want to act as if it doesn’t exist, a reference to The 1619 Project.

“There’s no guarantee that there will be a new vote on Ms. Hannah-Jones tenure, and it’s unclear when the board may take up the issue. … But the public pressure has made it clear that history and truth still matter to many in this country,” the editorial said.