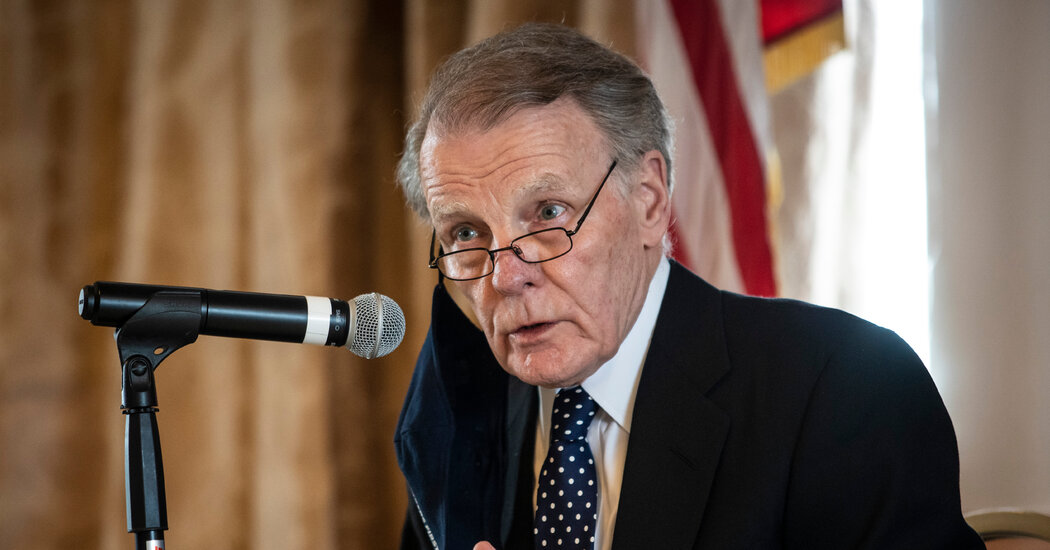 CHICAGO — Michael J. Madigan, the former speaker of the Illinois House of Representatives who for decades wielded extraordinary power over Democratic politics in the state, was indicted on Wednesday on federal racketeering, bribery, wire fraud and extortion charges.

Prosecutors said Mr. Madigan, who also chaired the Illinois Democratic Party, used his position in the State House to solicit bribes from ComEd, an electrical utility, doing legislative favors for the company in exchange for jobs and money for his political allies.

“The indictment alleges a long-term, multifaceted scheme to use public positions for unlawful private gain,” John Lausch, the top federal prosecutor in northern Illinois, said in a statement.

The prosecutor’s office accused the former speaker “of leading for nearly a decade a criminal enterprise whose purpose was to enhance Madigan’s political power and financial well-being while also generating income for his political allies and associates.” The indictment accused Mr. Madigan and a political ally, who was also charged, of accumulating $2.8 million in proceeds from racketeering. Mr. Madigan was also accused of offering to help a Chicago alderman seek an appointment on a state board as part of a scheme to steer business to his law firm.

In a statement, Mr. Madigan rejected the federal charges against him. “I was never involved in any criminal activity,” Mr. Madigan said. “The government is attempting to criminalize a routine constituent service: job recommendations. That is not illegal, and these other charges are equally unfounded.”

Mr. Madigan was a singularly polarizing and powerful figure in Illinois politics, earning the nickname “the Velvet Hammer” for his ability to quietly make or break careers and determine which bills could become law. The charges against him marked another indictment in a decades-long history of corruption allegations at the highest levels of Illinois government, largely but not exclusively against Democrats.

“This is another chapter in the sad story of corruption that has pervaded every corner of the state that was touched by Mike Madigan and his Democrat enablers,” Jim Durkin, the leader of the Republican minority in the State House, said in a statement.

Four former Illinois governors have been found guilty of wrongdoing in recent decades, including Rod Blagojevich, a Democrat convicted of trying to sell a U.S. Senate seat, and George Ryan, a Republican accused of handing out state contracts to friends in exchange for bribes. Alderman Edward M. Burke, a fixture on the Chicago City Council, has pleaded not guilty and is awaiting trial on charges that he used his elected role to corruptly solicit business for his law firm.

Even though indictments of elected officials have continued to arrive, Illinois politicians from both parties have tried in recent years to distance themselves from the state’s history of corruption and the infamous Chicago political machine.

“I am fully committed to eradicate the scourge of corruption from our political system, and today’s indictment is an important step in cleaning up Illinois,” Gov. J.B. Pritzker, a Democrat, said in a statement.

Mr. Madigan left office early last year after fellow Democrats did not back him for another term as speaker. Mr. Madigan, whose district was anchored on Chicago’s Southwest Side, served as House speaker for all but two years between 1983 and 2020.

He had long been known to be under federal scrutiny, as prosecutors charged ComEd and other people accused of involvement in the scheme. But it had remained uncertain until Wednesday whether prosecutors would assemble evidence to charge the former speaker, who was known as a careful political tactician. An arraignment was not immediately scheduled.