Powell tells Congress that Fed will raise rates this month 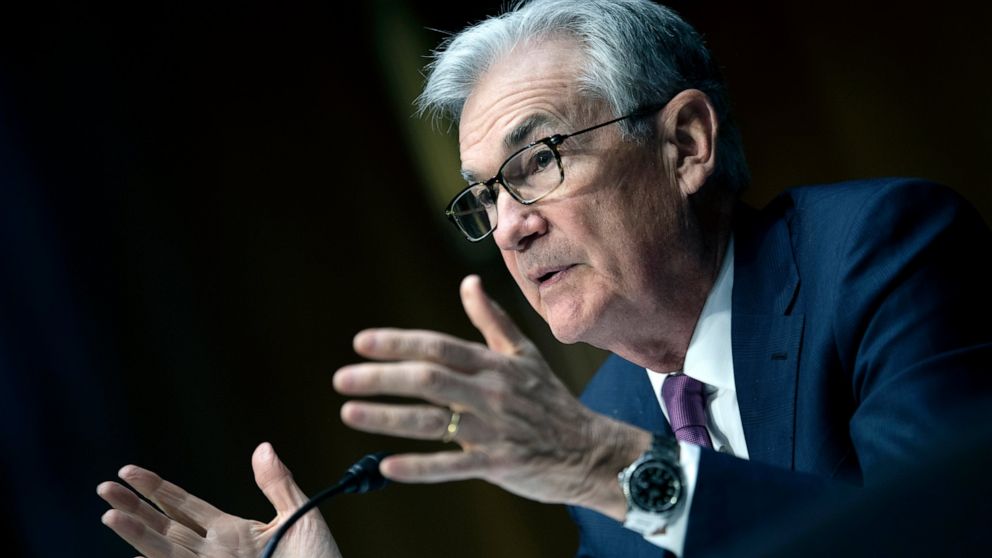 WASHINGTON — Chair Jerome Powell said Wednesday that he supports a traditional quarter-point increase in the Federal Reserve’s benchmark short-term interest rate when the Fed meets later this month, rather than a larger increase that some of its policymakers have proposed.

But Powell did open the door to a bigger hike in the event that inflation, which has reached a four-decade high, doesn’t noticeably decline this year, as the Fed expects it to.

“I’m inclined to propose and support” a quarter-point rate hike to fight the acceleration of inflation that has engulfed the economy in recent months, Powell told the House Financial Services Committee on the first of two days of semiannual testimony to Congress.

Most other Fed officials have in recent weeks supported a similar modest rise, while a few have said they back a half-point hike or are at least open to such an increase. Higher Fed rates typically lead, in turn, to higher borrowing costs for consumers and businesses, including for homes and auto loans and credit cards.

“We have an expectation that inflation will peak and begin to come down this year,” Powell said. But he added: “To the extent inflation comes in higher … then we would be prepared to move more aggressively” by raising rates by more than a quarter point later this year.

The stock market rose in response to Powell’s support of the smaller increase. The S&P 500 jumped 1.7% in mid-day trading.

The Fed chair cautioned that the economic consequences of Russia’s invasion of Ukraine, and the resulting sanctions by the U.S. and Europe, are “highly uncertain” and said “it’s too soon to say” how they might affect the Fed’s policies.

Before Russia’s invasion, the Fed planned to carry out “a series” of rate increases this year, Powell said, potentially at each of the remaining seven Fed meetings. For now, the Fed will “proceed carefully along the lines of that plan.”

Economists have forecast that the Fed will implement five to seven quarter-point hikes this year.

Powell spoke a day after President Joe Biden said in his State of the Union address that “my top priority is getting prices under control.”

This month’s increase would be the first since 2018. And it would mark the beginning of a delicate challenge for the Fed: It wants to increase rates enough to reduce inflation, now at a four-decade high, but not so fast as to choke off growth and hiring. Powell is betting that with the unemployment rate low, at 4%, and consumer spending solid, the economy can withstand modestly higher borrowing costs.

The Fed’s rate is now pegged near zero, where it has been since the pandemic struck in March 2020 and the Fed responded by slashing interest rates to help support the economy.

Powell acknowledged that consumer price increases have jumped far above the Fed’s target of 2% — inflation hit 7.5% in January compared with a year earlier — and that higher prices had persisted longer than expected. He also pledged to use the Fed’s tools to bring inflation back down to its target.

“We understand that high inflation imposes significant hardship, especially on those least able to meet the higher costs of essentials like food, housing, and transportation,” the Fed chair said.

Under questioning by Rep. Roger Williams, a Texas Republican, Powell said he believes the Fed can reduce inflation without tipping the economy into recession. One reason he thinks so, Powell said, is that the economy is strong now, with solid growth and the unemployment rate at a low 4%.

The Fed chair added that the central bank expects inflation to gradually decline this year as tangled supply chains unravel and consumers pull back a bit on spending. Many economists agree with him but nevertheless think inflation will stay elevated. Rising prices are spreading beyond items that were disrupted by the pandemic — autos, electronics, furniture and other household goods — into broader categories of spending, especially rental costs.

Goldman Sachs has raised its forecast for inflation and now predicts that prices, according to the Fed’s preferred measure, will still be rising at a relatively high annual rate of 3.7% by year’s end. That is far above the Fed’s own most recent projection, issued in December, of 2.7%.

Powell said the Fed will also begin reducing its huge $9 trillion balance sheet, which more than doubled during the pandemic when the Fed bought trillions of dollars of bonds to try to hold down longer-term rates. He said the central bank’s policymakers will likely agree on a plan for how to shrink its bond holdings when it meets in two weeks but declined to say when the plan might be implemented.

Oxford Economics, a consulting firm, projects that the Fed will reduce its holdings by about $400 billion this year, which it estimates would have the effect of rates hikes adding up to roughly one-half of a percentage point.

The invasion of Ukraine has driven up oil prices by about 18% to roughly $110 a barrel, which will make gas more expensive. Some economists have forecast that average gas prices could soon reach $4 a gallon, up from a national average of $3.66 Wednesday.

Costlier energy will send inflation even higher than it otherwise would have been in the coming months, bolstering the case for Fed rate hikes. But more expensive gas also deprives consumers of money to spend on other things. This, in turn, will likely hold down consumer spending and potentially weaken the economy — a scenario that would usually discourage the Fed from raising rates.

Powell warned that the war could lead to shortages of such commodities as neon gas and palladium, which are used to produce semiconductors. A lack of computer chips last year slowed production of cars and electronics and contributed to high inflation.

But the Fed chair also suggested that the war’s overall effect on the U.S. economy may be limited as long as the conflict doesn’t significantly escalate. Only about 0.5% of U.S. trade is with Russia.

“Our financial institutions and our economy do not have large interactions with the Russian economy,” he said. “And it’s gotten smaller and smaller in recent years.”