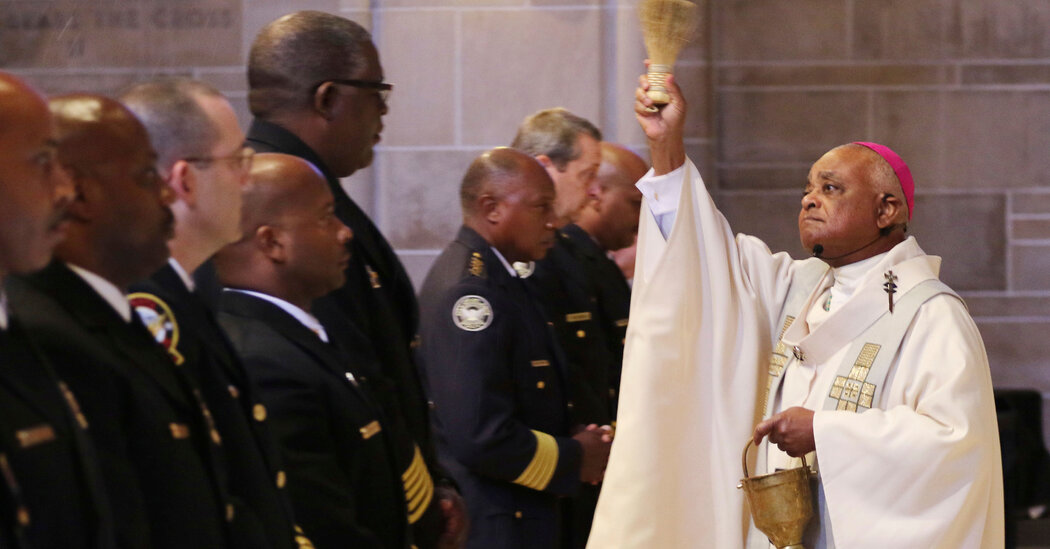 ROME — Pope Francis said on Sunday that Wilton Gregory — the archbishop of Washington and an architect of the U.S. Roman Catholic Church’s zero-tolerance policy in response to its clerical sexual abuse crisis — would be elevated to cardinal, making him the first African-American to hold such a position.

The archbishop is one of 13 new cardinals announced on Sunday.

The elevation of Archbishop Gregory, the first American named as a cardinal since 2016, comes as demonstrations for racial justice and debates over how to address the legacy of slavery and racism have dramatically shifted the conversation about race in the United States. In recent months, Archbishop Gregory has urged the church’s leaders to improve race relations, recalling his time as an auxiliary bishop in the Archdiocese of Chicago, and how important it was for young Black Catholics to see a bishop who looked like them.

“Ours is the task and the privilege of advancing the goals that were so eloquently expressed 57 years ago by such distinguished voices on that day,” Archbishop Gregory said in August during a Mass commemorating the 57th anniversary of the March on Washington. “Men and women, young and old, people of every racial and ethnic background are needed in this effort.”

He added, “We are at a pivotal juncture in our country’s struggle for racial justice and national harmony.”

The archbishop of Washington is often elevated to cardinal. Archbishop Gregory took over a diocese once led by Theodore McCarrick and Donald Wuerl, two prelates tarnished by the church sexual abuse crisis of the early 2000s. Last year, Pope Francis stripped Mr. McCarrick first of his title as cardinal and then of his status as priest after accusations of sexual abuse against him that the church deemed credible. Cardinal Wuerl left the position under a cloud of controversy amid accusations that he had failed to prevent abuse decades earlier in his diocese in Pittsburgh.

Archbishop Gregory, who served for years in the diocese of Atlanta, is also a former president of the U.S. Bishops’ Conference and is considered in line with Francis’ pastoral and welcoming approach in the church.

The ceremony to install the new cardinals is set for Nov. 28, and the Vatican offered no details about how it would conduct the consistory, an ornate ceremony in which the pope physically puts red hats onto the heads of the new cardinals, given concerns over the coronavirus and new restrictions announced in Italy on Sunday.

Usually, new cardinals hold public receptions for well wishers and the faithful in the palaces of the Vatican and its conference hall. With travel restrictions in place for many countries, it is unclear whether some of the bishops will be able to make the trip.

Nine of the 13 men named on Sunday, including Archbishop Gregory, are under 80 and therefore eligible to participate in the next conclave to elect Francis’ successor. The new cardinals chosen by Francis reflect his priorities, making it more likely that the college will elect someone like him.

His list also included Celestino Aos, the archbishop of Santiago, Chile, a boost for the Catholic church in a country where numerous bishops resigned in 2018 after a sexual abuse scandal.

Other new appointees include top Vatican officials like Marcello Semeraro, the prefect in charge of sainthoods; and people who closely represent Francis’ vision, such as Mauro Gambetti, a Franciscan friar and custodian of the Holy Convent of Assisi, which is closely associated with St. Francis. It was that saint whose name the pope, formerly Jorge Mario Bergoglio, adopted upon assuming the papacy.

The appointees who are over 80 and therefore cannot vote in the next papal election include Felipe Arizmendi Esquivel of Mexico; the Rev. Raniero Cantalamessa, a Franciscan friar in the pontifical household; Silvano Tomasi, a former Vatican diplomat to the United Nations; and Enrico Feroci, the former director of Caritas, the church’s charity arm.