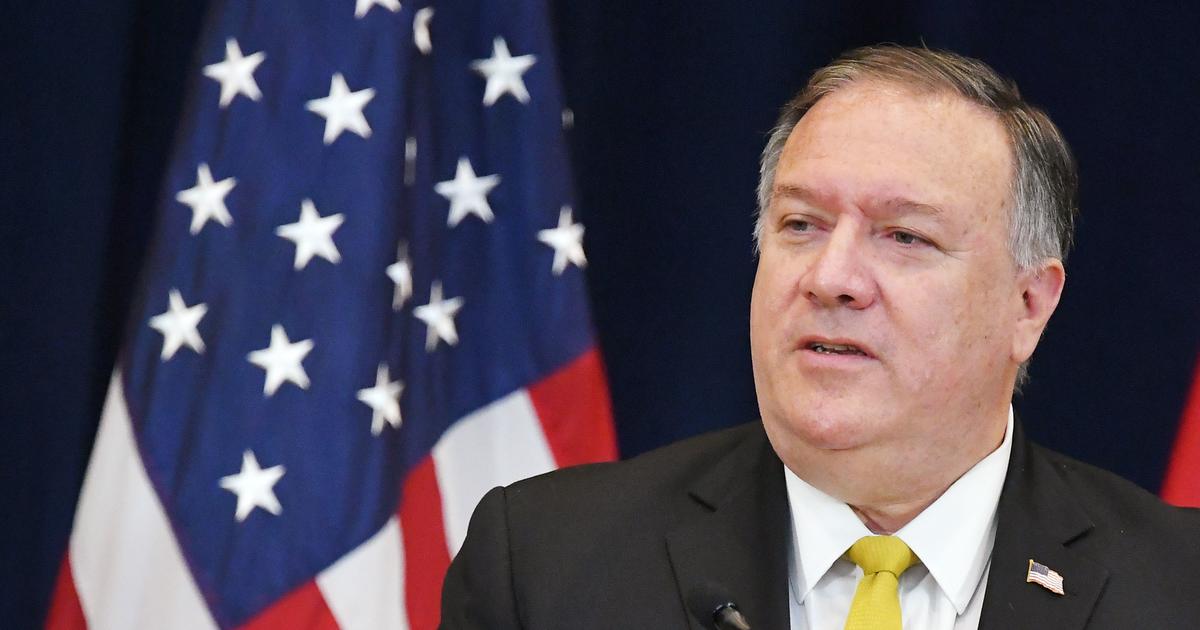 News of the directive comes as Pompeo is set to address the second night of the Republican National Convention in remarks that were taped in Jerusalem. His speaking slot comes in the middle of a five-day swing through the Middle East and Africa.

The secretary of state’s participation in the convention has sounded alarm bells among former diplomats and congressional Democrats, as previous secretaries of state have refrained from participating in the party gatherings.

In the July 24 memo from Pompeo to diplomatic and consular posts regarding political activities, which was circulated by the Democratic-led House Foreign Affairs Committee on Monday, the secretary of state wrote that presidential and political appointees, as well as career Senior Executive Service officials “may not engage in any partisan political activity in concert with a partisan campaign, political party, or partisan political group, even on personal time and outside of the federal workplace.”

Pompeo’s also reiterated to State Department employees that its longstanding policy “is that U.S. citizen employees and family members may not engage in partisan political activity while posted or on [temporary duty] abroad, even on personal time.”

Pompeo also cited in his cable a February 2020 email from Deputy Secretary of State Stephen Biegun regarding political activities for State Department employees. In the email, obtained by Politico, Biegun directed employees to review legal memos from the Office of the Legal Adviser, including one from December stating that “Senate-confirmed presidential appointees may not even attend a political party convention or convention-related event.”

House Foreign Affairs Chairman Eliot Engel, a Democrat from New York, chastised Pompeo for violating his own restrictions on participation in political activities by speaking at the Republican National Convention.

“Once again, the rules go out the window for Secretary Pompeo when they get in the way of serving his political interests and Donald Trump,” Engel said in a statement. “Mr. Pompeo should show real respect for American law, diplomacy and diplomats, and should follow his own guidance, cancel the speech, and watch the RNC from his hotel room after the workday is done.”

Pompeo, however, appears to have no plans to call off his speech, as he tweeted from his personal account Tuesday that “President Trump has ensured the safety of America — and SECURED our many FREEDOMS, which is the cornerstone of this great nation.”

“I look forward to sharing with you how the President has delivered on that mission TONIGHT!” he said.

Ronna McDaniel, chairwoman of the Republican National Convention, also defended Pompeo’s appearance at the convention, telling “Face the Nation” on Sunday that it’s “appropriate” for the secretary of state to highlight Mr. Trump’s foreign policy record.

“The programming, the staging, everything that we’re doing will be paid for by the Republican National Committee and the campaign,” McDaniel said, adding the Republicans are “not using taxpayer dollars to pay for our convention.”